Former airman Devin Patrick Kelley killed 26 people and wounded 20 others when he opened fire at the First Baptist... 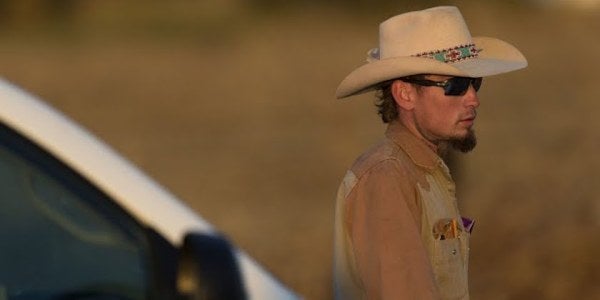 Former airman Devin Patrick Kelley killed 26 people and wounded 20 others when he opened fire at the First Baptist Church of Sunderland Springs, Texas on the morning of Nov. 5 — and he might have escaped had it not been for the efforts of two complete strangers.

Johnnie Langendorff was driving on his way to his girlfriend's house near the church when he stumbled upon Kelley, clad in what law enforcement authorities have described as “black tactical gear and a ballistic vest” and armed with multiple weapons, trading gunfire with an unidentified church neighbor. After a few minutes, Kelley entered his Ford Explorer and fled the scene, leaving the neighbor to recruit Langendorff for a simple mission: We can’t let this scumbag get away.

“I never got a look at [Kelley] … I saw the gunfire,” Langendorff told the Washington Post. “[The second man] briefed me quickly on what had just happened and said he had to get him, so that’s what I did.”

To the average American, Langendorff looks like the epitome of a Texan: a slow drawl and the prongs of a longhorn tattooed across his neck. Langendorff sped through traffic in hot pursuit of Kelley, approaching 100 mph and feeding instructions to police dispatchers while his anonymous partner sat shotgun.

After several nerve-wracking minutes, Kelley lost control of his SUV, weaving from the road to a dirt ditch just over 10 miles from First Baptist. Langendorff, still on the phone with police, parked his truck 25 yards away. His partner, still gripping his rifle, sprang into action.

“The gentleman that was with me got out, rested his rifle on my hood and kept it aimed at him, telling him to get out, get out,” Langendorff told the Washington Post. “There was no movement, there was none of that. I just know his brake lights were going on and off, so he might have been unconscious from the crash or something like that, I’m not sure,” he said.

State and local law enforcement arrived at the site of Kelley’s SUV within a few minutes — and while officials told the Washington Post that they had yet to determine if the gunman died as a result of a self-inflicted gunshot wound or gunfire exchanged with the neighbor who rushed to the grounds of First Baptist, Langendorff likely helped facilitate his capture.

Kelley’s motive remains a mystery. The 26-year-old former airman served from 2010 to 2012 at the Logistics Readiness at Holloman Air Force Base in New Mexico before receiving a bad conduct discharge in 2014 for assaulting his wife and child, Air Force spokesman Ann Stefanek told reporters on Nov. 5. Kelley was sentenced to a reduction in rank and a year in military detention; due to the nature of his discharge, Kelley was prohibited from purchasing or possessing a firearm under federal law.

The shooting is the deadliest in Texas history — and the deadliest to occur in a church since Dylann Roof slaughtered 9 parishioners at a Charleston, South Carolina house of worship in 2015. But Langendorff didn’t know any of this: As he told reporters, he “just acted” when he learned what had happened inside First Baptist.

“The other gentleman said we needed to pursue (the shooter) because he shot up the church,” he told reporters. “So that's what I did.”