Devin Kelley Murdered 26 People With Legally-Purchased Firearms. The Air Force Could Have Prevented It ‘Multiple’ Times

The failure of the U.S. Air Force to report a domestic violence conviction to civilian authorities “had drastic consequences” that... 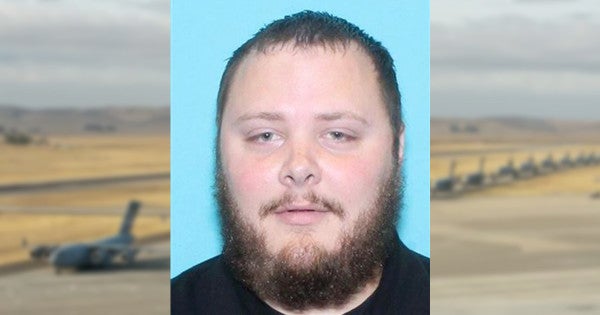 The failure of the U.S. Air Force to report a domestic violence conviction to civilian authorities “had drastic consequences” that led to the shooting deaths of 26 people and the wounding of 22 others at a Texas church in 2017, and it “should not have occurred,” according to a new report released Friday from the Pentagon Inspector General.

On Nov. 5, 2017, former Air Force service member Devin Kelley, 26, used three legally-purchased firearms to carry out the deadliest church shooting in U.S. history at First Baptist Church in Sutherland Springs, Texas. But as the report makes clear, there was “no valid reason” why the service failed on multiple occasions to submit fingerprints to the FBI — which would have prevented the purchase of those weapons.

“As described in detail in this report, in November 2012, while in the USAF, Kelley was the subject of two law enforcement investigations, one led by the 49th Security Forces at Holloman Air Force Base (HAFB), the other led by the Air Force Office of Special Investigations (AFOSI) Detachment 225,” the report said.

“As a result of the investigations, Kelley was convicted by General Court-Martial of an assault on both his wife and stepson, which is reportable to the FBI in accordance with DoD policy. This conviction should have prevented Kelley from purchasing a firearm from a licensed firearms dealer.”

Kelley's fingerprints or final disposition report should have been submitted to the FBI on a number of occasions: After the service established probable cause that Kelley had assaulted his stepson and wife; at the conclusion of his court-martial, and when he entered post-trial confinement.

Air Force prosecutors were well aware of Kelley's penchant for violence: In 2012 he was convicted at court-martial of “fracturing his baby stepson's skull and assaulting his first wife,” NBC News reported.

But despite being sentenced to military prison for a year, being reduced in rank to an E-1, and receiving a bad conduct discharge, the details of his past were not reported to civilian authorities.

The report concluded that a number of Air Force personnel were either not aware or did not understand the policy of sending fingerprints to the FBI, or they simply did not follow them.

“However, the USAF did not submit Kelley’s fingerprints and final disposition report to the FBI at any time,” the IG report said, in a particularly damning passage. “If Kelley’s fingerprints were submitted to the FBI, he would have been prohibited from purchasing a firearm from a licensed firearms dealer. Because his fingerprints were not submitted to the FBI CJIS Division, Kelley was able to purchase firearms, which he used to kill 26 people at the First Baptist Church of Sutherland Springs on November 5, 2017.”

The report concluded that Air Force personnel had “four opportunities” to collect and submit Kelley's fingerprints to the FBI, and two opportunities to submit his final disposition report, “as required, but never did so.”

Any one of those reports would have raised red flags at the time Kelley later purchased his weapons.

“In sum, we concluded that there was no valid reason for the USAF’s failures to submit Kelley’s fingerprints and final disposition report to the FBI CJIS Division.”

You can read the full IG investigation below