These are the faces of extremism in the military [Updated]

It only takes one to wreak havoc in the ranks. 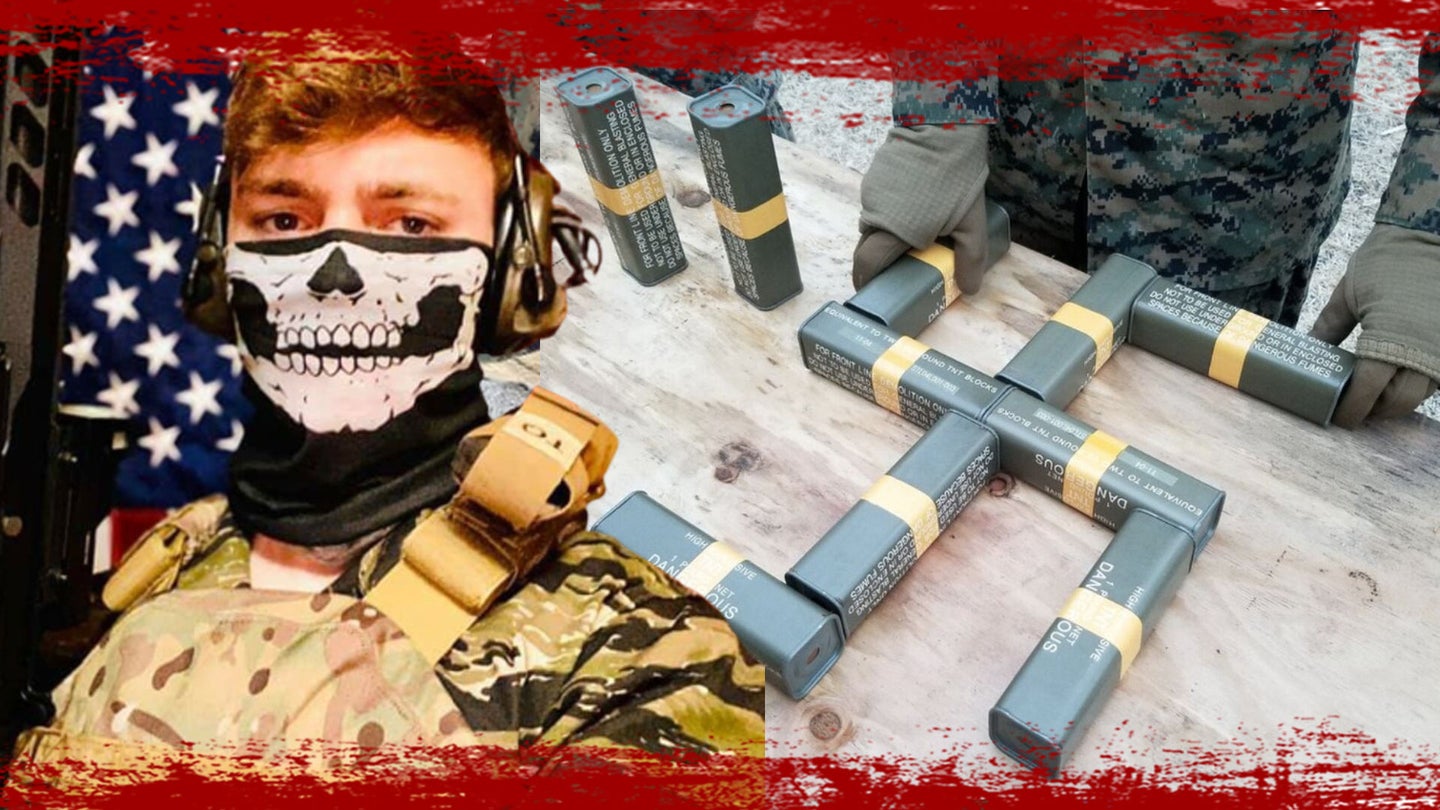 No one knows exactly how many extremists are in the U.S. military, but it takes only one to wreak havoc within the ranks.

Ethan Melzer is a prime example, according to prosecutors. Last year, the 22-year-old Army private allegedly plotted with a Satanic neo-Nazi group to carry out a “mass casualty” attack on soldiers of his airborne unit during a deployment to Turkey, according to the Justice Department.

Brandon Russell is another. Seventeen months after joining the Florida Army National Guard in January 2016, the Timothy McVeigh acolyte was exposed as a founding member of a neo-Nazi group following his arrest for possession of explosive material. He’ll be released from prison in January 2023.

Although the vast majority of military members serve honorably, extremists have long viewed the armed services as a fertile recruiting ground. An FBI assessment distributed to law enforcement agencies in February concluded that white supremacists would “very likely seek affiliation with military and law enforcement entities in furtherance” of their ideologies, as ABC News reported. But the warning signs go back more than a decade: a 2009 Homeland Security report warned that military veterans possess combat skills and experiences that are attractive to right-wing extremists in particular.

In recent years, experts have sounded alarm bells over the rise of extremism within the ranks. For many, that issue was brought to the fore in the wake of the Jan. 6 attack on the U.S. Capitol. This was in part due to revelations that more than 50 of those charged after the riot had a military or law enforcement history — raising fears that anti-government and other extremist sentiments had taken root within the military and veterans community.

“If you disagree with the U.S. Constitution and you disagree with the laws of this country so strongly that you think our government is no longer legitimate, then you have no business serving in the U.S. military and you should get out now,” Rep. Adam Smith (D-Wash.) said during a House Armed Services Committee hearing on military extremism in March.

In order to gauge the scope of the problem in the military for service members, veterans, lawmakers, and researchers alike, Task & Purpose compiled this list of dozens of current and former service members sentenced for, discharged over, or identified in news reports as having ties to extremist activity in the past five years. Many have been removed from military service as a direct result of their alleged ties and actions. Some have not.

The Pentagon didn’t answer questions from Task & Purpose on whether any of the military members below were still serving. But officials publicly admit the Department of Defense doesn’t collect data on extremists. Nor do the military service branches, which typically kick out service members found to be promoting racist, sexist, or other bigoted views through an administrative procedure that is less severe than court-martial.

Why is that an issue? History shows what happens when the problem is ignored: During the late 1960s, the Pentagon noticed an uptick in violent incidents at military bases spurred by “perceived patterns of racial discrimination” in the military and surrounding communities, according to a Congressional Research Service report. The Department of Defense was “ultimately compelled to act” and instituted numerous reforms after a barracks altercation between a Black airman and a White airman at Travis Air Force Base in 1971 escalated into riots that left a civilian firefighter dead, 10 people injured, and hundreds in police custody. Even so, the Pentagon didn’t order service members to reject supremacist organizations until 1986, nearly a decade after more than a dozen Marines belonging to the Ku Klux Klan had freely handed out leaflets on base for a white supremacist group with a long, violent history of terrorizing minorities.

While our list is almost certainly incomplete, it’s important to remember that the names on it represent barely a fraction of the more than 2 million service members currently on active duty and in the reserves. It may seem strange, then, that Defense Secretary Lloyd Austin prioritized combating extremism in the military shortly after President Joe Biden took office. Austin announced a 60-day “extremism stand down” in February, which critics believe is part of an effort to “purge” conservatives from the ranks.

“I want to root out of the military those who actively participate in vile and violent hate groups,” Rep. Mike Rogers (R-Ala.) said in March. “But it’s important to remember that extremist behavior is already prohibited by the Uniform Code of Military Justice and by each service’s own regulations … This is far from the largest military justice issue facing our armed services.”

But as the cases of Melzer and Russell show, there can be “serious negative consequences” for the military when extremists make it into the ranks, according to a 2020 report from the Anti-Defamation League, including physical harm to fellow service members, theft of military equipment, security breaches, and harm to morale and unit cohesion — the latter critical to mission success and group survival in combat.

“This is behavior that can really tear at the fabric of our institution,” Austin said in March. “And so we want to make sure that our troops are reminded of what our values are, reminded of the oath that we took coming in.”

The rules on what to do with a Marine found posting racist memes to Facebook or a Coast Guard officer amassing weapons for a potential race war can be found in a Defense Department instruction that was last updated in 2012. A key part of the regulation states that troops should not promote supremacist, extremist, or criminal gang doctrine, including ideology or causes “that advance, encourage, or advocate illegal discrimination based on race, creed, color, sex, religion, ethnicity, or national origin.”

Yet despite these guidelines, joining extremist groups is allowed as long as a service member isn’t an “active participant.” It’s a loophole the Pentagon says it’s working to close, though it’s unclear when that might happen. Pentagon spokesman John Kirby said earlier this month it’s “not something” that is in “the immediate actions.”

“It’s not just about group membership,” Kirby said. “It’s about the ideology and the conduct that the ideology inspires … Some of this radicalization occurs on an individual level, and some of it happens based on interaction and social media circles, and some of it happens with interaction with peers and colleagues – and not all those peers and colleagues are in the ranks.”

Did we miss any? Please tell us in the comments below or email paul@taskandpurpose.com, or use a ProtonMail account to securely email paulszoldra@protonmail.com.