Tech Sgt. Cory Reeves has been discharged from the Air Force a year after being demoted for alleged ties to a white nationalist group. 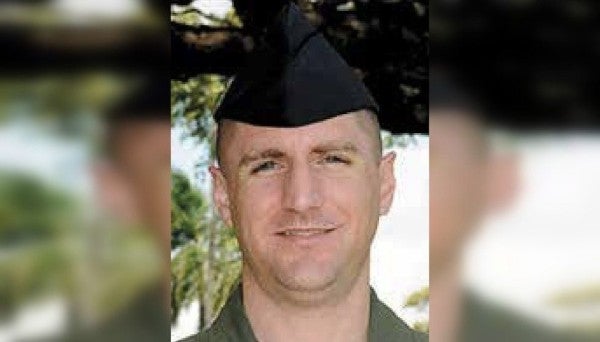 A year after being demoted for alleged ties to a white nationalist group, Air Force Tech Sgt. Cory Reeves has been discharged from the service, Air Force spokeswoman Ann Stefanek said on Thursday. Stefanek said Reeve's discharge characterization is not releasable.

Before the investigation, Reeves was an operations superintendent with 2nd Space Operations Squadron, according to Air Force Times. Air Force Times was first to report that Reeves would stay in the Air Force at a lower rank.

Reeves was busted down from the rank of master sergeant in Sept. 2019. Stefanek said at the time that his job title was “technician.” He was assigned to Schriever Air Force Base in Colorado Springs.

“Our core values demand that airmen treat others with genuine dignity, fairness, and respect at all times whether their actions are in person or on social media,” Stefanek said at the time. “When airmen fall short of this expectation, they are held accountable. Each case is evaluated based on the facts presented.”

Three months later, in Dec. 2019, The Denver Post reported that Reeves was facing possible discharge from the service.

Identity Evropa was one of the most visible white nationalist organizations in Colorado before it was rebranded, The Denver Post reported. Identity Evropa members frequently plastered their stickers and posters on college campuses and other well-trafficked areas, like Denver's 16th Street Mall. Its members believe white people should maintain supermajorities in Europe and the U.S.

Reeves was identified as a leader of the Colorado branch after a nonprofit group leaked Identity Evropa's internal chat messages, The Denver Post reported. Reeves posted selfies in the chat messages and photos of himself and others placing stickers and painting a mural of the group's logo purportedly under a Denver overpass.

Reeves is far from the only white supremacist in the military. Recent discoveries include:

“The terrorist acts may differ from Islamic State attacks in degree, but they are similar in kind: driven by hateful narratives, dehumanization, the rationalization of violence and the glorification of murder, combined with ready access to recruits and weapons of war,” wrote retired Marine Gen. John Allen and former diplomat Brett McGurk in an op-ed for the Washington Post in August 2019.

Their warning followed federal authorities’ announcement that they would treat a mass shooting at a shopping center in El Paso, Texas as a domestic terrorism case.

“The matter is too urgent to wait for new national leadership,” the retired officials said. “At stake is nothing less than the protection of the American people and our way of life.”