“This is a long-term commitment. This will outlast me.” 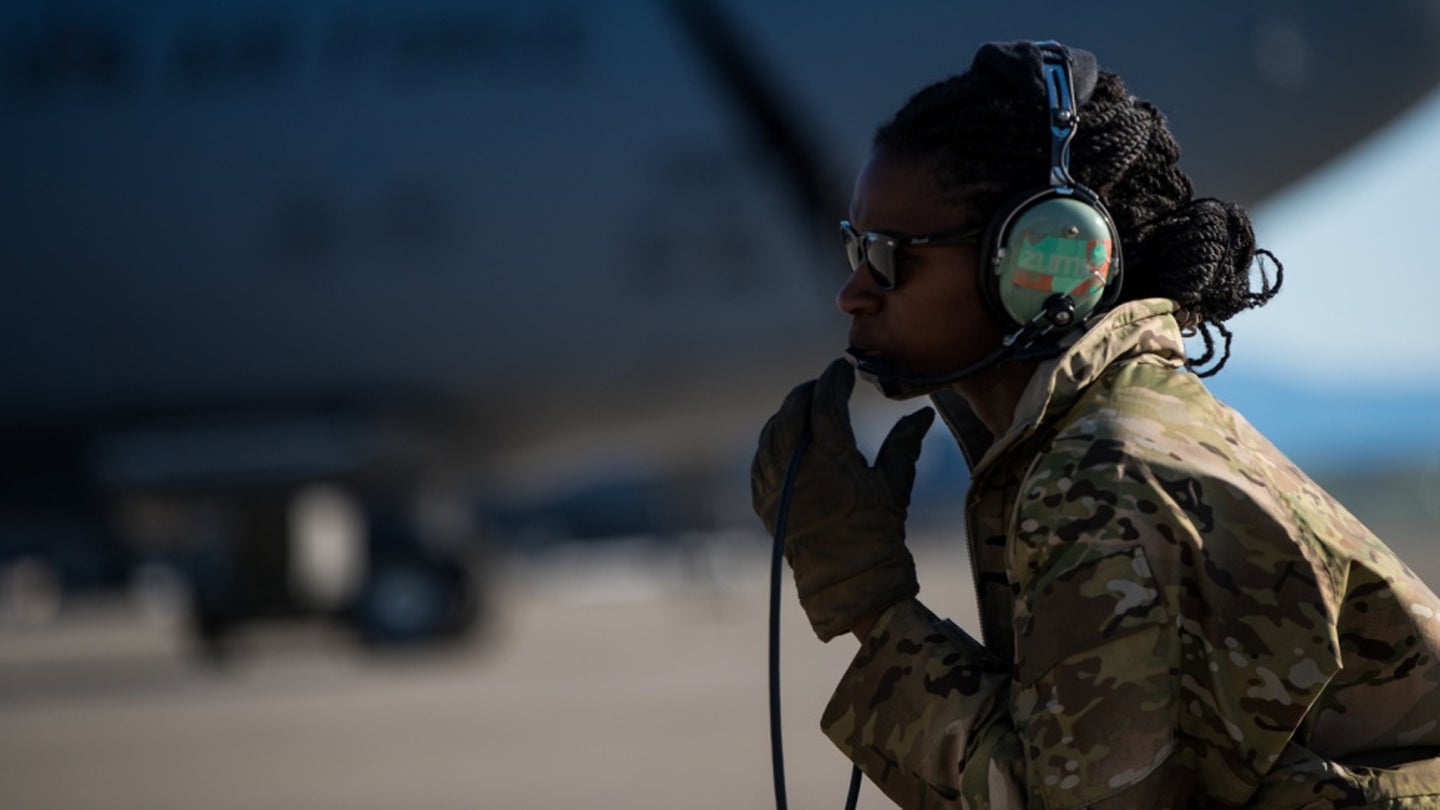 An extensive review of racial disparities in the Air Force and Space Force released on Monday reveals startling differences between Black and white airmen and guardians in terms of professional development and military discipline, such as the fact that Black enlisted airmen and guardians are 74 percent more likely than their white peers to receive an Article 15 and 60 percent more likely to face a court-martial.

The review also found that Black airmen were overrepresented in support roles rather than operations fields, which promote faster and might explain why fewer Black officers rise as high in the ranks as white officers.

For example, only about 2 percent of the 15,000 active duty Air Force pilots are Black, and Black service members are underrepresented in the upper enlisted and officer ranks.

Other significant findings include:

The review was kicked off in June, a month after a stinging report by the advocacy group Protect Our Defenders found racial disparities in the Air Force military justice system. That report, plus nationwide protests in the wake of the killing of George Floyd, prompted the service to take a serious look at the differences between the experiences of Black and white airmen.

Still, the review had to be limited in its scope for the Air Force to complete it relatively quickly, Air Force Inspector General Lt. Gen. Sami Said told reporters on a press call on Monday. His team studied the rates at which Black and white airmen achieved major milestones, such as professional development and promotions, or setbacks such as disciplinary actions and investigations.

The study found disparities in the apprehensions, criminal investigations, military justice, administrative separations, placement into occupational career fields, certain promotion rates, professional military educational development, and leadership opportunities for Black airmen and guardians. When the team found a consistent deviation in racial representation at these milestones, they flagged it as a disparity, Said explained.

“While the presence of a disparity alone is not evidence of racism, discrimination, or disparate treatment, it presents a concern that requires more in depth analysis,” the team wrote in its report.

However, the review did not include an in-depth analysis of why those disparities exist. Instead, the decision of whether to conduct a root cause analysis was left to the discretion of each Air Force command where disparities were found.

Finding the root cause is one of several steps that are part of the Air Force’s plan to not only address disparities but fix them. Within 60 days, leaders within the Air Force responsible for areas where disparities are found must analyze the cause of the disparity and develop an action plan for reporting them, Said said. Six months from now, the Inspector General will check in with each leader to see how the action plans are being carried out. A year from now, the Inspector General will check in again to see how effective the measures have been.

“We will repeat that cycle until we’re confident we have addressed these issues,” Said told reporters. “This is a long-term commitment. This will outlast me.”

This is not the first time the Air Force has studied racial issues within its ranks. The review team studied 23 previous reports and studies related to diversity and racial disparities dating back to 1973, but those often did not identify root causes or compel follow-through actions, the team wrote. In fact, Said said that when the Air Force put out calls for surveys, many Black airmen expressed skepticism that anything good would come of this most recent effort. The general said the review team had to establish a commitment to hearing the airmen’s voices and ensuring that the Air Force would act on them.

Despite the skepticism, the review team received 123,000 survey responses in a two-week period, along with 27,000 single-spaced pages of free text comments. The review team also listened to 1,300 airmen and guardians in small groups across the Air Force and Space Force.

“We can’t recall that kind of response ever,” Said said. “We were just drowned with the feedback … which was awesome.”

Previous attempts to understand bias and disparities did not pan out because they did not attempt to explain why those problems exist, the review team wrote. Even worse, the Protect Our Defenders report released this May found that a disparity working group the Air Force formed in 2016 met for only three months, and its discoveries were ignored by service leaders. The Air Force then slow-walked and heavily redacted multiple Freedom of Information Act requests made by POD to find out more about the working group, and it was only after three years of legal battles that the branch finally turned over the documents.

Perhaps in response to that report, the Air Force emphasized its commitment to making changes and tracking their effectiveness.

“Past studies and initiatives failed to effectively address the racial disparities, in part, due to lack of followthrough, long-term commitment, accountability, and consistent involvement by leaders,” the review team wrote. “The racial disparities identified, combined with the personal experiences of our service members, require attention to ensure fair and equitable treatment for all of our Airmen and Space Professionals.”

Now at least the Air Force has an action plan to get at the problem. The end of the report includes several preliminary steps from Air Force commanders, such as expanding mentorship programs for minorities, updating the military justice and analysis systems, and better bias training for legal professionals, supervisors and commanders.