The Department of Veterans Affairs is being sued for $500,000 in emotional damages after a vet’sshort-lived relationship with his VA... 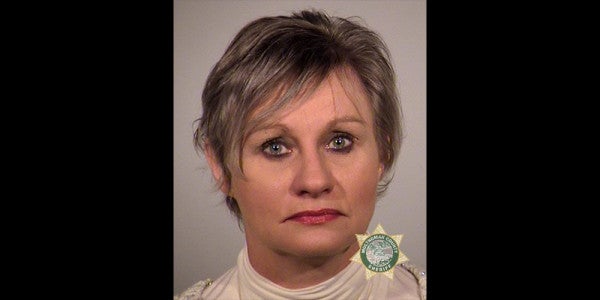 The Department of Veterans Affairs is being sued for $500,000 in emotional damages after a vet’sshort-lived relationship with his VA therapist spiraled out of control.

Luke Kirk, a 100% service-disabled patient at the Portland VA Medical Center, and his therapist, Ami Diane Phillips, had a personal relationship that extended well past the bounds of propriety (and VA regulations) from mid-April till early June of 2016, according to a Feb. 5 report by The Oregonian.

The relationship involved alleged sexual advances, marriage proposals, thousands of private text messages, a proposal to adopt and raise a child, and drinking, as well as phony claims about extortion and a death threat.

In a lawsuit filed Feb. 1, Kirk alleges that Phillips, a licensed social worker employed by the department, falsely reported him to VA police as dangerous in retaliation for his ending their relationship. Phillips already pleaded guilty last year to attempted coercion and initiating a false report and is serving two years probation, but in his suit, Kirk claims the VA should be liable for his therapist’s misconduct.

The lawsuit also alleges that “Phillips engaged in behavior that fell below the professional standards for a social worker,” including “physically touching, hugging, and kissing” Kirk during their sessions, according to documents obtained by The Oregonian.

The suit goes on to detail instances where the VA social worker would allegedly sit on a counter and drape her legs over Kirk — who, according to the suit, would “lean on Phillips, resting his head on her breast.”

During the relationship, the two exchanged some 4,000 text messages on their personal phones, met socially to drink, and continued to meet for their regular therapy sessions. Phillips allegedly asked Kirk to marry her, so they could adopt and raise a child. She also reportedly tried to initiate a sexual tryst with the patient; according to the lawsuit, he rebuffed her.

Kirk is seeking half a million dollars in damages for emotional distress, plus $6,000 to cover the moving costs from Portland to California, where he can be closer to his family for emotional support. The suit alleges that Kirk feared criminal prosecution and interference with his progress in therapy, arguing that the affair led him to lose trust in the VA’s medical and mental health care services.

Curt Cashour, a Veterans Affairs spokesman, declined to weigh in on Kirk’s suit, Phillips’ VA tenure, or the pair’s relationship, saying only that the “VA doesn’t typically comment on pending litigation.”