Late last year, the Department of Veterans Affairs announced that it would officially launch the veteran ID card program Nov.... 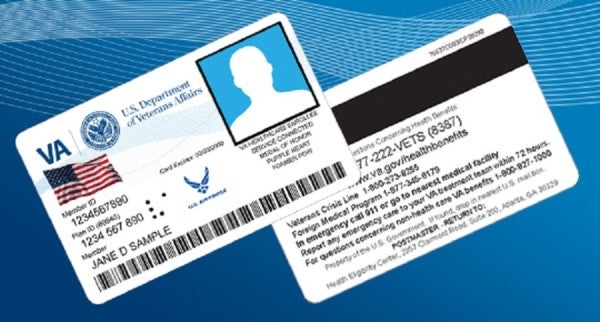 Late last year, the Department of Veterans Affairs announced that it would officially launch the veteran ID card program Nov. 29. Gone would be the days of stuffing a laminated DD-214 into your back pocket before scoring hardware discounts at Home Depot discounts or free grub from Applebees on Veterans Day. Finally, there’d be proof of one’s service in the form of a glossy white ID card.

Thank you for your service, Joe Veteran.

At least, that was the hope. Instead, the Nov. 29 rollout of the program was fraught with problems. Many applicants — including seven vets at Task & Purpose who tested the application system — reported broken links or error messages. Though the Veteran ID card application page has remained online since it launched, vets who were unable to complete the process were asked to leave their email address with the department, which would get back to the applicants at a later time. More than 136,000 Veterans provided their emails and 1,145 submitted help-desk tickets due to errors, Curt Cashour, the press secretary for the Department of Veterans Affairs told Task & Purpose.

As of Jan. 29, Veterans can once again again submit online applications online, and this time — the applications actually go through. Several T&P; staffers successfully ran through the application process, and barring one case where a veteran’s photo was inverted, it seemed to work fine.

Clearly, the process isn’t Marine-proof, yet.

“We are excited finally to begin providing this resource to Veterans, fulfilling a promise that was made to them more than two years ago under the previous Administration, which never followed through on it,” Cashour told Task & Purpose on Jan. 30. (That last line about following through is an apparent reference to the 2015 Veterans Identification Card Act, a bipartisan effort between Congress and then-President Barack Obama to get vets a hard-copy photo ID.)

All veterans with an honorable or general discharge can request the new ID cards. Keep in mind, they don’t replace VA medical cards or defense retiree cards, nor are they official government-issued forms of identification — so you can’t use it to board a plane, or by booze. But, they are handy for when you’re in a checkout line and spot a “10% off for veterans” discount sign.

But as of Jan. 30, the VA has received and begun processing 16,179 applications, and vets can expect to receive the printed IDs come March, Cashour told Task & Purpose. In the meantime, those with an approved application can download the image of their ID card from the website, and either print it out, or show it on on a mobile phone, to get those sweet patriot prices.

UPDATE: This story was updated to include details on the number of help-desk tickets opened due to errors during the Veterans ID card application rollout. (1/30/2018; 1:55 pm)