The VA’s Improper Payments Are Getting Worse, Not Better

The Department of Veterans Affairs cost taxpayers $5.5 billion dollars in improper payments last year, according to a new report... 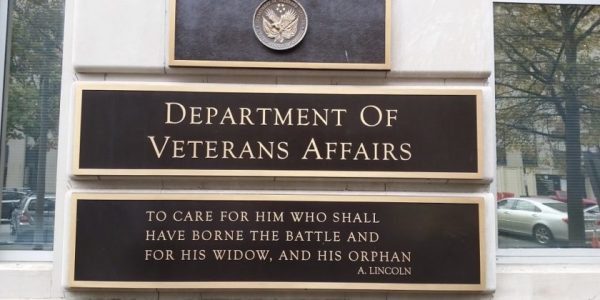 The Department of Veterans Affairs cost taxpayers $5.5 billion dollars in improper payments last year, according to a new report by the Veterans Affairs Office of Inspector General published Monday. An improper payment is any payment that “should not have been made or that was made in an incorrect amount under statutory, contractual, administrative, or other legally applicable requirements,” according to the report.

The two biggest offenders for the department were VA Community Care and Purchased Long Term Services and Support, which had improper payment rates of 75% and 69%, respectively. That means that with VA Community Care, three out of every four payments made were incorrect. What’s more, the improper payment rate for these two programs actually increased from the year prior, when VA Community Care had a rate of 54.77% and PLTSS of 59.14%, despite the fact that the inspector general made explicit recommendations in 2015 to help improve payment processes for these two specific programs.

This is far from an isolated problem, and it’s one that goes well beyond the VA. For the fourth year in a row, the federal government has increasingly wasted money on improper payments — incorrectly spending $144 billion in 2016, compared to $137 billion in 2015, according to the Federal News Radio.

At the VA, the agency did see a decrease in incorrect payments for three Veterans Benefits Administration programs — compensation, pension, and Post-9/11 GI Bill — of more than $1.25 billion compared to 2015. However, it was the two Veterans Health Administration programs — Community Care and PLTSS — that led to the overall increase. Community Care alone saw a total of $1.4 billion improper payments, or 25% of the total amount that year.

In two other cases — the Post-9/11 G.I. Bill and the Supplies and Materials Program — improper payment estimates were considered “unreliable” because of “weaknesses in sample evaluation procedures,” the OIG reported.

It may be tempting to cry negligence on the VA’s part, but bureaucratic red tape may be partially to blame for the improper payments, Carlos Fuentes, the national legislative service director for Veterans of Foreign Wars, told Task & Purpose.

“The community care and long-term care improper payments would be dramatically reduced if Congress were to pass provider agreement authority, which the VFW supports and has urged Congress to swiftly consider and pass,” Fuentes said. “This authority would allow VA to pay for care that cannot be delivered through [Federal Acquisition Regulation]-based contracts, which are now considered improper payments.”

Though, that doesn’t excuse the VA from all responsibility, and the department “must be a good steward of the precious resources it’s given to care for our nation's veterans,” Fuentes said.

UPDATE: This article has been updated to include a statement from Veterans of Foreign Wars. (Updated 5/15/2017; 7:05 pm EST)