VA Is Still A ‘High Risk’ For Mismanagement And Waste, Government Report Says

The Department of Veterans Affairs health care system was again declared a “high risk” area of government, susceptible to waste... 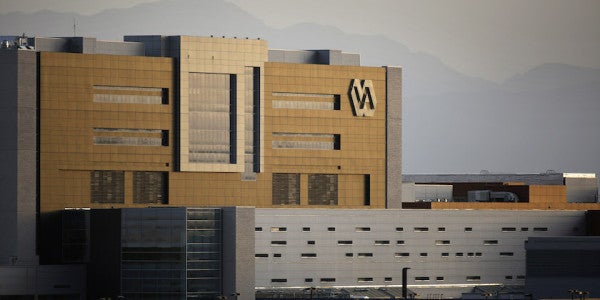 The Department of Veterans Affairs health care system was again declared a “high risk” area of government, susceptible to waste and mismanagement and in need of more oversight.

The Government Accountability Office, a leading government watchdog, presented to Congress on Wednesday its biennial report of government programs that are vulnerable to fraud, waste, abuse and mismanagement. VA health care was listed as one of 34 high-risk areas in the nearly 700-page report.

The VA was first designated as high risk in 2015, following the discovery that veterans suffered long waits for care at VA facilities. The department didn’t improve enough to be removed this year, the report states. The GAO cited a “lack of progress” and noted ongoing issues at the VA with accountability, information technology, staff training, ambiguous policies and cost efficiency.

“It certainly underscores that the Veterans Health Administration has not made enough progress towards providing quality care for our veterans,” Rep. Phil Roe, R-Tenn., said in a written statement. Roe is chairman of the House Committee on Veterans’ Affairs.

“As I’ve said time and time again, VA should have the resources necessary to serve veterans, but we must also take a close look at how the department is allocating the resources they’ve been entrusted,” the congressman said.

At a hearing last month, Roe said he didn’t think the VA was spending its budget wisely, and that improvements wouldn’t come solely from a budget increase.

“Although VA’s budget and the total number of medical appointments provided have substantially increased for at least a decade, there have been numerous reports in this same period of time… of VA facilities failing to provide timely health care,” the report reads.

VA officials did not respond Thursday to a request for comment about the report.

The GAO regularly investigates the VA and issues recommendations for how the department could improve. When the VA was first placed on the high-risk list, it had implemented only 39 of 178 recommendations made since 2010.

In the past two years, the VA has worked on the recommendations more aggressively, implementing 122 of the new total of 244.

The VA made an action plan to work on the issues, but the plan was missing an analysis of the root causes of problems and the ability to clearly measure progress, the GAO said.

Michael Missal, VA inspector general, testified Wednesday to a Senate committee about investigations his office has conducted in the past two years into the VA, including a finding that the agency overspent about $1 billion in constructing a new hospital in Aurora, Colo.

He committed to initiating more investigations to weed out issues and help the VA improve.

According to the GAO, the Senate and House veterans’ affairs committees held more than 70 hearings in the past two years to address challenges at the department. The GAO asked the committees to keep paying attention.

“We all have a responsibility to ensure the VA has the resources they need to provide quality, timely care for veterans,” he said.