A congressional committee and the Department of Veterans Affairs have opened an investigation into a veteran found dead in his... 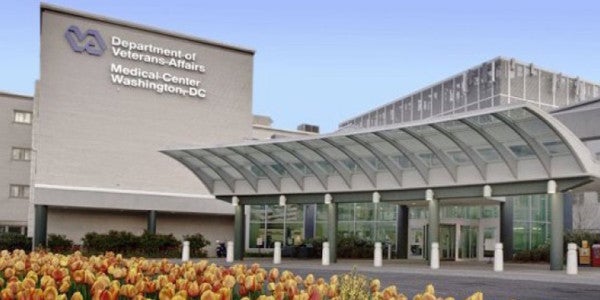 A congressional committee and the Department of Veterans Affairs have opened an investigation into a veteran found dead in his vehicle parked at the VA medical center in Washington, D.C.

The veteran’s sister found her brother inside his vehicle at the Washington, D.C. Veterans Affairs Medical Center about 8:30 p.m. May 16. He was reported missing May 15 when he didn’t return from an appointment at the facility, The Associated Press reported.

The veteran was “slumped over and unconscious,” according to a report by the Metropolitan Police Department. The VA chief of police and a VA investigator arrived at the scene and a medic pronounced the veteran dead before police arrived at the hospital, according to the report. A medical examiner is determining the cause of death. The name of the veteran has not been released yet.

The hospital director, retired Army Col. Lawrence Connell, told NBC Washington that he was investigating why the veteran wasn’t discovered sooner after he was reported missing.

VA officials in Washington would not comment Friday about the circumstances of the veteran's death.

However, VA spokesman Mark Ballesteros did offer a statement of sympathy on behalf of the department.

“We are deeply saddened by the death of this veteran, and our condolences go out to his family,” he said in a prepared statement.

The House Committee on Veterans’ Affairs is conducting its own investigation, said Rep. Phil Roe, R-Tenn., chairman of the committee.

“The is conducting an independent, thorough and ongoing investigation to look at a number of issues at the DC VA Medical Center, including this death, and will continue to demand answers,” Roe said.

The ranking Democrat on the committee, Rep. Tim Walz, D-Minn., said the hospital “did not do enough to locate this veteran and inform his family.”

The hospital has been under investigation already by the VA inspector general since March. In an unprecedented move, Inspector General Michael Missal released an interim report in April revealing supply shortages and dirty conditions that posed a risk to patient safety, as well as cultural problems within the facility.

Missal plans to release a full report on the investigation in the next several months.

In response to Missal’s findings, VA Secretary David Shulkin removed the former medical director from his position and sent teams to establish a new inventory system at the hospital. Connell, the new medical director, said weeks ago that many of the problems had been fixed.

Walz asked that Missal incorporate the veteran’s death into the ongoing investigation.