Will VA Doctors Finally Be Able To Recommend Marijuana For Vets?

In a 24-7 vote on July 13, lawmakers on the Senate Appropriations Committee passed an amendment that would give Department... 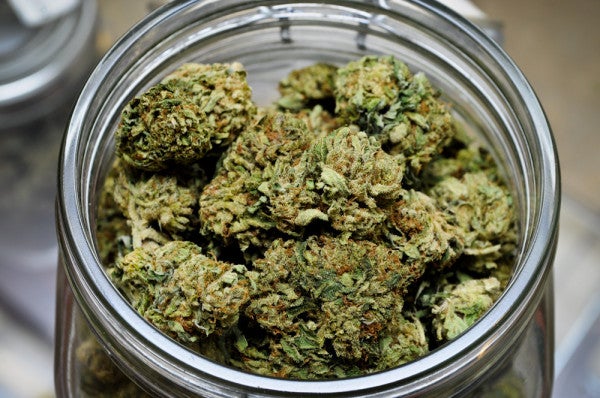 In a 24-7 vote on July 13, lawmakers on the Senate Appropriations Committee passed an amendment that would give Department of Veterans Affairs authority to recommend medical marijuana in states where it is legal for medicinal use.

The Senate amendment, part of the VA’s budget request for fiscal year 2018, would work by removing funding from the VA portion of the budget that is used to police VA doctors from recommending marijuana as a type of treatment and prevent veterans from participating in state-run medical marijuana treatments.

The legislation represents a marked change from current policy, which for years has prevented the VA from being able to recommend the use of marijuana for veterans with physical and mental health problems, despite increasing bipartisan support in Washington.

Federal law currently prohibits VA medical providers from providing recommendations or opinions regarding a veteran’s participation in state marijuana programs. Although the provision technically expired in 2016, as no new policy has been implemented, it still stands until Congress decides on a new law.

Despite popularity among the committee, the amendment’s future is up in the air. Last year, a similar provision gained traction in both the House and the Senate, but vanished from the final merged bill that became law.

But the proposal does have one particularly weighty supporter. In May, VA Secretary David Shulkin said in a White House press briefing that he would consider expanding the use of medical marijuana for post-traumatic stress disorder, without changing federal law in the process.

“My opinion is, is that some of the states that have put in appropriate controls, there may be some evidence that this is beginning to be helpful,” Shulkin told reporters during the press briefing. “We're interested in looking at that and learning from that. But until the time that federal law changes, we are not able to be able to prescribe medical marijuana for conditions that may be helpful.”

Shulkin did note that states that have legalized the use of cannabis provide something of a loophole.

“We are acutely aware of the work that’s going on around the country, particularly in states that have legalized medical marijuana,” he told Task & Purpose. “And we are observing very closely work that’s being done that may be helping veterans, and we are open to any ideas and therapies that may be effective.”

Though not every congressman and senator agrees, the use of medical marijuana to help veterans has continued to gain popularity among lawmakers year after year. The Senate committee voted 20 to 10 in favor of the amendment last year, as did the House with 239 Congressman voting yes. Hopefully the amendment won’t mysteriously disappear from the 2018 budget like last year.

Task & Purpose reached out to several veteran service organization for statements on the amendment and will update this story as more information becomes available.