1 In 5 Troops Discharged For Misconduct Between 2011 And 2015 Had PTSD Or TBI, Report Finds

Post-traumatic stress disorder and traumatic brain injury can impact the behavior of service members, and may lead to separations for... 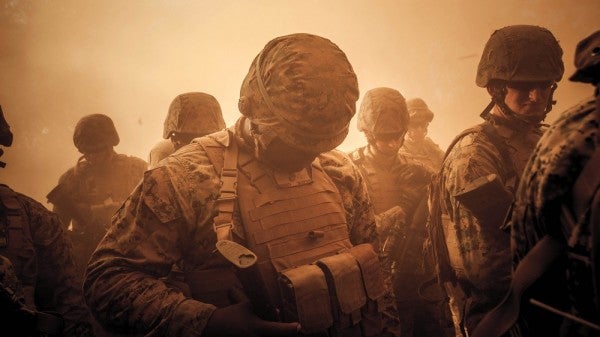 Post-traumatic stress disorder and traumatic brain injury can impact the behavior of service members, and may lead to separations for misconduct, according to the findings of a Government Accountability Office study published today.

In a five-year period, three out of five service members dismissed from the military for misconduct were diagnosed with post-traumatic stress disorder, traumatic brain injury, drinking, or other adjustment-related issues two years prior to their separation.

From 2011 to 2015, 62% of the 91,764 service members separated for misconduct had been previously diagnosed with PTSD, TBI, or “certain other conditions that could be associated with misconduct,” reads the GAO report.

Of those separated for misconduct, many received other than honorable or other “bad paper discharges,” which may make them ineligible for benefits from the Department of Veterans Affairs:

16 percent had been diagnosed with PTSD or TBI, while the other conditions, such as adjustment and alcohol-related disorders, were more common. Of the 57,141 service members, 23 percent, or 13,283, received an “other than honorable” characterization of service, making them potentially ineligible for health benefits from the Department of Veterans Affairs (VA).

“It’s horrific to think of these young men and women as statistics, but that’s what they’re becoming,” John Rowan the national president of Vietnam Veterans of America, said in a statement.“These are veterans who volunteered to serve in a time of war, yet they’ve been failed by previous administrations.” In the statement, Rowan called on President Donald Trump “to exercise his constitutional authority and to act now to save these veterans with bad paper.”

The stress of back-to-back deployments to war zones against an insurgency that hides among the civilian populace, and where the threat of improvised explosive devices were high, has lead to hundreds of thousands of service members being diagnosed with PTSD and TBI, the signature wounds of the wars in Iraq and Afghanistan.

Based on the report, these injuries can negatively impact a service member’s thoughts and behavior, which can lead to discipline problems, poor performance at work, and ultimately, to the service member’s dismissal from the military. Depending on how they’re discharged, that can dramatically impact their access to care through the VA.

Veterans who received other-than-honorable discharges, commonly referred to as “bad paper” discharges, are often unable to receive veterans’ benefits, such as health care. That’s particularly problematic in cases where a veteran’s discharge may have been the result of a mental health condition or a head injury, which negatively impacted his or her performance.

The study also found that the Air Force and the Navy failed to comply with DoD policies for screening troops with PTSD and TBI prior to discharging them. Both the Marine Corps and the Army failed to adhere to their own screening, training, and counseling policies related to TBI and PTSD, according to the report:

GAO found that 18 of the 48 non generalizable sample separation packets reviewed for Marine Corps service members administratively separated for misconduct lacked documentation showing that the service member had been screened for PTSD and TBI.

The report added: “During interviews with Army officers, GAO found that some officers may not have received training to identify mild TBI symptoms, despite Army policy that all service members should be trained.”