The White House, Department of Veteran Affairs, and members of Congress are moving fast on veterans issues in 2017. They’re... 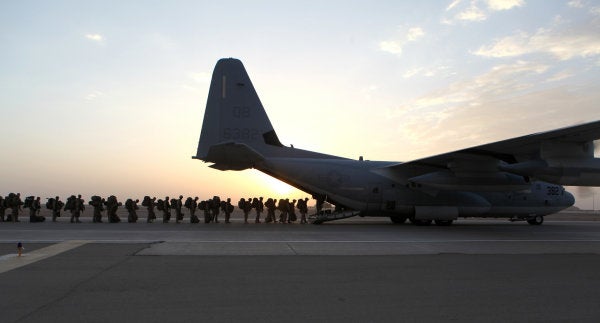 The White House, Department of Veteran Affairs, and members of Congress are moving fast on veterans issues in 2017. They’re working on proposals to reform the GI Bill, veterans health care, and the VA appeals process, with support from many of the nation’s largest veterans service organizations and nonprofits.

But for all that momentum, there’s been little movement to address an important problem that routinely catches vets off guard and throws many into financial insecurity: arcane rules that require former service members to pay back their separation pay before they can receive VA disability compensation.

“This is a bureaucratic mistake,” Democratic Rep. Mark DeSaulnier of California said of the system, in which tens of thousands of vets have had disability benefits garnished for decades to make up for their separation pay.

“We were told, ‘Either take the money and run, or we’re gonna separate you with nothing.'”

“It seems to me — whether intended or not, or whether it was a bureaucratic snafu — to be a bait and switch,” DeSaulnier said. “There is a promise between the American public, the American taxpayer, and military service members, when they go in, when they serve and when they get out, they’ll have this support, and in my view, the federal government and the Congress are violating this contractual obligation.”

The challenge stems from a longstanding federal law that bans the duplication of government benefits, commonly called “double dipping.” Since at least the early 1980s, the double-dipping regulations have meant that the VA will recoup military separation benefits paid to a vet by the Department of Defense if that vet later receives VA disability compensation.

Years after the military ramped up its force size for the Iraq and Afghanistan wars, as those conflicts wound down and budget sequestration kicked in, many service members were forced out of the military due to downsizing, and they got a nasty shock when they received a disability rating from the VA.

Between 2010 and 2015, the VA withheld more than $401 million in disability compensation from 24,988 veterans, with $261 million scheduled to be withheld from future benefits, according to data provided to Task & Purpose by the VA in December 2015.

Data via the Department of Veterans Affairs

Among veterans who are unaware that their disability compensation will be docked if they received separation pay, the news is often met with “frustration and a lot of confusion,” Claire Lawless, a project manager at Cohen Veterans Network who’s worked on separation-pay issues for several years, told Task & Purpose.

The troop drawdowns of the mid-2000s and 2010s had a lasting financial impact on veterans like Tim Foster and Ed Bunce. Both took offers to separate from the military after more than a decade of service — Bunce from the Air Force, Foster from the Marines — and separation pay helped ease their transitions, at first.

“We were told, ‘Either take the money and run, or we’re gonna separate you with nothing,'” Bunce told Task & Purpose. “They didn’t really give us a lot of options. Nobody wanted to be separated, especially if you had over 10 or 12 years.” But money was money, and if a big pile down the line was unattainable, a small pile now sounded good: “If you can’t retire, you’re hosed.”

But those payments came with a catch: They had to be paid back.

After 12 years of service, on both the enlisted and officer side, which spanned numerous overseas and wartime deployments, Ed Bunce’s military career ended years ago, but he’s still paying for it.

After 12 years working the flight line as both an enlisted airman and an officer, Bunce developed problems with his lower back, shoulders and hearing — the usual wear-and-tear that comes with military life. Foster — a Marine grunt who deployed downrange four times and first told his story to T&P; in 2015 — had trouble finding purpose in civilian life and maintaining employment, all while dealing with post-traumatic stress disorder, depression, and a variety of other health concerns. Both applied for and received disability compensation through the Department of Veterans Affairs. They were shocked to learn that they would be unable to collect VA disability compensation until their separation pay was recouped in its entirety.

In Bunce’s case, the news came in the form of a letter telling him he would not receive disability compensation until 2028, once his separation pay — roughly $100,000, after taxes — was fully paid back.

“I don’t understand the logic behind it,” he said. “It’s one of those situations where we raise our right hand, swear an oath to do what we’ve got to do, but then they try to keep everything at a bare minimum. That’s what this feels like.

“It’s not like we joined to just scam the government out of money,” he added. “We’re putting our lives on the line.”

In some cases, receiving disability severance pay through the military throws another wrench into the mix, as was the case with Charles Parmele, who was a submariner in the Navy from 1986 to 1997.

Early on in his career, Parmele injured his back in a hard fall while working at Port Canaveral in Florida. The injury worsened with time. During his last two years in the Navy, he says he developed depression, which was compounded by the painkillers he was taking for his back. He was found unfit for sea duty and left the service with a 10% disability rating.

Unlike VA disability benefits, DoD disability pay comes in the form of a one-time lump sum that can’t be appealed once accepted — in Parmele’s case, $30,000. When Parmele later received a 30% disability rating from the VA, a portion of each check was withheld to offset his separation pay, leaving him with roughly $300 a month.

“You’ve got politicians who say they want to help veterans, but when it comes to money, that’s where the buck stops.”

“I was mentally wrecked and not able to hold down a job, because I really wasn’t receiving adequate care at the VA, especially mental health-wise,” Parmele told Task & Purpose. “I ended up living with a friend because I lost my house, and was still working for a higher rating because I wasn’t well.”

By the time most veterans realize that they are required to pay back their separation benefits, “it’s a mad scramble to try to figure out what’s going on,” Lawless explained.

“There’s not a lot of recourse,” she said, adding that “the VA gives very limited options,” and while veterans can appeal the percentage recouped each month, “the process is like molasses.”

“You’ve got politicians who say they want to help veterans”

The double-dip dilemma made headlines in 2015, following Military Times’ coverage of the policy’s impact on recently separated service members. Maine Sens. Susan Collins and Angus King sent letters to Ash Carter and Robert McDonald, the secretaries of defense and veterans affairs, in December 2016, calling it “inexcusable” that service members weren’t informed of the policy ahead of accepting separation pay. Virginia Sen. Mark R. Warner in October 2015 issued a similar broadside to the VA and DoD heads, calling for greater transparency on how the policy was applied to vets.

“We have to make transitioning from the military to civilian life much easier for our veterans,” Warner told Task & Purpose this month in an email. “Separation pay is supposed to help with that — not be a cause of financial stress and added worry for military families.”

But there’s been little progress in changing the rules.

After four downrange deployments as a grunt, Tim Foster was forced out due to downsizing, but the separation pay he received came with a price.

Some veterans have succeeded in appealing their recoupment rates only after contacting their elected representatives, giving credence to a time-honored sarcastic refrain in the military: “If you’ve got a problem, take it to your congressman.”

Coincidentally, that’s how DeSaulnier, the Democratic congressman, first became aware of the issue: Several veterans approached his staff in D.C. and California with their own tales of garnished disability pay.

In 2016, DeSaulnier and Republican Rep. Walter Jones of North Carolina co-sponsored the Servicemember and Veteran Financial Transparency Act. The bill, which was incorporated into the Pentagon’s final budget bill, requires that service members receiving separation pay be informed on how it will impact their disability benefits.

DeSaulnier told T&P; he doesn’t see VA disability compensation and DoD severance pay as duplicate benefits, and there’s bipartisan agreement on the Hill that “this is a bureaucratic mistake.” But someone has to come up with funding for a fix.

“We tried to figure out a way to just completely end it, but we decided that because of the budgetary constraints, we could at least start to work on the problem, with the hope that in the very near future we’d be able to find the funding that would eliminate the problem altogether,” DeSaulnier said.

Ending the VA’s recoupment of separation pay would cost “$400 million for the last five years,” DeSaulnier said. “In the scope of a $4 trillion dollar budget, it is not a lot of money,” but “when you’re trying to appropriate money and still dealing with the issues of the federal deficit and federal debt, then you get a situation where everybody who is currently receiving money doesn’t want that money cut.”

Veterans, service members, and their advocates have even called the policy an example of Congress trying to balance the federal budget on the backs of disabled veterans — a critique DeSaulnier says is fair.

“It seems to me — whether intended or not, or whether it was a bureaucratic snafu — to be a bait and switch.”

“This is something that VFW strongly believes needs a legislative fix,” Carlos Fuentes, national legislative service director for the Veterans of Foreign Wars, told T&P.; “We agree that severance pay is very different than compensation pay, so there’s no reason for it to be offset in the way that it is, and we certainly hope that legislation is introduced as soon as possible and considered by Congress so that these veterans can receive the full amount that they’re entitled to under these very different benefits.”

But so far, no legislative fixes are pending, and a lot of vets are left fending for themselves.

With patience and the help of his current wife, Parmele says, he was able to increase his VA disability rating to 100%. The higher rating enabled him to recently finish paying off his separation pay — 20 years after leaving the service.

“While you’re fighting the VA, they are withholding your money, which makes things worse,” he said. “You’ve got politicians who say they want to help veterans, but when it comes to money, that’s where the buck stops.”

He added: “Your service feels discounted by the fact that they’re holding these benefits hostage.”