On Wednesday morning, the U.S. Senate Committee on Veterans' Affairs unanimously passed legislation to reform how the Department of Veterans Affairs provides care to service members who face toxic exposure. 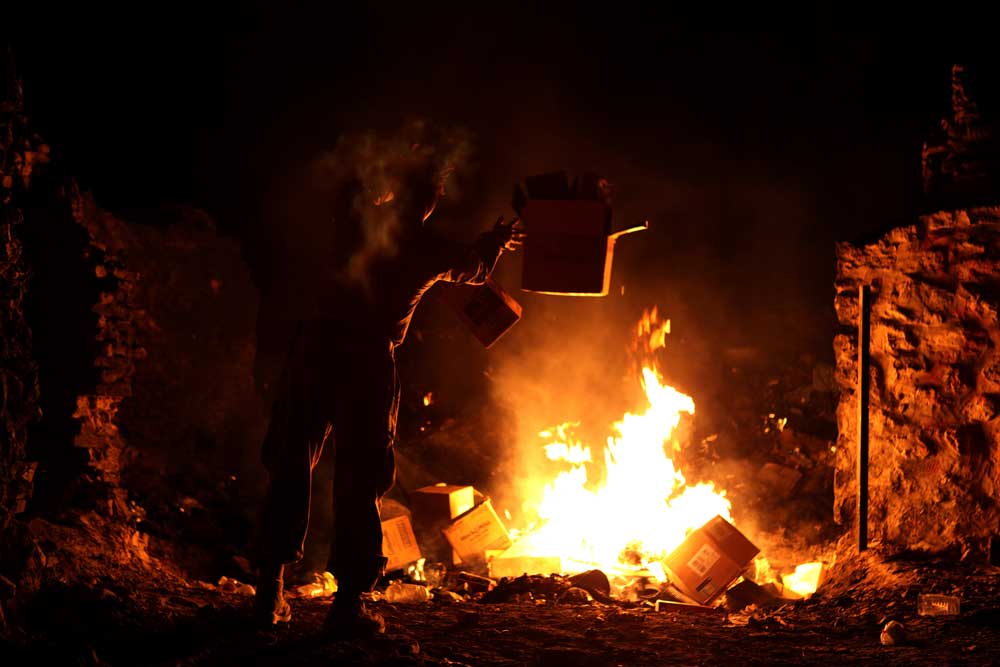 The U.S. Senate Committee on Veterans’ Affairs on Wednesday morning unanimously passed legislation to reform how the Department of Veterans Affairs provides care to service members who face toxic exposure.

“Passage of the TEAM Act out of the Senate Veterans Affairs Committee is a positive step to ensure that all veterans are given a fair and uniform process to receive the health care and benefits to which they are entitled following exposure to toxicants during their service,” said Sen. Thom Tillis (R-N.C.), who sponsored the legislation, in a statement.

“After working alongside veterans who were stationed at Camp Lejeune and fighting for service members exposed to toxicants from burn pits in Afghanistan and Iraq, it was clear that the men and women who served our country deserve better.”

The Toxic Exposure in the American Military, or TEAM Act, was sponsored by Tillis and backed by more than 30 veteran service organizations as part of the TEAM Coalition.

“I’m proud we could build bipartisan support for this landmark legislation, and I will continue to work to build support so we can pass it out of Congress and get it signed into law,” Tillis said.

The bill expands the care veterans can receive through the Veterans Health Administration — the VA’s medical arm — and will provide treatment for conditions related to toxic exposure, free of charge to veteran patients, though some may be subject to a co-pay.

Eligible veterans include those who are deemed to have been possibly exposed to an open-air burn pit or a toxic substance inside or outside of the United States, those who are eligible to enroll in the Veterans Affairs Burn Pit Registry, and veterans who were awarded the Armed Forces Service Medal, Afghanistan Campaign Medal, Global War on Terrorism Expeditionary Medal, Inherent Resolve Campaign Medal, Iraq Campaign Medal, or the Southwest Asia Service Medal. (A full breakdown of eligibility requirements under the current version of the bill can be found here.)

Additionally, the bill mandates that the VA address scientific research regarding which diseases or ailments associated with toxic exposure and work with the National Academies of Sciences, Engineering, and Medicine to study the effects of toxic exposure on military personnel. It also requires the establishment of a commission that will report the VA’s findings to Congress.

For much of the wars in Iraq and Afghanistan, open-air burn pits — where waste was incinerated — were a mainstay of daily life for deployed troops. As many as 3.5 million service members are estimated to have been exposed to burn pits since Sept. 11, 2001, and more than 200,000 veterans are enrolled in the Department of Veterans Affairs Burn Pit Registry.

The Department of Veterans Affairs currently attributes a limited range of temporary health effects to burn pit exposure. Additionally, the department’s disability compensation system places the responsibility on veterans to prove that their decline in health is attributable to toxic exposure during military service.

Nearly 78 percent of all claims for burn pit exposure were denied by the VA in the last 13 years, department officials told lawmakers on Wednesday.

“In the past what we’ve done, take the Agent Orange Act, for example, is that we have people deployed to a certain location,” said Aleksandr Morosky, a government affairs specialist with Wounded Warrior Project, one of the veterans’ groups in the TEAM Coalition.

“We come to find that when they come home that they’re having issues associated with toxic exposures, and so we begin to study it, and down the road, once everyone is convinced that the data is there and these are people who need healthcare and benefits associated with the exposure, then we take care of this cohort by itself,” Morosky said. “And that’s a good thing for those people.”

“But now that we’re seeing how long it took Vietnam veterans to get that taken care of,” Morosky added. “Now we’ve got the post-9/11 era who’s dealing with their toxic exposures and it’s kind of like starting all over again and reinventing the wheel and going through things that are very similar to what Vietnam veterans had to go through with Agent Orange.”

The goal of the TEAM Act, as Morosky explained, is to have a system in place that can be easily applied to future wars.

The campaign to see the risks of toxic exposure addressed and remedied has been bolstered recently with the involvement of comedian Jon Stewart, who spoke in Washington, D.C. on Sept. 14 to advocate for a separate toxic exposure bill backed by Sen. Kirsten Gillibrand (D-N.Y.).

Gillibrand’s legislation, which was introduced earlier this month, would classify burn-pit exposure as a presumptive condition — which would make exposed veterans eligible for VA disability compensation and treatment.

“We don’t see it as a stop-gap,” Morosky told Task & Purpose.

“The TEAM Act has mechanisms to identify and grant health care eligibility to those who may suffer exposures that we don’t even know about yet, and the Presumptive Benefits for War Fighters Exposed to Burn Pits and Other Toxins Act creates the ability to add new conditions to the list. The goal is definitely to take care of those who are already known to have suffered toxic exposures but also to look to the future.”