Here’s where Trump, Biden, and Jorgensen stand on the issues most important to the US military

Where the three major presidential candidates stand on military and veterans issues. 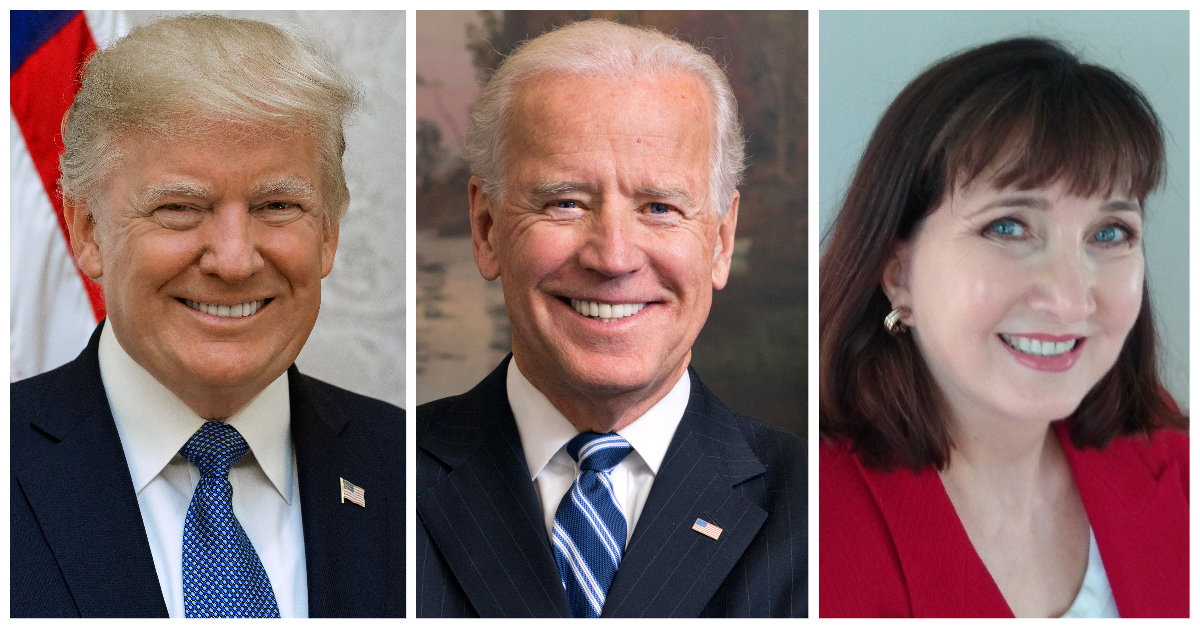 For the first time, all three major presidential candidates have weighed in on the most pressing issues facing service members, military families, and veterans.

President Donald Trump, his democratic rival former Vice President Joe Biden, and Libertarian candidate Jo Jorgensen have provided answers to the Military Officers Association of America to a wide variety of questions about their plans for the military and the Department of Veterans Affairs.

MOAA, a non-partisan group, published the verbatim responses from Trump, Biden, and Jorgensen on Wednesday without any editorial comment.

“We wanted to go beyond the soundbites for our membership,” said retired Air Force Col. Dan Merry, MOAA’s vice president of government relations. “When candidates discuss military and veteran issues on the campaign trail they hit the high notes and play to a wide audience.”

“Our members have a deeper understanding, and a much deeper involvement, with these topics,” he continued. “We thank the candidates for offering their expanded plans on these important issues, and we hope making the responses available to everyone, members and nonmembers alike, will help all voters make an informed decision.”

Separately, Task & Purpose has submitted questions to the Trump and Biden campaigns. Neither has provided responses.

Here are some of the highlights from candidates’ responses to MOAA:

Trump views China as a growing military and economic threat to the United States as it seeks to increase its influence worldwide. China and other “near-peer competitors” represent the greatest long-term security challenges.

The president also reiterated that NATO allies need to spend more of their own money on defense and he vowed that the United States and its allies would continue to work with partners in the Middle East to prevent Iran from developing a nuclear weapon.

While Biden acknowledged that Russia and China are both immediate threats, he argued that several of the greatest dangers facing the United States stem from climate change and global pandemics, like the novel coronavirus (COVID-19).

Biden also vowed to “end the forever wars” while leaving a counterterrorism force in Afghanistan and maintaining a small presence of U.S. troops in Iraq and Syria to prevent the resurgence of the Islamic State terrorist group, adding: “We do not need large deployments of combat forces to maintain our security.”

“We should turn America into one giant Switzerland: armed and neutral, with a military force that’s ready to defend America’s shores and soil against any foreign attack,” she said.

Trump said he was proud to approve a $738 billion budget for the Defense Department in December, which the president said has helped repair the damage caused by budget cuts under former President Barack Obama.

“In addition to massive acquisitions made over the past two years, our current effort authorizes nearly 100 new F-35s; 24 brand-new F/A-18s; 155 Army helicopters, of all different types; 165 brand-new Abrams tanks; more than 50 Paladin howitzers; 2 new Virginia-class submarines; 3 new Arleigh Burke destroyers; a Ford-class aircraft carrier, and two others on their way; and much, much more. And it’s all made, right here, in the USA,” the president said.

Biden claimed that Trump has “abandoned all fiscal discipline” regarding defense spending by focusing on older legacy weapon systems when the military really needs to prepare for future wars by investing in cyber, space, unmanned systems, and artificial intelligence technologies.

“We can maintain a strong defense and protect our safety and security for less,” Biden said. “The real question is not how much we invest — it’s how we invest.”

Jorgensen said that defense spending would fall under her administration because no U.S. troops would be stationed overseas.

“With no U.S. involvement in foreign wars, a military that’s laser-focused on defending America, and a citizenry with the unabridged right to keep and bear arms, America will be safe,” she said.

Recruitment and the Selective Service System

For Trump, the best recruiting tool for the all-volunteer force is to ensure that veterans successfully make the transition to the private sector.

“To that end, I have signed an executive order supporting our veterans during their transition from uniformed service to civilian life,” the president said. “I’m honored to be at the forefront of the greatest strides ever made at the [Department of Veterans Affairs] for our veterans.”

Biden said he does not believe the United States needs a larger military, nor does he see a reason to bring back the draft.

“I would, however, ensure that women are also eligible to register for the Selective Service System so that men and women are treated equally in the event of future conflicts,” Biden said. “We should explore targeted recruiting efforts to build a military that is more geographically and demographically representative of the nation as a whole and that has the skill sets needed for modern warfare.”

Jorgensen promised to abolish the Selective Service System because there has not been a draft since the Vietnam War.

“The so-called military-civilian divide can best be bridged by staying out of foreign conflicts, and creating as much transparency as possible while maintaining the protection of vital military intelligence,” she said.

Trump touted the reforms to the Department of Veterans Affairs passed under his administration, including the MISSION Act, allowing veterans to get care from private healthcare providers without prior authorizations.

The president also stressed that the VA is working on reform its health system so that veterans will have one electronic copy of their medical records “from the first day of boot camp until they are honorably laid to rest.”

Biden said he would prioritize research into emerging service-connected conditions including Traumatic Brain Injury and exposure to toxins.

“I would expand the list of presumptive conditions to ensure that no veteran who experienced a TBI or had exposure to burn pits or other environmental toxins goes without access to VA health care and benefits,” Biden said. “We must never again have an Agent Orange-like crisis.”

Jorgensen said she plans to drastically cut the cost of healthcare by reducing government and insurance paperwork so that veterans could afford better medical care.

“I will work to replace the VA with direct payments to veterans who were wounded in combat, so they can spend their health-care dollars how and where they want to spend them,” Jorgensen said. “Veterans deserve better than denied care and bureaucratic roadblocks.”

Related: Here are the biggest national security challenges that Trump or Biden will face after the presidential election