Denis McDonough would be the second non-veteran to ever be placed in charge of the VA. 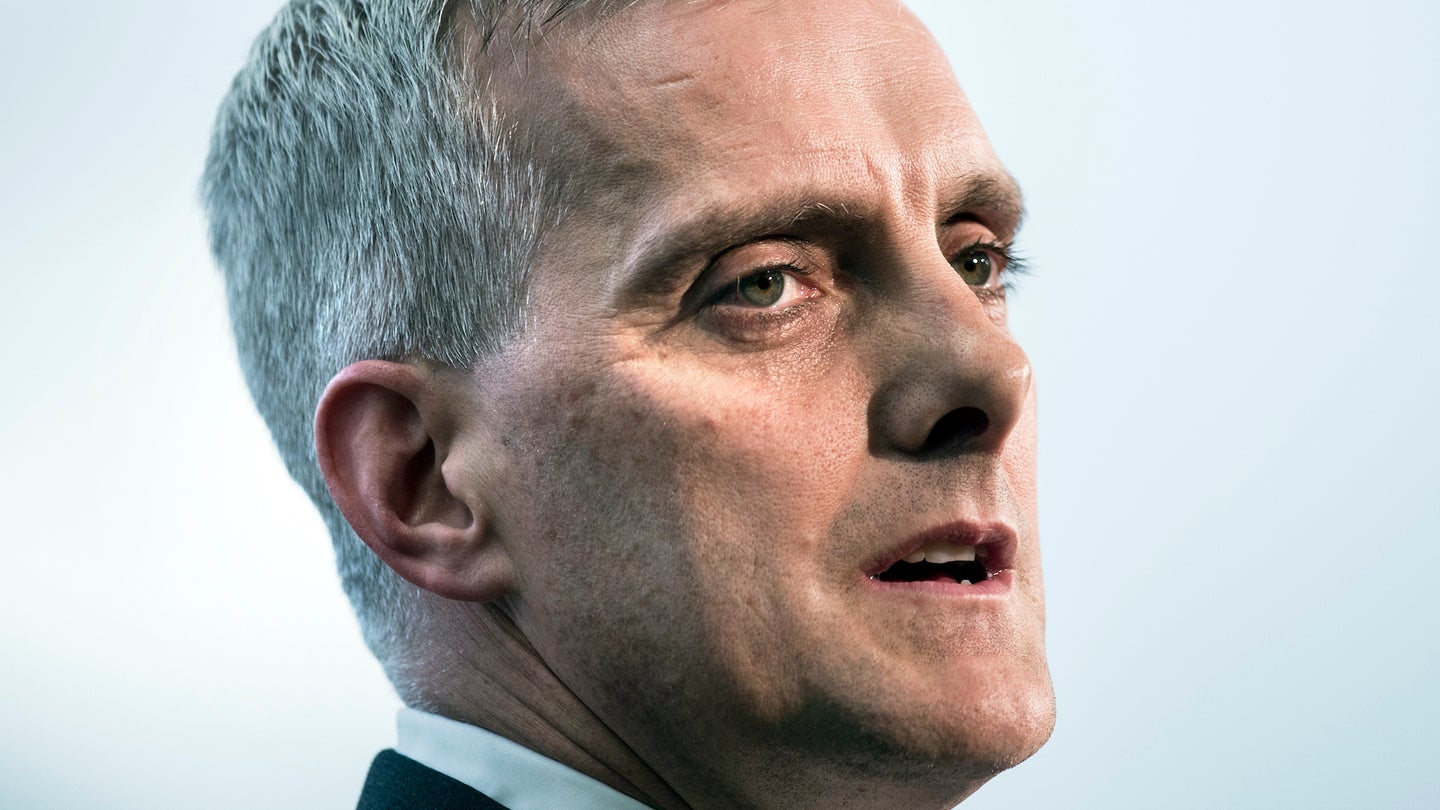 In this March 28, 2014, file photo, then-White House Chief of Staff Denis McDonough speaks during a retirement ceremony at the National Security Agency at Fort Meade, Maryland. President-elect Joe Biden is nominating former President Barack Obama's White House chief of staff Denis McDonough as secretary of the Department of Veterans Affairs. The sprawling agency has presented organizational challenges for both parties over the years. Biden is continuing to stockpile his administration with prominent alumni of the Obama administration(AP Photo/Brendan Smialowski, Pool).
SHARE

President-elect Joe Biden has chosen former White House Chief of Staff Denis McDonough as his top pick for secretary of the Department of Veterans Affairs, his transition team announced on Thursday.

A former member of President Barack Obama’s national security team, the 51-year-old McDonough has no history of military service and would be the second non-veteran to ever be placed in charge of the VA.

The only other non-veteran to hold the post was Dr. David Shulkin, an Obama-era holdover who was abruptly fired by President Donald Trump in 2018, before being replaced by the current chief, Robert Wilkie.

Politico was first to report on Thursday that Biden had picked McDonough to lead the Department of Veterans Affairs.

In a statement, Biden’s transition team confirmed the nomination, writing: “Denis McDonough, a lifelong public servant who has been engaged at the highest level in shaping domestic and foreign policy, is nominated to serve as Secretary of Veterans Affairs.”

“Through his service as White House Chief of Staff, Deputy National Security Advisor, and Chief of Staff of the National Security Council, McDonough helped lead the Obama-Biden administration’s work on behalf of military families and veterans, and earned the trust of the President-elect as a first-class manager with the knowledge and vision to deliver results,” it continues. “McDonough knows the ins and outs of government, and if confirmed, he will pull every lever to deliver results for veterans and their families.”

As Military Times’ Leo Shane reported Thursday, though McDonough has some worked on defense issues through his national security role, his policy experience at the Department of Veterans Affairs appears limited, though as chief of staff he did “oversee staffing changes and policy responses to the department’s 2014 wait-time scandal, which resulted in the resignation of then-VA Secretary Eric Shinseki.”

The reported move raised some eyebrows among veteran service organizations.

“We are surprised by reports the President-Elect Joe Biden intends to nominate Denis McDonough to become the next secretary of the U.S. Department of Veterans Affairs,” Joe Chenelly, the national executive director for AMVETS said in a statement. “We were expecting a veteran, maybe a post-9/11 veteran. Maybe a woman veteran. Or maybe a veteran who knows the VA exceptionally well. We are looking forward to hearing from President-Elect Biden on his thinking behind this nomination.”

RELATED: It’s time for a post-9/11 veteran to lead the VA

Though other veterans groups, like Wounded Warrior Project, praised the move:

“Throughout his time as Deputy National Security Advisor and later as White House chief of staff, Mr. McDonough helped address complex issues facing military service members, veterans, and their families, bringing a whole-of-government approach to issues facing the Department of Defense and VA,” Wounded Warrior Project’s CEO Mike Linnington said in a statement. “Having spent time with Mr. McDonough in Afghanistan in 2009, and again in the Pentagon between 2013-2015, it’s clear he cares deeply for this critical work.”

The announcement comes the same day that a report from the VA’s Office of the Inspector General is dropped about Wilkie, the current Veteran Affairs chief. According to the Washington Post, the investigation centers around allegations that Wilkie attempted to discredit a congressional aide and military veteran who said she was sexually assaulted at a VA facility. The Washington Post article reported that federal prosecutors were informed that Wilkie may have engaged in criminal conduct, though no charges have been brought.

RELATED: VA secretary focused on smearing woman who said she was sexually assaulted in a VA hospital, probe finds

However, an official with the VA Office of Inspector General pushed back on those claims, telling Task & Purpose that “the OIG never presented a criminal case to federal prosecutors to seek prosecution referrals as to the secretary or any other VA official in this matter.”