It’s unusual for a former CEO troubleshooter to be picked by the Obama administration to lead this post, and former... 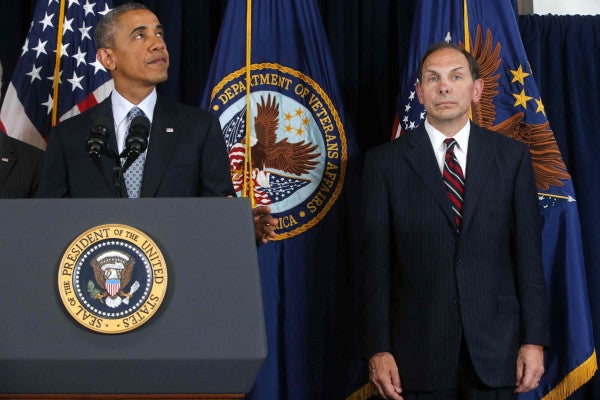 It’s unusual for a former CEO troubleshooter to be picked by the Obama administration to lead this post, and former Procter & Gamble executive Robert McDonald has a history of supporting Republicans, having donated money to both Mitt Romney’s presidential run and House Speaker John Boehner’s congressional campaign.

Perhaps because of the surprise nature of this pick, the response in Washington to McDonald’s nomination has been muted and cautious.

Boehner approved the nomination with some qualifications. “Bob McDonald is a good man, a veteran, and a strong leader with decades of experience in the private sector. With those traits, he's the kind of person who is capable of implementing the kind of dramatic systemic change that is badly needed and long overdue at the VA.” Boehner warned that change would only come if Obama “commits to doing whatever it takes to give our veterans the world class health care system they deserve.”

House Committee on Veterans’ Affairs Chairman Jeff Miller stated, “He’ll need to root out the culture of dishonesty and fraud that has taken hold within the department and is contributing to all of its most pressing challenges. Quite simply, those who created the VA scandal will need to be purged from the system. Personnel changes, however, won’t be enough.”

Members of national veterans’ organizations seemed non-committal over the selection.

IAVA’s Paul Rieckhoff said, “This is definitely a surprising pick. McDonald is not a name that was on anyone's radar over the last few weeks. His branding background may prove helpful, because there are few organizations in America with a worse reputation with its customers than the VA right now. He's been away from the military for quite a while, and will have to move quickly to show he is committed to and understands the post-9/11 generation of veterans.”

The American Legion’s Daniel Dellinger stated flatly, “He will need to have complete hiring and firing authority, along with a willingness to see that those who committed illegal acts are prosecuted.”

The VFW's Joe Davis, said, “Nominee Robert McDonald’s experience leading complex organizations will be a plus, since the VA is ultimately in the service industry and needs to be run like a business. However, the VA is also unlike any organization in the private sector because it’s led by political appointees in Washington but managed entirely by federal civilians in the field. We need a VA secretary who can change an organization with many internal loyalties into a culture where properly serving America’s veterans becomes the only definition of mission success or failure.”

In his announcement Monday afternoon formally nominating McDonald for secretary of Veterans Affairs, Obama said, “He's renowned for his operational excellence. He started his career out in the field and worked his way up, serving at virtually every level of Procter and Gamble. He understands that grand plans are not enough, what matters is the operations that you put in place and getting the job done. Bob is an expert in making organizations better … In other words, he knows the key to any successful enterprise is staying focused on the people you're trying to serve.”