The rapid and bloody advance of the Islamic State across Iraq has had Washington scrambling to respond, with the millstone... 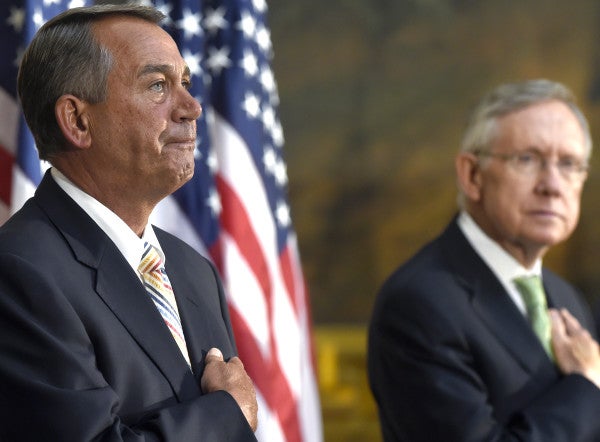 The rapid and bloody advance of the Islamic State across Iraq has had Washington scrambling to respond, with the millstone of eight years of a war that the public was happy to leave behind. With our traditional ally Kurdistan under attack, and hundreds of thousands of Christians and religious minorities fleeing possible extermination, the United States is involved whether it wants to be or not.

There are now nearly a thousand U.S. troops in Iraq, and airstrikes against Islamic State militant targets continue across northern Iraq. The White House has agreed to directly supply the Kurds with arms, something policymakers have been reluctant to do in the past without funneling them through the central government in Baghdad. The crisis has swept away those reservations.

“There’s no American military solution to the larger crisis in Iraq. The only lasting solution is reconciliation among Iraqi communities and stronger Iraqi security forces,” President Barack Obama said in an announcement Aug. 7.

Congressional response has been largely supportive of the president’s actions, with Republican leaders agreeing that it was about time, even as some reminded the president that he must have official consultations with Congress.

Democrats were supportive of the humanitarian aspects of the mission, but were very cautious about any long-term commitments to Iraq.

Here is a round-up of congressional responses from both parties and chambers.

“It is far past time for President Obama to develop a comprehensive strategy to combat the threat posed by ISIS. While the humanitarian aid efforts undertaken by the Administration are an important first step, they should be accompanied by additional steps to degrade ISIS's capabilities, including U.S. air strikes against ISIS positions in both Iraq and Syria and the immediate provision of military assistance to our partners who are fighting against ISIS. Contrary to the Administration's rhetoric, commencing actions such as these now can strengthen political leaders in Baghdad who seek to form an inclusive government that can unify their country and better resist ISIS.” — Republican Senators. John McCain and Lindsay Graham in a joint statement.

“ISIS is a truly dangerous terrorist organization whose advances must be halted. Their desire to create an Islamic State puts all people of different faiths at risk, and I remain especially troubled by the status of Christians in Iraq and all throughout the Middle East.” — Republican Rep. Bradley Byrne of Alabama

“The latest escalation in Iraq underscores a massive strategic and foreign policy failure by the President and his Administration. And because of the President's indecision, we are losing the element of surprise at every passing moment. The U.S. should immediately deploy operation forces, intelligence assets and other resources to stabilize Iraq and prevent further advances by militants. As the President continues to weigh his options, these same militants continue erasing the hard-fought and hard-earned gains that were achieved through the service and sacrifice of American service members.” — Republican Rep. Duncan Hunter of California

“The President's decision to use force in Iraq was appropriate given the circumstances. We must all understand that ISIS threatens both the Iraqi people and poses a clear and present danger to the United States. It is regrettable that ISIS' rise was preventable, but we must now look forward to the task ahead.” — Chairman of House Armed Services Committee Republican Rep. Howard “Buck” McKeon of California

“I support the Administration’s decision to use targeted airstrikes in Iraq to protect American lives that are in imminent danger in Erbil and to provide assistance to address the deepening humanitarian crisis and potential genocide of the Yezidis. Even though these airstrikes were necessary, these actions alone will not end the crisis in Iraq. … I encourage President Obama to return to Congress and begin the discussion of the steps we need to take to stabilize Iraq.” — Democratic Rep. Tammy Duckworth of Illinois

“I support the actions President Obama announced tonight. … It is helpful that the government of Iraq has requested our assistance, and it would also be helpful under the circumstances, though not necessary, for a number of neighboring countries to publicly support our actions.I have urged the administration to provide greater assistance to the Kurds, to assist their defense and to help them resume their protection of Christian villages in their area.” — Chairman Senate Armed Services Committee Democratic Sen. Carl Levin of Michigan

“I support President Obama’s decision to send humanitarian air drops to the thousands of stranded Iraqi civilians who have been forced to flee their homes and are at risk of dying. I also support the President’s decision to launch air strikes as long as no combat forces are on the ground. These air strikes are the correct action for our national security, they will protect American interests and save lives in Iraq.” — Senate Majority Leader Democratic Sen. Harry Reid of Nevada

“I support strictly humanitarian efforts to prevent genocide in Iraq. … I am pleased President Obama recognized this in his statement last night, when he said: ‘there’s no American military solution to the larger crisis in Iraq. The only lasting solution is reconciliation among Iraqi communities and stronger Iraqi security forces.’… The President should come to Congress for authorization of any further military action in Iraq.” — Democratic Rep. Barbara Lee of New York

“The president’s authorization of airstrikes is appropriate, but like many Americans, I am dismayed by the ongoing absence of a strategy for countering the grave threat ISIS poses to the region. Vital national interests are at stake, yet the White House has remained disengaged despite warnings from Iraqi leaders, Congress, and even members of its own administration. … The president needs a long-term strategy – one that defines success as completing our mission, not keeping political promises – and he needs to build the public and congressional support to sustain it.” — Republican House Speaker John Boehner of Ohio

“As one of only 23 Senators who opposed the war in Iraq, I do not believe this should be an extended campaign involving US ground troops. These strikes are designed to allow the Iraqis to re-establish their military forces and push back against the brutality of ISIS militants who have threatened the lives of thousands of stranded Iraqi civilians.” — Democratic Sen. Jack Reed of Rhode Island

“The United States is not the only country on Earth with an air force. While I support President Obama’s decision to use airstrikes to protect the lives of thousands of innocent people of the Yazidi minority, the U.S. should not have to act alone militarily in this crisis. ISIS is a danger to the entire region and to the world. The international community must work with the U.S.” — Chariman of the Senate Veterans Affairs Committee Independent Sen. Bernie Sanders of Vermont

“I support providing humanitarian relief to Iraqi civilians and measures to protect American personnel, but I am concerned about the timeline and scope of our renewed military efforts in Iraq. Since the Administration has conceded that the 2002 Iraq Authorization for Use of Military Force is obsolete and should be repealed, it is now up to the Administration to receive Congressional authorization for the current air campaign against IS.” — Democratic Sen. Tim Kaine of Virginia

“Though I agree with and support these recent decisions by President Obama, my strong objection to his past willingness to disregard the War Powers Act, and concern that he may disregard it again, specifically in Iraq, remains. Accordingly, I urge the President to present to the American people his vision and plan to elevate peace and stability in Iraq. Should that ever include the introduction of U.S. armed forces into hostilities, the President must first seek and receive authorization from Congress. It is not the king’s army.” — Republican Rep. Scott Rigell of Virginia