The Obama Administration Needs A Plan B For Iraq

The Islamic State’s capture of Ramadi poses hard questions about the effectiveness of the U.S.’s current policy in Iraq. After... 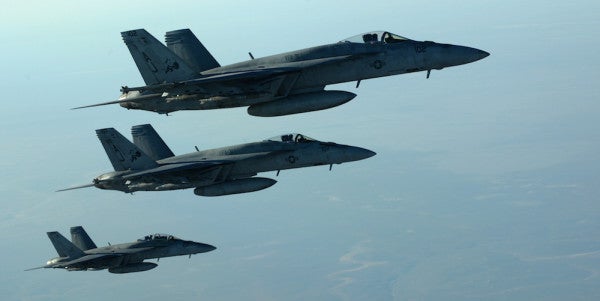 The Islamic State’s capture of Ramadi poses hard questions about the effectiveness of the U.S.’s current policy in Iraq. After launching an assault under the cover of a sandstorm, the Islamic State killed as many as 500 Iraqi civilians and soldiers and forced 8,000 people to flee. The assault on Ramadi draws attention to the limits of the U.S.’ air campaign.

Robert Burns of the Associated Press writes that: “One alternative for the Obama administration would be a containment strategy — trying to fence in the conflict rather than push the Islamic State group out of Iraq. That might include a combination of airstrikes and U.S. special operations raids to limit the group's reach… It seems highly unlikely that President Barack Obama would take the more dramatic route of sending ground combat forces into Iraq to rescue the situation in Ramadi or elsewhere.”