US And Iraq Take On The Islamic State Across Multiple Fronts

The Islamic State is facing mounting pressure from the Iraqi government and American-led coalition who are ramping up attacks and... 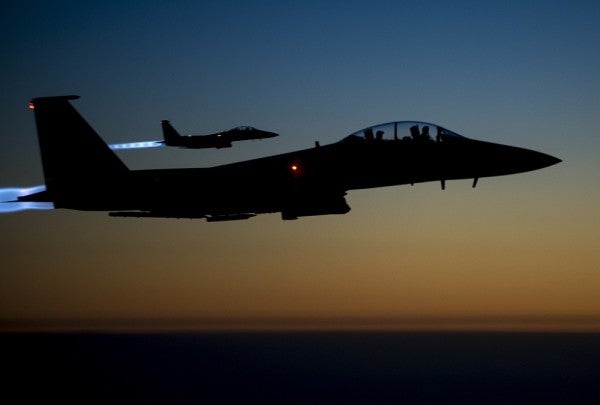 The Islamic State is facing mounting pressure from the Iraqi government and American-led coalition who are ramping up attacks and forcing the militants into a multi-front fight. Iraqi forces, supported by American warplanes, are attempting to encircle the city of Ramadi, the capital of Anbar province, in the hope of cutting off the militants’ resupply and reinforcements. North of Baghdad, the Iraqi Army and Iranian-backed Shiite militias are trying to retake the Baiji oil refinery, which fell to the Islamic State on Oct. 16.

In Syria, the United States has dropped 50 tons of ammunition to Syrian Arab fighters, hoping they will join a larger group of Kurdish fighters in a push to take the city of Raqqa, the Islamic State’s capital there.

“We are doing what you always try to do to the enemy and that is force him to fight in more than one direction at the same time,” said Lt. Gen. Sean B. MacFarland, the American commander in Iraq and Syria.