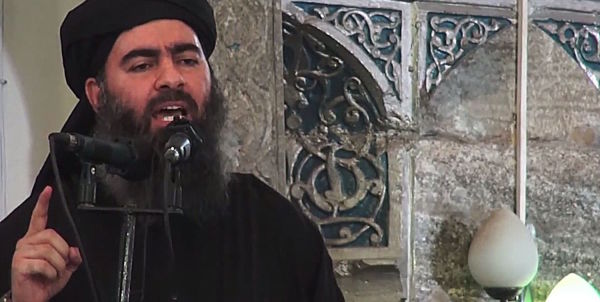 “We don't have any confirmation of that,” Army Col. Chris Garver said of reports from the Islamic news agency AhlulBayt and others that Baghdadi, believed to be 44 years old, was killed by a U.S. airstrike Sunday in Raqqa, the main stronghold in northeastern Syria of the Islamic State of Iraq and Syria.

However, Garver said “we didn't strike in Raqqa that day (Sunday). We can't confirm one way or the other” the status of Baghdadi, whose death or injury has been reported several times previously. Garver added that “if we get an opportunity to get him, we will take it.”

Garver, the chief spokesman for Combined Joint Task Force-Operation Inherent Resolve in Baghdad, made the statements in a briefing to the Pentagon that mainly focused on the siege of Fallujah and the entry this week into the fight against ISIS in Iraq of U.S. AH-64 Apache helicopter gunships.

He said the trickle of civilians fleeing Fallujah had now turned into a flood, with 3,000-4,000 refugees pouring out daily since the Iraqi Security Forces established what they called a safe “exit route” from the city 40 miles west of Baghdad to get past ISIS snipers and rings of improvised explosive devices.

Garver said the total number of refugees now numbered about 40,000, overwhelming the efforts of the United Nations and humanitarian groups to care for them in already overcrowded tent camps in relentless plus-100 degrees heat.

“Clearly, the humanitarian situation is something everybody is looking carefully at,” Garver said, while making clear that the United States has no role in dealing with the refugees or restraining the Popular Mobilization Forces, the Shiite militia which reportedly has abused or executed civilians fleeing Fallujah who were suspected of being ISIS members or sympathizers.

Garver said that Iraqi counter terror services, who have received the most training from the U.S., had succeeded in gaining a foothold in southern Fallujah. The battle plan was likely to be to push to the city center and then fan out to retake the rest of Fallujah, much as the ISF did late last year in retaking Ramadi to the west of Fallujah, Garver said.

To the north, Garver said the ISF was making slow progress against moderate ISIS resistance in advancing towards Mosul, backed for the first time by U.S. Apache ground attack helicopters manned by U.S. aircrews.

The Apaches went into action Monday for the first time in Iraq since October 2014, when they were used to slow an advance by ISIS toward the Baghdad airport as the terror group's fighters swept out of Syria to take over large swaths of territory in Iraq.

The Apaches had remained in Iraq since then but were only used occasionally for overhead security in the capital during visits by dignitaries, according to U.S. military spokesmen. Under U.S. agreements with Baghdad, the attack helicopters can only be used with the approval of Iraqi Prime Minister Haider al-Abadi.

Defense Secretary Ashton Carter said earlier this week that Abadi had authorized strikes by the Apaches in the north but not for action in the siege of Fallujah.

Garver said that Apaches were based at “several locations” in Iraq, but declined to confirm whether the helicopters were now in the north near Makhmour, about 40 miles south of Mosul, where the U..S. has established an artillery base of 155mm guns that was set up by Marines in March and now is manned by troops of the Army's 101st Airborne Division.

On Monday, a number of Apaches — Garver wouldn't say how many but the Apaches usually go on missions in pairs — went into action near the village al Qayyarah northwest of Makhmour. One of the Apaches fired a Hellfire missile, destroying an ISIS VBIED, or Vehicle Borne Improvised Explosive Device, Garver said.