We Already Have Boots On The Ground In Iraq

On March 8, 1965, the United States sent its first combat troops into Vietnam to thwart the expansionist threat of... 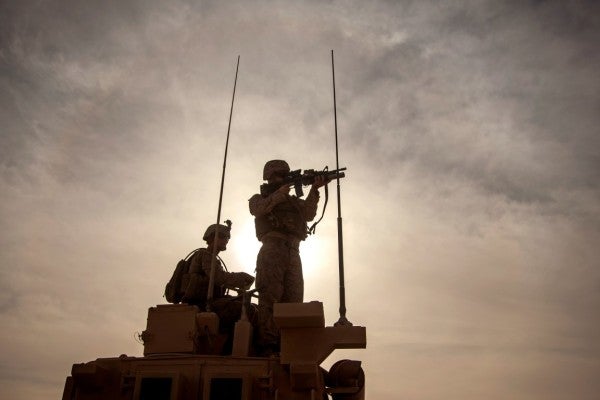 On March 8, 1965, the United States sent its first combat troops into Vietnam to thwart the expansionist threat of communism in Indochina during the height of the Cold War. The end result of this decision would be a long, divisive political battle in our country over the use of our military abroad and the deaths of over 58,000 Americans overseas.

Of the many things troubling about this hotly debated conflict, the fact that at least416 of those deaths occurred before March 8, 1965, raises questions about those who died in combat before “combat troops” were ever supposed to be there. Today, 51 years later, a similar battle over semantics is playing out throughout our country and desperately needs to be addressed.

The same way “advisors,” not “combat troops,” were sent to Vietnam before 1965 as a way to quell public fears of military intervention and ensure that “American boys” weren’t doing what “Asian boys ought to be doing for themselves,” we are currently being ensured that there will be no “boots on the ground” in the wars against Islamic terrorism; we’re simply there to train their fighters to do what they ought to be doing for themselves.

But, like Vietnam, many of our troops are still very much in harm's way; the only difference is that today they are spread all across the globe.

DespitePresident Obama’s repeated assurance that there will be no boots on the ground in the fight against ISIS in Iraq and Syria, this is not the case. When asked last month whether U.S. troops would be participating in combat operations, Army Lt. Gen. Sean MacFarland, the top general in Iraq, told reporters, “The decision as to whether or not … something is on or off the table is not my decision. That's really, at the end of the day, that's my commander in chief's. So, you know, all of us in uniform are … preparing various options. The president will decide.”

We currently have at least 50 special operators in Syria that were sent to “focus more on advising local…rebels who are fighting the Islamic State,” and “will not play a direct combat role.” There are at least 3,700 U.S. troops currently serving in Iraq “who provide training for the Iraqi security forces.”

Combined with the nearly 10,000 troops still currently serving in Afghanistan, America is very much a country at war with boots on the ground in numerous countries. But, this is just the tip of the iceberg.

Over the past few years alone, it has been reported that the U.S. Special Operations Command has served in at least 134 countries “where they were either involved in combat, special missions, or advising the training foreign forces.” And as recently as this past October, Master Sgt. Joshua Wheeler, an Army Delta Force commando, was killed during a rescue mission in Iraq. Although the mission “was conducted as part of the U.S. training and advisory mission” there, the dangers that faced him and other troops are apparent and all too frequent. Other dangers, however, are much less visible.

As we’ve seen in Afghanistan, it’s easy to forget that young women and men are still putting themselves in harm's way to serve their country honorably in very hostile locations throughout the world. This grows even easier when media coverage of this war diminishes and an actual dialogue about the problems our current warfighters face doesn’t exist, which is why it is so important to not blur the lines between what an “advisor” does, or whether or our troops are on a “combat mission” or not.

We owe it to U.S. troops to support whatever they do, and that gets harder to do if you don’t think they are in harm’s way.