The rise of the Islamic State in Iraq and Syria has drawn the Iraq War back into the spotlight as... 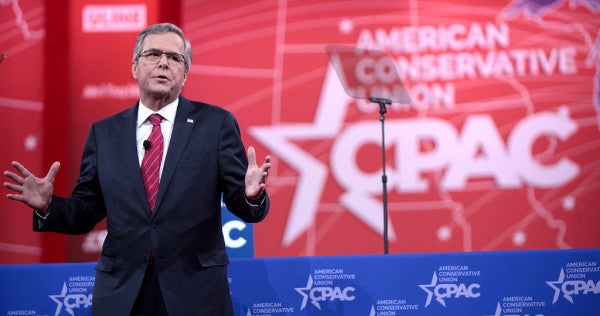 The rise of the Islamic State in Iraq and Syria has drawn the Iraq War back into the spotlight as a hot-button issue for presidential candidates. While speaking at the Ronald Reagan Presidential Library in Simi Valley, California, on Aug. 12, Jeb Bush, a leading Republican presidential candidate, issued a blistering critique of President Barack Obama and Hillary Clinton, accusing the two of standing idle as Iraq plunged into chaos.

“That premature withdrawal was the fatal error, creating the void that ISIS moved in to fill,” said Bush. “Where was the secretary of state, Secretary of State Clinton, in all of this? Like the president himself, she had opposed the surge, then joined in claiming credit for its success, then stood by as that hard-won victory by American and allied forces was thrown away.”

Bush’s speech put him in a position to attack the Democratic Party’s frontrunner on an issue on which many Republicans argue she is vulnerable, reports The New York Times. However, it also puts him at risk of reminding voters that it was his brother, former President George W. Bush, who led America to war in Iraq.