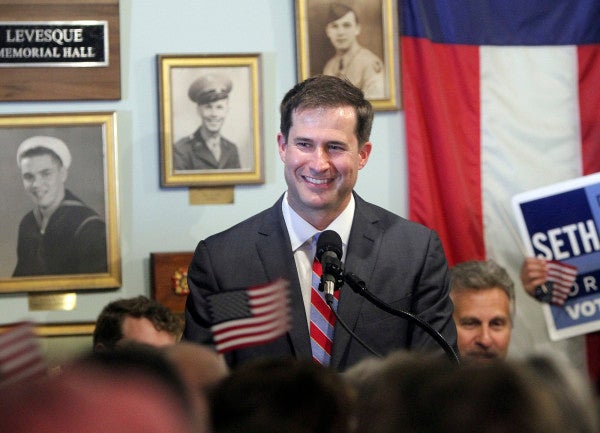 Tierney was beset by criticisms of ineptitude and a familial connection to a gambling scandal, but was bolstered by deep ties to the Democratic party, including endorsements from Sen. Elizabeth Warren and House Minority Leader Nancy Pelosi.

Tierney is the fourth House incumbent to lose his or her primary election these midterms, but the first Democrat to do so. The Democratic party isn’t nearly as fractured as the Republican party, which is struggling for identity between libertarian, tea party, and establishment factions, and after dramatic losses in the past two presidential elections.

And so Moulton’s primary victory represents not a Democratic identity crisis, but more of a changing of the guard.

“It's time for a new approach to end the gridlock in Washington,” Moulton reportedly told supporters as he declared victory last night. “It's not enough to blame the Republicans for the lack of progress at a time when our country faces so many challenges. And it's cynical to think we must accept it.”

Moulton joined the Marine Corps in 2001, after graduating from Harvard. Though he opposed the war in Iraq, according to his campaign site, he served in that conflict as an infantry officer, earning a Bronze Star for valor and extending his deployment at the request of Gen. David Petraeus. If elected, Moulton would join Congress at a time when representation from military veterans is among its lowest levels in American history.

He would join a select group of Iraq and Afghanistan War veterans in Congress that includes several rising stars in both parties — Democratic congresswomen Tulsi Gabbard and Tammy Duckworth of Hawaii and Illinois, respectively, and Rep. Tom Cotton, a Republican in Arkansas who is locked in a close Senate race against incumbent Democratic Sen. Mark Pryor.

But Moulton faces a tough general election for the congressional seat on Nov. 4. He will face Richard Tisei, a former Republican nominee for lieutenant governor of Massachusetts who lost in 2010 and lost a pretty close race against Tierney in 2012 to represent Massachusetts’ sixth.