There’s no question that the military molds ordinary citizens into incredible leaders, and it appears the rest of the country... 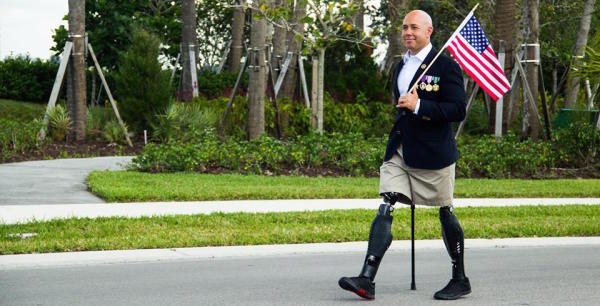 There’s no question that the military molds ordinary citizens into incredible leaders, and it appears the rest of the country has begun to recognize that, too.

At least 27 post-9/11 veterans won congressional races on Nov. 8, while the current Congress includes 26 veterans. In addition, as of now, 18 veteran incumbents won reelection and three senators were not up for reelection this year. There are, however, still handful of races that have run-offs as you can see from this chart drawn up by Military Times.

As of now, the following 10 veterans have been newly elected to Congress.

After almost 30 years in the Air Force, Bacon now works as an assistant professor at Bellevue University, where he teaches courses on leadership and American values. He retired as a brigadier general and was awarded the Distinguished Service Medal, two Legions of Merit, and two Bronze Stars over the course of his career. In the race, he ousted Democratic incumbent Brad Ashford by running on strong national defense, family values, and a simplified tax code.

In addition to having spent six years on the Indiana General Assembly, Banks works as a commercial real estate broker in Fort Wayne. He currently serves in the Navy Reserve as a supply corps officer and took a leave of absence from the state senate in 2014 and 2015 to deploy to Afghanistan.

He campaigned on strong national defense, the replacement of the Affordable Care Act, and religious freedom.

Bergman is a retired Marine Corps Reserve three-star general. His civilian career included work as a pilot for Northwest Airlines and for a company that made hospital operating room equipment. He also started a firm that sold surgical microscopes and imaging equipment. Bergman ran on job creation, tax relief, and second amendment issues. He hopes to be selected to serve on the Veterans Affairs Committee.

Now a retired colonel in the Army Reserve, Brown deployed to Iraq for 10 months in 2004 and 2005 with a civil affairs unit. He served as as an aviator and JAG officer and worked as an adviser to the Iraqi Ministry of Displacement and Migration, working on refugee and resettlement problems.

Brown went on to serve as lieutenant governor of Maryland under former presidential hopeful Martin O’Malley. He also lost Maryland’s gubernatorial election in 2014. In this election, however, he ran and won his race on strengthening veterans benefits, ending domestic abuse, and building education initiatives.

After obtaining his master’s degree, Carbajal served eight years in the United States Marine Corps Reserves, including active duty service during the 1991 Gulf War, while also working in various roles with several Santa Barbara-based non-profit organizations and in local government. Carbajal was a member of the Democratic Congressional Campaign Committee's Red to Blue Program, which offers financial, communications, grassroots, and strategic support to candidates across the country. He ran on the issues of supporting middle class families, veterans affairs, and retirement solvency.

A congresswoman since 2013, Duckworth was just elected a senator, unseating Navy vet Mark Kirk. An Iraq War veteran, she served as a U.S. Army helicopter pilot and suffered severe combat injuries, losing both of her legs and damaging her right arm. After, she worked for the Department of Veterans Affairs before running for the 8th district congressional seat in Illinois. While there, she served on the Armed Services Committee and the Committee on Oversight and Government Reform.

Duckworth’s work in the House centered on health care, immigration, and foreign aid — issues she campaigned on this year. The seat she won on Nov. 8 previously belonged to President Obama until he was elected president.

After getting his bachelor’s and law degrees from the University of Richmond, Garrett spent six years in the Army, deploying to the Balkans. In 2007, he served as the Commonwealth’s Attorney, and was elected as the state senator for the 22nd district in 2011. His congressional campaign centered on job creation, drug testing for welfare, and his pro-life stance.

Mast enlisted in the Army in 1999 and became an explosive ordinance disposal technician. He deployed to Kandahar in 2010 where an IED blast resulted in the amputation of both his legs and one of his fingers.

After being discharged, Mast worked for the Department of Homeland Security as an explosives specialist. The race was his first, and he managed to turn a blue seat red. During his term, hopes to save the coastal waters in Florida, replace Obamacare, and reform the VA.

After graduating from Princeton, Gallagher joined the Marine Corps and spent seven years on active duty in Iraq where he gathered and analyzed human intelligence. Gallagher previously worked as a staff member on the Senate Committee on Foreign Relations Committee and on Gov. Scott Walker’s presidential campaign.

During his term, he hopes to eliminate wasteful spending and focus on national security. In addition, he is a staunch advocate of Second Amendment rights.

In 2003, Panetta commissioned as an Naval intelligence officer in the Reserve. Four years later, he went on active duty with a special operations forces in Afghanistan. He is also the son of former Defense Secretary Leon Panetta. After separating, he took up a career in law, and most recently, served as deputy district attorney in Monterey County.

Panetta ran on immigration reform, educational opportunity, and job creation. In winning this seat, he’s replacing Democratic Congressman Sam Farr, who held it for 23 years. Prior to that, his the seat belonged to Panetta’s father.

Taylor was a Navy SEAL for eight years. He served overseas in South and Central America in counternarcotics and foreign internal defense missions. Taylor also deployed to Iraq as a SEAL sniper. A Republican, he ran as a candidate in the 2010 primary election for Virginia's 2nd congressional district, but lost to Scott Rigell. This was his second attempt, after Rigell stepped down.

He plans to focus on national security and defense issues, including more investment in cyber defense and unmanned vehicles. Endorsed by the National Rifle Association, Taylor has said he opposes attempts to further restrict gun ownership.