The L.O.S.E.R. System: 5 Easy Steps To Avoid Being The Vet Everybody Hates

One of the greatest disservices thrust upon transitioning servicemen and women, particularly in the GWOT generation, is the notion that... 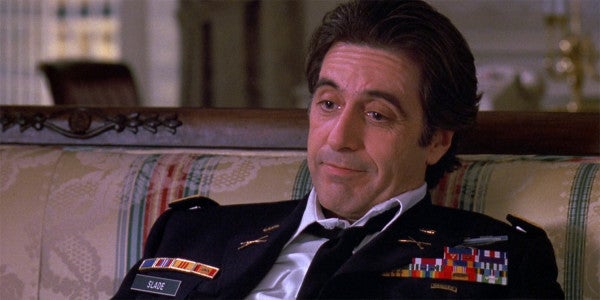 One of the greatest disservices thrust upon transitioning servicemen and women, particularly in the GWOT generation, is the notion that their service distinguishes them from those who didn’t serve.

This mindset doesn’t just come from the daily thank-you-for-your-service platitudes they’ve received from much of the public for over a decade. It comes from leaders in the very institution they’re transitioning out of.

Let’s be real here: Very few organizations on this planet are able to heap praise on people for seemingly ordinary accomplishments like the military does. For proof, look no further than that Army Commendation Medal your roommate received for doing that thing that he was supposed to be doing in the first place, but it just so happened the right person witnessed it. Yes, the same roommate whom you witnessed the week before chugging half a bottle of Black Velvet and puking off the roof of the barracks, before he cried himself to sleep, because his 19-year-old hometown girlfriend wouldn’t drop out of Arizona State and jump on the B.A.H. train with him.

I’m here to remind you that, though the military has left you with many good traits, you are jumping back into the private sector with a whole bunch of learning to do.

When the world is constantly flattering you for your chosen life, the facile idea that you’re special can slowly seep into your brain, whether you realize it or not. Consequently, many veterans jump into the civilian world with the impression that their military service makes them uniquely qualified for any job at hand.

I know this, because I made almost every conceivable mistake during my own transition, and for the past four years I’ve watched others nauseatingly put the onus for their own transition woes on the public and not their own poor decisions. Their frustration about not getting the work they want consistently turns into internet outbursts that read something like “I FOUGHT 4 my country and came back to a place that wont give me a job cuz these civilian morans cant handle ppl like us!!!!”

“Someday a real rain will come and wash all this scum off the streets.” “So… you have janitorial skills?”

Don’t worry. I’m here to remind you that, though the military has left you with many good traits, you are jumping back into the private sector with a whole bunch of learning to do.

I’ve created a system to help those who are about to or have recently separated from the military. I call it L.O.S.E.R.

L: Listen to others.

This is self-explanatory. Do you remember your early days in basic training, M.O.S. school, and arriving at your new unit? You realized right away that everyone above the rank of private probably knew more than you, and you listened to what they had to say — partly because they had the knowledge, and partly because you were so naïve that you weren’t in a position to question anything.

This step is applicable to entering a new job or educational opportunity you’ve secured post-service, but you can also apply it to your job or school search. There are other veterans studying or working in your potential career field, so hit them up, ask questions, listen, and—at the very least—act like a fly on the wall and just absorb what you hear around you.

This shades fairly close to Step 1, but its distinctive flavor comes from a mental cleansing of certain things that made you stand out in your service. I’m not saying you need to pull an “Eternal Sunshine of the Spotless Mind” and completely erase the military from your memory. But proficiencies like P.F.T. and rifle scores, combat experience, and your master floor-buffing abilities are not applicable in the private sector.

I can’t stress the middle of that last sentence enough: Your combat experience will not make you look sexier to potential employers, and dwelling on downrange exploits will only make you look like a psycho.

The Romans had a phrase, tabula rasa. It basically means “blank slate.” Your next step in life, especially if you come from a combat arms background, is more than an extension of the military world you just came from. You must look at this part of your life as a rebirth. You know nothing, but you have the capacity to learn and do everything.

S: Sell your qualities, not your service.

All that said, remember to highlight all the good things about your service without making everything revolve around your service. You can bring all the good attributes you acquired—leadership, tact, your ability to withstand an ass chewing—without solely concentrating on your service. Your military experience is merely a footnote in the story of you and your developing skills.

“IN THE FIELD, WE HAD A CODE OF HONOR.” “Sir, this line is for issues with your Comcast bill.”

Like anything in life, your actions will speak louder than your words. Don’t be John Doe the Veteran in your civilian life. Be John Doe the Productive and Well-Liked Member of Society Who Happens to be a Veteran. Show up. Have a good attitude. Be nice to people. Don’t cram your service down their throats and make social situations awkward.

If you’re not completely full of yourself, you’ll take the jobs you can get, when you can get them. Thinking that the world is somehow out to get you is snowflake stuff. You’re not a snowflake, are you?

R: Roll up your sleeves and go to work.

Do the work. Whether it’s an actual job or going back to school, just show up and put in the effort. It’s not (usually) going to be like the military, where you can sneak off at random times and catch a nap under your vehicle. You’ll actually have to consistently be there. Trust me, you’ll get used to it.

Whatever you do, don’t fall into the post-service trap in which you become a professional veteran. There’s a passion for you to discover. There’s money to be made. There’s a new life to build. You just have to appreciate the rest of the people in this country the same way you appreciated the people you served with. You can either do that, or you can be the veteran nobody wants to be.