I’m Not A Marine, I’m An Ex-Marine. Get Over It

You quickly learn in the military that people who are obsessed with their rank are bad news. You know what... 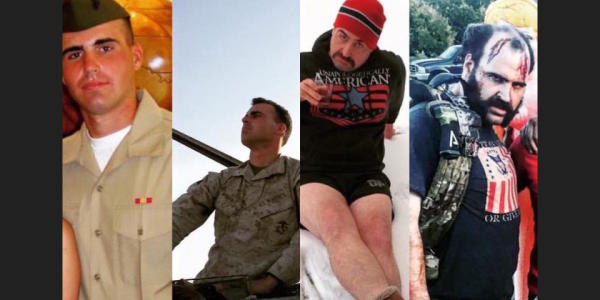 You quickly learn in the military that people who are obsessed with their rank are bad news. You know what I’m talking about: the ones who regularly lord their status over you to mask their lack of a natural command presence. The first moment they feel they’ve lost a splinter of control over the house of deception they’ve built, they’re quick to remind you, “I’m a (insert unimpressive ranker here) ___________!”

Status without confidence will bring that out in people. A good leader can control a situation with his actions rather than his authority. The same goes for those who carry certain titles long after they hang up the uniforms that physically represent them.

Clinging on to self-aggrandizing designations doesn’t just make a person look weak. It’s also a reflection of how you treat others who can’t see the titles you deem so important.

I’m a Marine. Well, actually, I’m a civilian. But according to custom I’m a Marine, because I served over a decade ago. I’m about 20 pounds overweight, sport a well-manicured beard, hardly use any military jargon, and have no desire to do anything Marine-related. But I’m a Marine because I was kind of the opposite of all that 10 years ago. Are you following me?

It would be one thing, when the subject of my service comes up, if I could just say, “I’m a former Marine,” “I was a Marine,” or the popularly taboo “I’m an ex-Marine.” Because of Title Justice Warriors, or TJWs, it’s not that simple. Thanks to years of TJW snowflakes eating people alive for not using their favored terminology to refer to one’s past Marine service, those of us who acknowledge that our fighting days are over are left to simply quit giving a shit about title.

It’s certainly not that I’m ashamed of my service. I just think it’s ridiculous that people emphasize title so heavily when it doesn’t represent the whole of someone’s character. Actions do.

I, for one, have begun to rebel against the TJWs. It’s actually much more convenient to call myself a “former Marine” than to go through the whole “Well, yeah, technically I’m a Marine, even though my physical appearance says everything to the contrary” bit. And because I’ve increasingly begun hearing things like “Dude, there’s no such thing as a former Marine. Once a Marine, always a Marine,” it’s that much more fun for me to refer to myself and others as ex-Marines.

Watching people get bent out of shape over something so trivial is hilarious. You didn’t take food off their plate. You didn’t insult their wives. You simply used terminology that threatens their sense of self and they meltdown as a result. You control their time and emotional well-being when they lose their minds over your words. You are, in a sense, their god.

For that matter, I’m going to quit capitalizing Marine at this point. That’s another trivial point and major waste of time. Being a marine is about your training, your ability to destroy the enemy, and your willingness to give your all. It’s way above something as ridiculous as capitalization.

Ex-marines have everything in the world to be proud of regarding their service. It’s the toughest service-wide basic training in the entire armed forces. It’s a branch that is culturally built around high aggression, high tempo, and the type of high haircuts that most people shy away from. It’s also an organization that has won some of the toughest battles in American history. But here we are, left to watch its veterans act like liberal arts students on a trigger bender whenever they don’t hear the precise language they’re looking for.

How about this: You’re a grownup who served honorably. Start with having the confidence to let the small things go and not view people calling you “ex” as a reflection of who you are as a person now. You served as a marine, and no one can take that away. Find comfort in that.

Semper Fi to all the current and ex-marines out there! Thank you for your service.