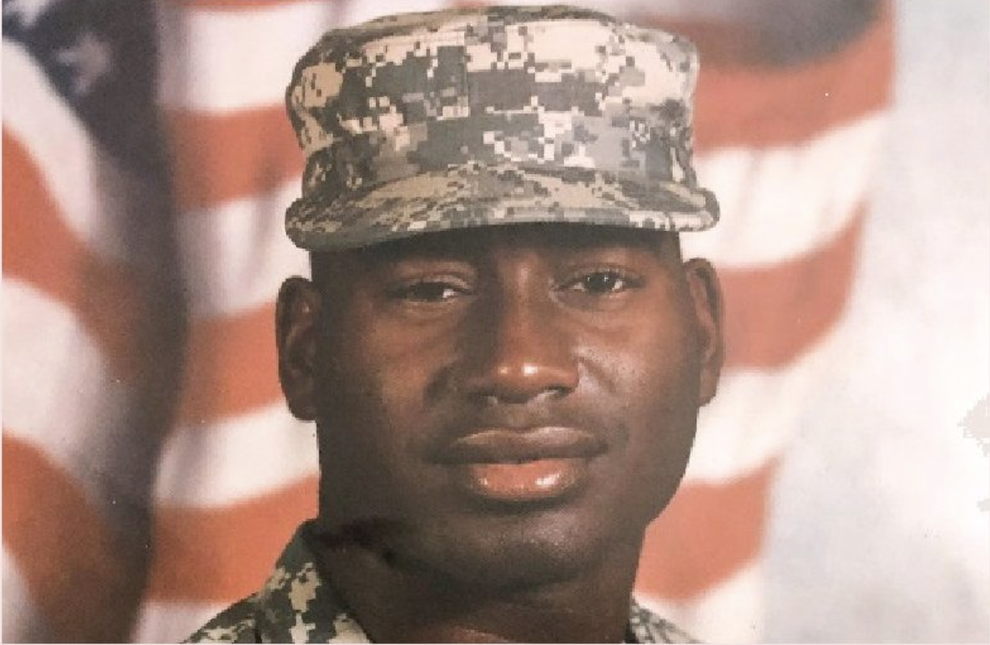 After serving almost 10 months in Alabama jails for felony possession of medical marijuana legally prescribed in his home state of Arizona, the disabled Iraq War veteran and Purple Heart recipient walked out of the Draper Correctional Facility Monday morning.

Waiting was wife Eboni, who had not seen Sean since January. “Oh, my gosh, I had butterflies,” she said of seeing him emerge from the prison’s gates. “I was trying not to cry. My knees got weak. I was jittery and so happy.”

Last month, the 34-year-old who was arrested while driving through in Pickens County in 2016, was granted parole by the Alabama Board of Pardons and Parole.

“I’m overjoyed really, relieved,” Worsley said as the two drove from the prison to Birmingham. “I’m still taking it all in. Glad to see my baby. It’s been a long while.”

With marijuana illegal in Alabama, Worsley, who suffers from PTSD (post-traumatic stress disorder) and a traumatic brain injury, was sentenced to five years in prison. On September 23, he was transferred to Draper from the Pickens County Jail.

Worsley has seizures, suffers from chronic back and shoulder pain, battles nightmares, and sleep disorders, and was years ago deemed by the Veterans Administration to be “totally and permanently disabled due solely to [his] service-connected disabilities”.

Sean and Eboni were driving through Alabama on Highway 82 four years ago, on their way to surprise relatives in North Carolina, including Sean’s young son, and see about Sean’s grandmother’s home in Tarboro, NC, which was flooded during Hurricane Matthew.

The couple stopped for gas in Gordo, just outside Tuscaloosa around 11 p.m. They caught the eye (and ear) of local police officer Carl Abramo as Sean stepped out of the passenger side and began playing air guitar to loud music emanating from the car.

“He was laughing and joking around and looking at the driver while doing all this,” it reads in the police report, obtained by Alabama Appleseed, who initial report on Worsley ignited national exposure Abramo, who is white, said the loud music violated a local noise ordinance. He smelled marijuana, too, and asked to search the car, according to news reports.

Worsley, who is Black, told Abramo he was a disabled veteran and showed the officer the medical card for the different strains of marijuana kept in several small containers in the car. Abramo arrested the Worsleys and hit them with several charges, some simply because they had alcohol in their possession; Pickens County is still mostly dry.

The officer also found rolling papers and a scale. Medical marijuana users typically measure usages. Still, rather than be charged with misdemeanors as first-time marijuana offenders, Sean and Eboni were charged with a felony because Alabama police officers have the discretion to do so if they believe the drug is for “other than personal use.”

The Worsleys were released on bond and returned to Arizona. A year later, though, the bond was inexplicably revoked. Sean and Eboni drove franticly overnight to avoid being charged with failure to appear in court.

After the couple was split and questioned separately, Sean signed a plea agreement (60 hours probation, drug treatment, and $3,388.40 in fines and fees) so all charges against Eboni would be dropped.

Two years later, though, the Worsleys’ lives were spiraling down a byzantine path. Sean’s brain injury affected his short-term memory; he endured episodes of depression, back, and shoulder pain. In 2015, the Veteran’s Health Administration (VHA), Appleseed.org said he needed a caregiver due to impulsivity, cognitive challenges, and other issues. Eboni, whom he married in 2012, was that caregiver.

In early 2019, Worsley’s Arizona probation officer cited him for “failure to attend” or “pay court-ordered monies”. He couldn’t afford the $250 to renew the medical marijuana card. In Alabama, a felony arrest warrant had been issued for him for inadvertently missing a court date in Pickens County. The warrant prompted to VA to cut off Sean’s benefits.

Early this year in Arizona, Sean was pulled over in a routine traffic stop. He nervously told the officer about the medical marijuana in his possession, his PTSD and other medical issues, his expired card—and the warrant. When the police contacted Alabama, the state ordered Worsley extradited, at a cost of $4,345.

Upon his return, Worsley was incarcerated.

Now a job awaits him, with Blox Construction in Bessemer. “I’m excited and eager to get started,” he said.

Eboni said the month waiting for Sean to be released following the pardon was excruciating. “That month felt like seven months,” she said. “I knew he was coming home, I just didn’t know when. I was counting the days, trying not to be anxious. God promised us, so we just had to be patient and be thankful.”

“[The pardon] was the right decision to make, particularly during a pandemic,” said Ward. “There are several people who should be in prison, but some people who shouldn’t be in the system. He’s one of them. If there was ever a case of someone society has left down, someone, a veteran, who couldn’t get the mental health and treatment he needed, it was him. We discarded him and that’s not justice to me.”

“The case of Sean Worsley deals with a convergence of several issues.,” Rafferty said “Alabama’s harmful marijuana laws, particularly concerning medical marijuana. It deals with our country’s misunderstanding and treatment of veterans returning home and transitioning to civilian life. And it deals with excessive policing—that put suspicion on a man doing nothing more than listening to the radio and playing air guitar to his wife.

While the news of Sean’s parole is welcomed and to be celebrated,” he added, “it only serves to highlight the legislative chamber’s duty to make right these wrongs and allow our criminal justice system to focus on crimes that actually endanger community safety.”

Eboni credits Worsley’s mother, Sheryl Macon, for initiating efforts to free her son. “She was the first to go to Pickens County and see what was going on,” Eboni says. “Then she stepped aside and left it to me.”

“Anything he wants,” Eboni said. “I’m ready to see his face when he gets home. Ready to cook for him, ready for him to get comfortable, go for a walk, whatever he wants to do.

A GoFundMe site was established for the Worsley’s, who moved to the Birmingham area and will remain there for the foreseeable future.