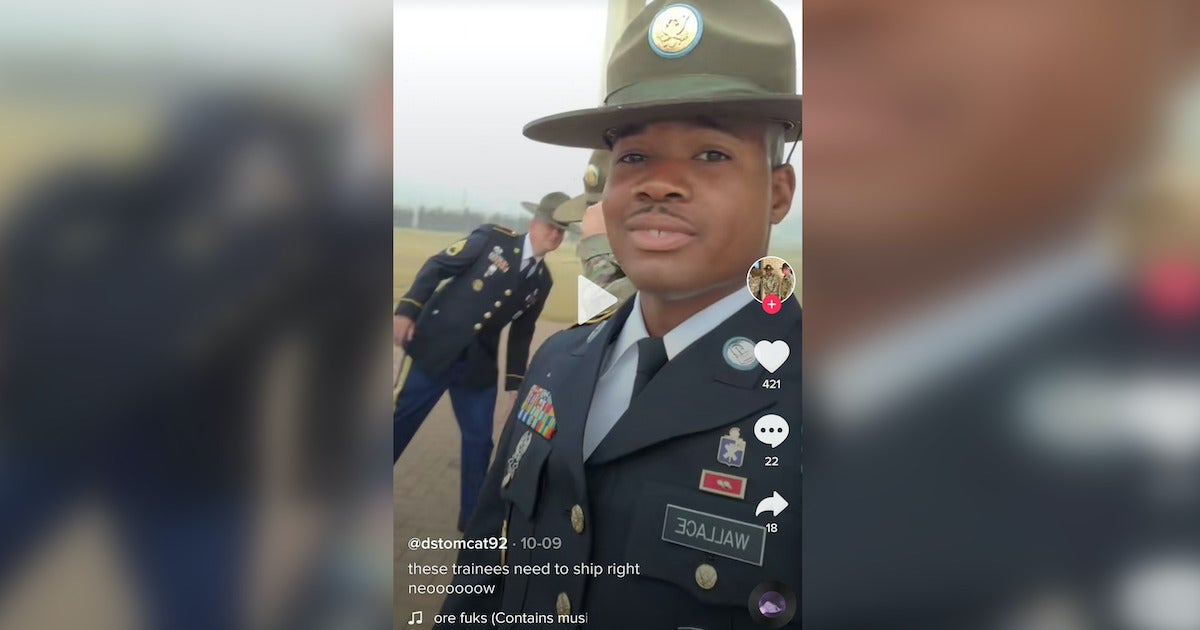 An Army drill sergeant at Fort Sill in Oklahoma is now facing scrutiny from his command after posting a TikTok video in which he complained about the use of cell phones by recruits.

In the video, which features footage of several new recruits using their cell phones, Sgt. Treyon Wallace can be heard stating that “this is what the Army has turned into now.”

“A bunch of soft-ass, fuckin’ … ‘I get to use my cell phone for 30 minutes every Sunday’ because why? Because we’re fucking soft, that’s why,” Wallace says. “It’s fucking sickening.”

While cell phone use is generally prohibited among privates going through basic training, at the discretion of their company commander new soldiers are usually permitted to use their phones on Sunday nights to keep in touch with family.

“This shit makes me fucking sick,” Wallace continues in the video. “But hey, this is the new Army, and we have to change with it.”

Hey if you're a Drill Sergeant, don't film your trainees, call them "fucking sickening", and then post it to social media. Jesus, dude. pic.twitter.com/R1udOTEcW0

Though Wallace has since set his TikTok account to private, the video quickly garnered attention in military circles after it was reposted to Twitter on Sunday, prompting the drill sergeant to issue a follow-up post defending his comments.

“To clarify: the opinion about cell phones is not the problem,”  @LethalityJane, an active-duty soldier, wrote on Twitter. “The problem is being in a position of trust and responsibility over the most vulnerable population in the Army and using that position to film and mock Soldiers without their knowledge or consent for TikTok likes.”

When reached for comment, Fort Sill confirmed that Wallace is in fact a drill sergeant assigned to the 434th Field Artillery Brigade.

“The command is addressing the issue with the Drill Sergeant,” Fort Sill officials said in a statement provided to Task & Purpose. “The video that is on TikTok and Twitter does not reflect the values or sentiments of Fort Sill and its Service Members.”

Trainees at Fort Sill “are allowed to have their phones at prescribed times that does not interfere with their training,” the statement continued. “Phone privileges have increased due to the global [novel coronavirus (COVID-19) pandemic to ensure that families and loved ones know that their trainee is safe and doing well.”

This wouldn’t be the first time that a soldier has found themselves under investigation for posting to TikTok. Indeed, the Army has recently investigated soldiers for conducting an airborne jump while vibing with cranberry juice to Fleetwood Mac, airing grievances about toxic leadership, making political statements in uniform, and joking about the Holocaust on the platform.

In recent months, the U.S. has taken steps to limit TikTok among the federal workforce. In December, the Defense Information Systems Agency recommended that all DoD employees uninstall TikTok from their phones. Weeks later, the Army banned soldiers from using TikTok on government phones, saying it was a cyber threat.

TikTok may be a cyber threat, but let’s be real: in incidents where a service member gets busted for doing something stupid on a public social media platform, usually, the real threat is their own stupidity.

Related: Social media is the greatest threat to US service members