Regrets. I've had a few. 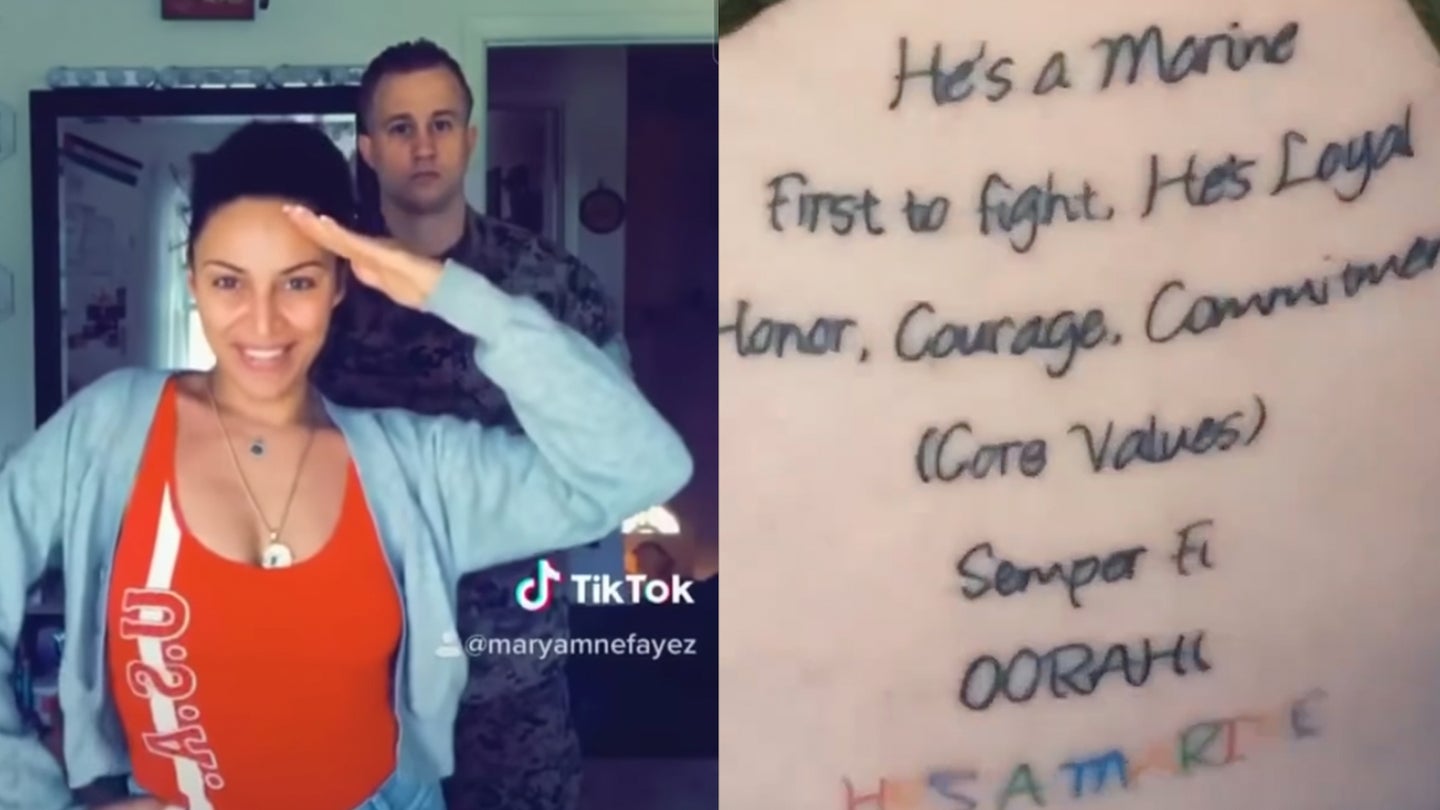 A Marine got a tattoo based on the viral “He’s a Marine” TikTok video that ostensibly caused the entire Marine Corps to cringe in June 2020.

It’s not clear who the service member is, but what is clear is that ink inspired by the more than year-old viral TikTok has made its way onto at least one U.S. Marine’s ass. Though this may not be the first: a similarly-themed tattoo was posted to Reddit about a year ago.

Still, most Marines will be well aware of the tattoo’s inspiration thanks to the Marine infantry-centric web comic Terminal Lance, which shared the TikTok in 2020 and noted in the caption on Instagram, “I had to see this so now you do too.” In the clip that followed, a stoic, uniformed Marine gunnery sergeant could be seen unblinkingly staring into the camera as his wife, dressed in jeans and a patriotic “U.S.A.” tank top and oblivious to the man apparently dying inside mere feet behind her, gyrates and recites an original poem that will forever be remembered simply as “He’s A Marine.”

As she dances around and sings for 12 painfully-long seconds, you can almost detect the gunny come to the realization that he perhaps made “the absolute worst mistake of his career,” as one veteran offered on Reddit. “I cannot imagine the BRUTAL mockery his fellow Marines must be raining on him right now.”

The He’s a Marine video racked up millions of views, sparked the creation of shirts, morale patches, countless memes, and inspired some downright nasty comments in response. “This is the worst thing I’ve ever watched in my life,” someone wrote on the Terminal Lance Facebook page in one of the more mild yet popular comments. An even more well-liked comment left by a Marine was far more direct: “I showed this to my psychologist and she’s finally letting me kill myself.”

“I have so many questions and they all begin with why,” wrote another. The same question can be asked about this tattoo, which comes at an interesting time.

In October, the Marine Corps updated its tattoo policy, allowing sleeve tattoos once again after a 15-year ban. It was welcome news for many Marines, though after seeing the He’s a Marine tattoo, former Marine Lance Cpl. Maximilian Uriarte, the creator of Terminal Lance, joked: “The tattoo policy was a mistake.”