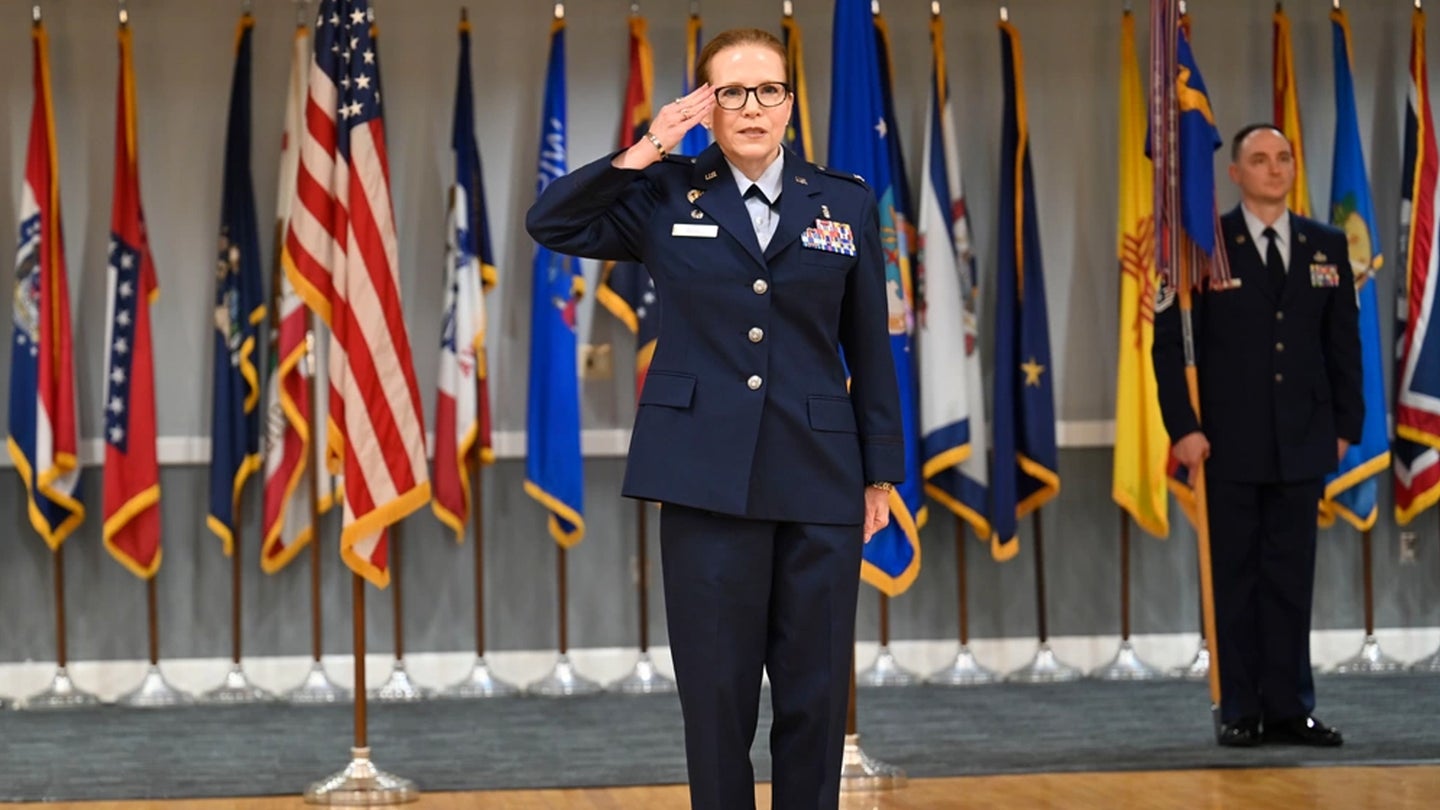 An Air Force colonel who was relieved of command last month at Columbus Air Force Base, Mississippi, claims she was fired after she refused to order her subordinates to receive the COVID-19 vaccine.

The COVID-19 vaccine was made mandatory for all members of the Air Force, and of the military writ large, on Aug. 23, when the U.S. Food and Drug Administration granted full approval to Pfizer’s COVID-19 vaccine.

“To defend this Nation, we need a healthy and ready force,” said Secretary of Defense Lloyd Austin in an Aug. 9 memo to the force. The vaccines, he said, “will protect you and your family. They will protect your unit, your ship, and your co-workers. And they will ensure we remain the most lethal and ready force in the world.”

However, Ellis believed Graham’s order conflicted with her own religious beliefs, as well as a request for a religious exemption from the COVID-19 vaccine mandate which she filed on Sept. 17. Ellis did not feel comfortable sharing the specifics of her beliefs “other than they are sincerely held,” she said, but this was the first time a vaccine violated her religious beliefs.

Ellis further clarified that her beliefs do not compel her to prevent, delay or undermine efforts to ensure the vaccines are available and administered to others, they just prevent her from taking it herself or actively promoting or administering it to others herself.

Because she felt the order conflicted with her religious beliefs, Ellis consulted with the base legal office the morning of Oct. 13 to figure out what to do next. On the advice of the legal office, Ellis said she worked with the vice wing commander, Col. Jeremy Bergin, to have Bergin issue the vaccination order on her behalf. He agreed to do so, and on Oct. 15 he issued the order, Ellis said. Apparently, the two civilians in question had already been vaccinated, but Bergin said the wing commander, Col. Graham, needed the order to be issued anyway, Ellis recalled.

“At the end of the day, I ensured the orders were issued in a timely manner that didn’t compromise my integrity or my religious beliefs and rights,” Ellis, who first joined the Air Force in 1997 and has deployed to Afghanistan, told Task & Purpose.

The Air Force saw it differently. On Oct. 21, the colonel was relieved of command due to a “loss of trust and confidence in her ability to lead and maintain readiness of the men and women of the 14th Medical Group,” Rita Felton, a spokesperson for Columbus Air Force Base, said on Oct. 22. Ellis had been in command for just four months.

Felton could not answer specific questions about what led to the loss of trust and confidence.

“We do not typically discuss the specifics of personnel actions outside of the chain of command,” Felton said on behalf of wing commander Col. Graham on Thursday.

Ellis said the specific reason was because she did not issue the vaccination order herself. She recalled Graham saying as much during her relief of command meeting.

“He said, ‘I think you know what this is about. When you can’t issue orders you have been given. I can’t have commanders who choose what orders they execute and what orders they don’t,’” Ellis recalled. “I tried to explain that ‘it’s part of the religious accommodation process.’ He said, ‘ok, well, that’s not going to work in this wing. So we need to move on.’”

When asked about the conversation, Graham declined to comment.

“I respect Col. Ellis’ privacy and will not discuss the specifics of any conversations I had with her,” he said.

Ellis’ case is part of a larger conflict unfolding within the Air Force as it arrives at Tuesday’s mandatory deadline for active-duty airmen to be vaccinated against COVID-19. The deadline for Air National Guard and Air Force Reserve members is Dec. 2, and while 96.2% of the active-duty and 92.8% of the total force had at least one shot as of Oct. 18, that still leaves up to 12,500 active-duty airmen who may face possible dismissal from the service as of Tuesday.

Those unvaccinated airmen will be “in violation of a lawful order and subject to discipline under Article 92 of the Uniform Code of Military Justice,” the Air Force wrote in a news release. The service even kicked out nearly 40 basic military and technical trainees for refusing the vaccine. While the branch has a religious and medical exemption process like the one Ellis applied for, observers argue that the process is set up to drive waiver recipients out.

For example, if an airman is classified as non-deployable because they are not vaccinated, and if they are considered non-deployable for more than a year, the airman would be evaluated to be administratively or medically separated, the Air Force explains on its COVID-19 website. Pentagon spokesman John Kirby said the number of service members who have a waiver is “very, very small.”

It could be a challenge for some service members to acquire religious exemptions, Butch Bracknell, a retired Marine lieutenant colonel who served as a legal advisor for the 1st Marine Division, told Task & Purpose in August. He explained that any request for a religious exemption would go through rigorous scrutiny to determine if the religion in question is legitimate and why a service member’s faith is opposed to this particular vaccine.

Earlier in August, Anthony Kuhn, a managing partner at the Tully Rinckey law firm, told Task & Purpose that commanders have several options for dealing with troops who refuse the vaccine, including issuing them a letter of reprimand or taking other administrative action; using nonjudicial punishment to push them to get vaccinated; referring troops to an administrative separation board for failure to obey an order; or even referring service members to courts-martial, as happened in the past when troops refused to get vaccinated for anthrax, Kuhn said.

Still, Kuhn hoped commanders would take a compassionate approach if any of their subordinates refused the COVID-19 vaccine.

“I would hope that those leaders are stronger leaders and instead of trying to make an example out of somebody that they would actually have some empathy and push the administrative response, but we know that is not always going to be the case,” he continued. “Some people will be court-martialed.”

Pentagon spokesman John Kirby seemed to echo that sentiment in a statement on Monday.

“I think the secretary has been very clear with the leaders of the military departments that he wants them to execute the mandate with a sense of compassion and understanding,” Kirby said. “I know he made this clear to them that he knows as a former commander himself, that leaders have a range of tools available to them to help troops make the right decisions for themselves, for the units, for the families, short of using the Uniform Code of Military Justice, therefore, short of punitive measures.”

Though the 14th Flying Training Wing public affairs office said Ellis was relieved due to loss of trust and confidence in her ability to lead, the Air Force in general has buckled down on its insistence that airmen get vaccinated.

“I get at least one notification a day about an Air Force or Space Force teammate we have needlessly lost to COVID,” said Under Secretary of the Air Force Gina Ortiz Jones. “The data is clear — the vaccine is the best tool to fight this disease. This is about readiness and ensuring our airmen and guardians are healthy and ready to defend the Nation.”