From voluntary to voluntold. 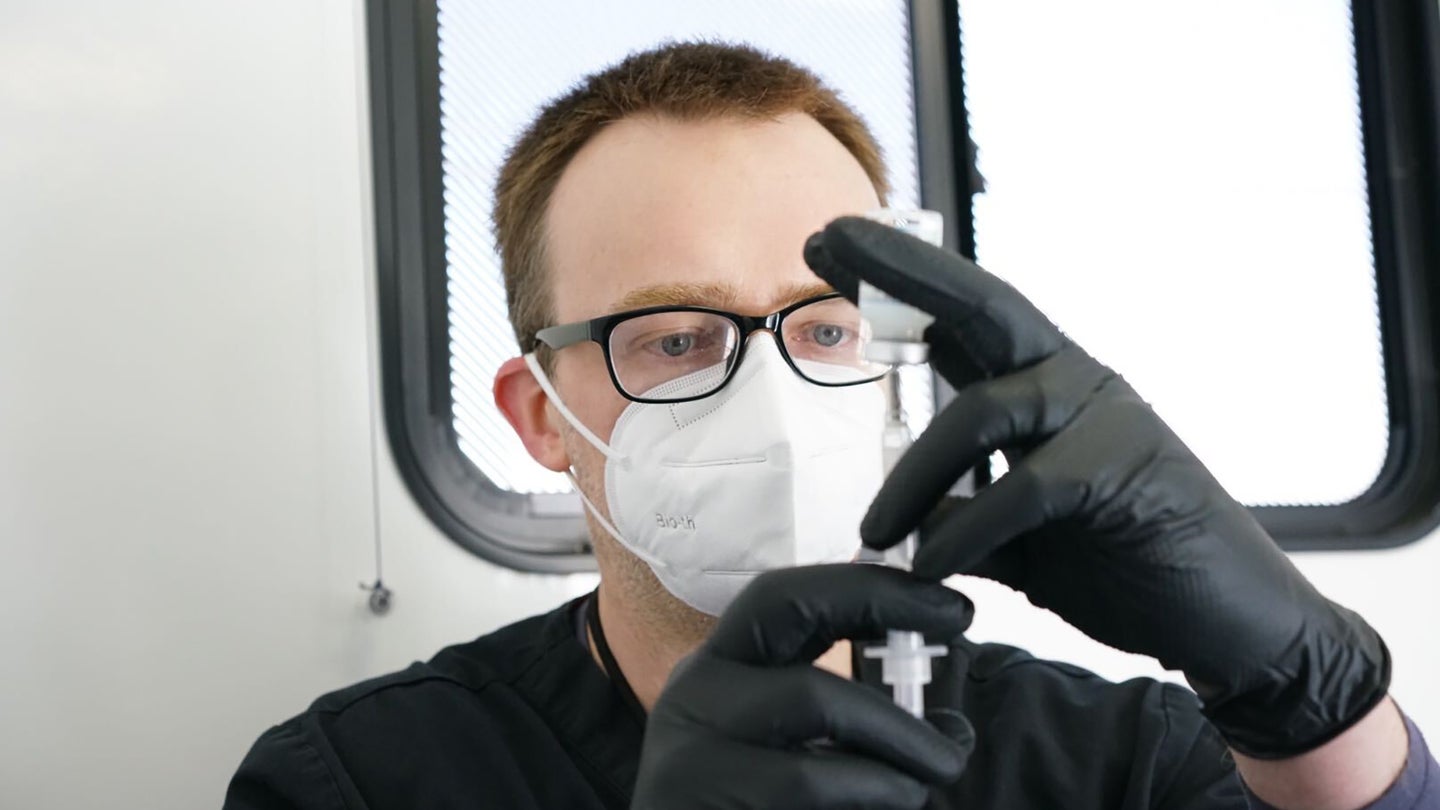 All U.S. service members will be required to get the novel coronavirus (COVD-19) vaccine made by the drug manufacturer Pfizer. And yes, that means you too, Marines.

On Monday, the U.S. Food and Drug Administration granted full approval to Pfizer’s COVID-19 vaccine, clearing the way for it to become mandatory for troops, Pentagon spokesman John Kirby told reporters on Monday.

Defense Secretary Lloyd Austin announced earlier this month that he would make mandatory any COVID-19 vaccine fully approved by the FDA before Sept. 15 for all troops. If that didn’t happen, Austin was prepared to ask President Joe Biden for a waiver to require troops be vaccinated for COVID-19 without full FDA approval.

“Now that the Pfizer vaccine has been approved, the department is prepared to issue updated guidance requiring all service members to be vaccinated,” Kirby said at a Pentagon news conference on Monday. “A timeline for vaccination completion will be provided in the coming days.”

Kirby declined to say if the other two vaccines made by pharmaceutical companies Johnson & Johnson and Moderna would also become mandatory if they are fully approved by the FDA. “I don’t want to get ahead of decisions that haven’t been made yet,” he said.

While vaccines initially slowed new COVID-19 cases in the country, the disease’s delta variant is rapidly spreading throughout the United States. Five service members died of COVID-19 between Aug. 11 and Aug. 18, and that is the most number of troops to die in a single week since the pandemic began, Meghann Myers of Military Times reported.

Because all of the COVID-19 vaccines had only been approved for emergency use before Monday, service members have been able to refuse to get vaccinated until now. Indeed, troops have cited several reasons why they did not want to get inoculated, including concerns with how quickly the vaccines were developed.

The military has pushed back on the tide of misinformation and lies being spread about the vaccines — such as the unfounded claims that they can lead to infertility and erectile dysfunction — but some soldiers at Fort Carson said they were opting out for a much simpler reason: “This is the first time I get to tell the Army NO!”

Among the active-duty force, 76 percent of sailors, more than 65 percent of soldiers, 62.8 percent of airmen and Space Force Guardians, and 57 percent of Marines were fully vaccinated as of mid-August, service officials said.

The Marine Corps had previously said in early August that 59 percent of active-duty Marines were fully vaccinated. The reason for the disparity is the Marine Corps is now using a new system to track vaccinations, said Marine Corps spokesman Maj. James Stenger.

It is harder to compare vaccination rates among reserve component service members.

Once the Pentagon issues its guidance, including a deadline by which most troops need to be vaccinated, there will be few options for service members who object to getting a COVID-19 vaccine.

Kirby told reporters on Aug. 10 that the Defense Department will have a process allowing service members to request religious exemptions from getting vaccinated, but he added that troops who do so would be counseled by a military physician and their commanders.

The Defense Department will likely grant a limited number of medical exemptions for troops who may not be able to take the COVID-19 vaccine, said Butch Bracknell, a retired Marine lieutenant colonel who served as a legal advisor for the 1st Marine Division. Those troops could go through the medical separation process, Bracknell said previously.

Once the COVID-19 vaccine becomes mandatory, commanders have a variety of ways to punish troops who refuse to get vaccinated including administrative separation, non-judicial punishment, and courts-martial, said Anthony Kuhn, a managing partner at the Tully Rinckey law firm.

“I would hope that those leaders are stronger leaders and instead of trying to make an example out of somebody that they would actually have some empathy and push the administrative response, but we know that is not always going to be the case,” Kuhn said previously. “Some people will be court-martialed.”

So, get ready troops: The pricks are coming.