Four people are dead including the gunman. Another seven people remain hospitalized, two of which are sheriff's deputies 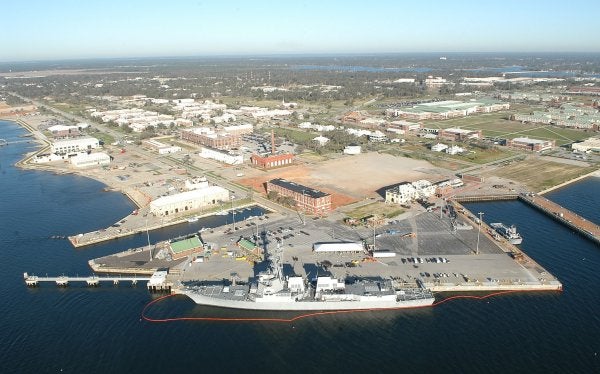 A shooting at Naval Air Station Pensacola in Florida has left four people dead, including the gunman, law enforcement officials said at a Friday news conference.

The shooter and two victims were killed at the base and another victim died after being taken to the hospital, said Chip Simmons, deputy chief of the Escambia County Sheriff's Office.

Another seven people remain hospitalized, including two sheriff's deputies who engaged the gunman, Simmons said at Friday's news conference. One was hit in the arm and the other was shot in the knee. Both are expected to recover.

An “active shooter” was encountered on the base on Friday morning, according to the Escambia County sheriff's office.

A few minutes later, the shooter was dead, according to the sheriff's office and the Navy.

#UPDATE: A second victim has been confirmed deceased.

Navy officials are in the process of notifying the families of those killed, Kinsella said.

This is the second deadly shooting at a Navy base this week.

On Wednesday, a sailor shot three civilians at the historic Pearl Harbor military base in Hawaii, killing two of them before taking his own life.

The shooter at Pearl Harbor was an active-duty service member who was part of the crew of the attack submarine USS Columbia, which is dry dock, Chief of Naval Operations Adm. Mike Gilday said on Thursday.

“We are pretty sure that he acted alone but we don't have those details yet,” Gilday said at the U.S. Naval Institute's Defense Forum in Washington, D.C. “There are a lot of interviews ongoing right now.”

The Pensacola base, which is near Florida's border with Alabama, is a major training site for the Navy and home to its aerobatic flight demonstration squadron the Blue Angels. The base employs more than about 16,000 military and 7,400 civilian personnel, according to the base's website.

Reuters contributed to this article.