The Pentagon will implement an "operational pause" on the training of Saudi students inside the United States as the military undergoes a review of screening procedures for foreign students, according to senior defense officials. 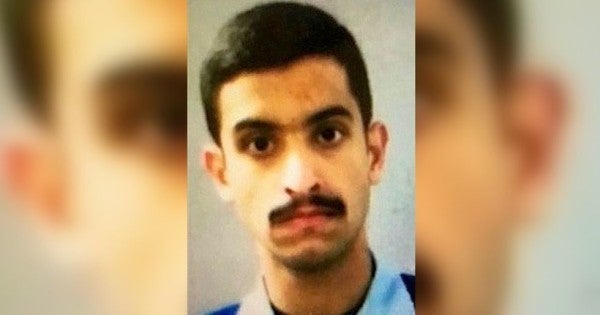 The Pentagon will implement an “operational pause” on the training of foreign students inside the United States as the military undergoes a review of screening procedures, according to senior defense officials.

Deputy Secretary of Defense David L. Norquist said in a memo Tuesday he was directing “immediately steps to strengthen personnel vetting for” international military students training inside the United States. The review, Norquest said, should be completed within 10 days, and will largely focus on policies and procedures related to the vetting of foreign students and the granting of access to U.S. military bases.

Senior defense officials told reporters that Saudi students currently in training programs would be put under an “operational pause” that would keep them restricted to classroom training for the time being as the review goes forward. When asked whether a delay in their training would result in their being dropped to other training classes, an official said the pause would be brief, adding that “we don't currently see that as being a problem.”

There are roughly 5,000 foreign military students from a variety of countries currently training in the United States, officials said.

Norquist said in the memo that the Pentagon had trained more than 28,000 Saudi students over the life of a security cooperation relationship “without serious incident.” He added that the stand down on training was supported by the Saudi government.

The move comes in the wake of the Friday shooting at Naval Air Station Pensacola carried out by a Saudi Air Force lieutenant, who killed three sailors and wounded a dozen others. The attack, which is being investigated by the FBI as an “act of terrorism,” was carried out by Saudi 2nd Lt. Mohammed Alshamrani, a foreign student in the training program. He was killed by a sheriff's deputy.

The Navy had already grounded nearly 175 Saudi Arabian military aviation students as part of a “safety stand down” on Tuesday, according to Reuters.

Our National Defense Strategy recognizes the valuable contributions of our allies and partners. These mutually beneficial relationships are critical to our strategy and provide the asymmetric advantage that no competitor can match. These enduring coalitions and long-term security partnerships, which are underpinned by interoperability, form the bedrock of our national security.

International military education and training are critical elements of building allies and partners' capacity, which extends our ability to act decisively to meet the shared challenges of our time. Currently, the U.S. military trains personnel from more than 150 partner nations in the United States. Our military education programs enable our allies and partners to better provide for their own defense, share the burden of responsibility for regional security and coalition operations, and maintain regional balances of power favorable to the United States.

The Department of Defense recognizes the importance of long-standing military education and training with the Kingdom of Saudi Arabia (KSA). The Department has trained more than 28,000 Saudi students over the life of our security cooperation relationship without serious incident. KSA is an essential partner, and we will continue to partner with the Kingdom to reinforce defense cooperation, increase military investment, and advance America's interests.

As we reaffirm our commitment to these critical military partnerships, so must we assess the efficacy of our security procedures in light of the tragic loss of life on December 6, 2019, at Naval Air Station Pensacola. In doing so, we will make every effort to ensure the safety of all personnel and their families on U.S. military installations. Therefore I direct the Under Secretary of Defense for Intelligence (USD(I)) to take immediate steps to strengthen personnel vetting for International Military Students (IMS), and to complete a review within 10 days of policies and procedures for screening foreign students and granting access to our bases. These efforts will seek to more closely align IMS vetting procedures with those we apply to U.S. personnel. With respect to specific training programs and personnel under their cognizance, the Secretaries of the Military Departments may take additional security measures as they see fit.

The Department is working closely with the Saudi government in our response to this incident. Pending the completion of a security and safety stand-down led by the Military Departments, which is supported by the Saudi government, training of KSA military students at U.S. installations and facilities will be limited to the classroom.