The U.S. military grounded Saudi pilots and restricted the some 850 visiting Saudi military personnel in the country to classroom training as part of a "safety stand-down" during which time it reviewed vetting procedures 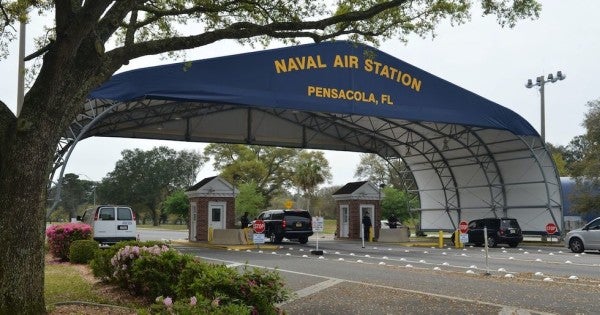 WASHINGTON (Reuters) – The Pentagon said on Thursday it would soon announce a resumption in operational training of Saudi military officers in the United States, suspended after a Saudi officer's fatal shooting of three Americans at a Florida naval base last month.

The U.S. military grounded Saudi pilots and restricted the some 850 visiting Saudi military personnel in the country to classroom training as part of a “safety stand-down” during which time it reviewed vetting procedures.

Next week, Defense Secretary Mark Esper is due to visit the base in Pensacola, Florida, where the shooting took place and will brief base leadership on planned improvements in vetting of foreign military personnel and changes to security procedures, including physical security at U.S. bases, the Pentagon said.

“We're looking forward to turning that (training) back on in the coming days,” Hoffman told a news briefing, adding “we should have an announcement for you soon.”

U.S. Attorney General William Barr on Monday called the shooting an act of terrorism and announced Saudi Arabia's withdrawal of 21 cadets after an investigation showed they either had child pornography or social media accounts containing Islamic extremist or anti-American content.

The Dec. 6 attack further complicated U.S.-Saudi relations at a time of heightened tensions between the United States and Iran, Saudi Arabia's regional rival.

It also threw a spotlight on the extensive U.S. military relationship with Saudi Arabia, which is under scrutiny in the U.S. Congress over the war in Yemen and Saudi Arabia's killing of Washington Post columnist Jamal Khashoggi in 2018.