"We got a really good outcome. We prevented the loss of lives." 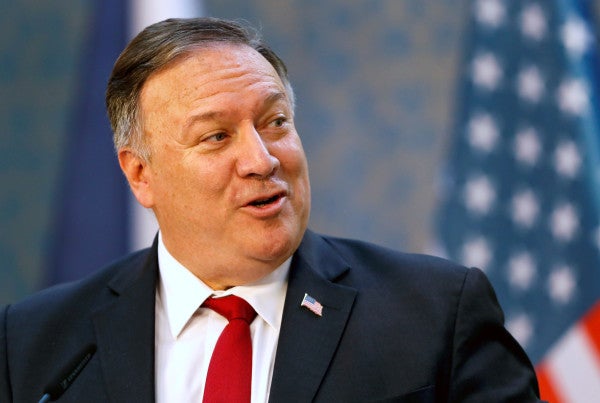 PRAGUE (Reuters) – U.S. Secretary of State Mike Pompeo said on Wednesday his department did everything by the book in regards to arms sales to Saudi Arabia in 2019 after a government watchdog found the risk of civilian casualties in Yemen was not fully evaluated.

His comments came after a State Department Inspector General report earlier this week concluded the state department did not fully evaluate the risk of civilian casualties in Yemen when it pushed through a huge 2019 precision-guided munitions sale to Saudi Arabia.

Related: The US did not fully assess civilian risks when pushing arms sales to Saudi Arabia, watchdog report says

“We did everything by the book,” Pompeo told reporters during a news conference with the Czech prime minister. “I am proud of the work that my team did. We got a really good outcome. We prevented the loss of lives.”

Congress had requested an investigation into the Trump administration’s May 2019 decision to move ahead with $8 billion in military sales to Saudi Arabia and other countries, sidestepping the congressional review process by declaring an emergency over tensions with Iran.

The secretary of state did not sit down for an interview for the report, instead submitting a written statement.