These ‘kamikaze’ drones are believed to be the culprits of the attacks on 2 Saudi oil fields. Here’s what we know about them

These "so-called 'suicide or kamikaze drones,'" include UAV-X drones with a maximum range of 1,500 kilometers, or 930 miles, which would give Houthi forces the ability to launch drones from their Yemen territory to the oil facilities in Saudi Arabia. 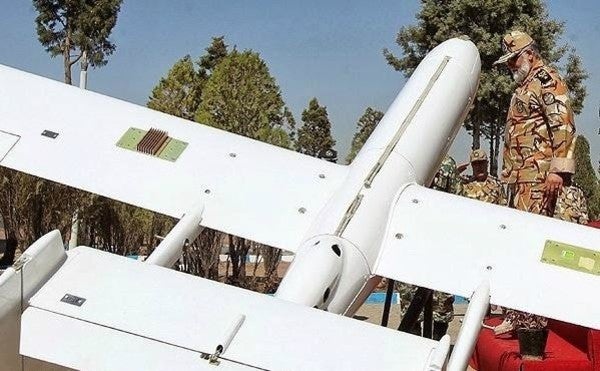 Yemen's Houthi rebel group, part of a regional network of militants backed by Iran, claims to be behind the drone strikes on two Saudi oil facilities that have the
potential to disrupt global oil supplies.

A report from the United Nations Security Council published in January suggests that Houthi forces have obtained more powerful drone weaponry than what was previously available to them, and that the newer drones have the capability to travel greater distances and inflict more harm.

These “so-called 'suicide or kamikaze drones,'” include
UAV-X drones with a maximum range of 1,500 kilometers, or 930 miles, which would give Houthi forces the ability to launch drones from their Yemen territory to the oil facilities in Saudi Arabia.

The drone strikes on Saturday were claimed by Houthi spokesperson Brigadier General Yahya Sare'e on a Houthi-controlled TV station. Sare'e said 10 drones were used in the attack, which he
said was in retaliation to Saudi military intervention in Yemen that has devastated the country, which has been at war since 2015.

US Secretary of State Mike Pompeo claimed
on Twitter that Iran was behind the attacks, which the country's foreign minister denied on Sunday, calling the remarks “maximum deceit,” The New York Times reported. The Houthi rebel group is aligned with the Iranian government, which the US believes has trained Houthi forces on drone and missile technology.

The drone strikes caused massive fires to break out in the Saudi government-controlled Aramco company's largest oil processing plant, but
the BBC reports the fires have been controlled and no casualties have been recorded.

According to a panel reporting to the UN Security Council, since September 2018, six drones have been collected that were used by Houthi forces for reconnaissance or attack purposes.

These UAV-X drones contain more powerful engines than the previously studied Qasef-1 drones, which did not allow Houthi rebels to strike further than the southern border regions of Saudi Arabia from Houthi-controlled territory in Yemen.

It is still unclear whether Houthi forces are the definite source of the drones that struck the Saudi oil facilities. Pompeo said on Twitter that there is “no evidence” the attack came from Yemen. The Saudi Arabian government has not yet issued any statements identifying or accusing a specific attacker. The last drone attack on a Saudi oil facility was carried out by an Iran-backed militia in Iraq.

However, the Houthi
spokesperson claimed that the attack was possible thanks to “cooperation” with people in Saudi Arabia, and warned of further attacks on the country.

The types of drones observed by the UN panel in use by Houthi forces are loitering munitions, which are unmanned aerial vehicles designed to strike targets from a distance using explosive warheads. Not only are UAV-X drones capable of engaging with targets further away, but the warheads examined by the panel contained 18 kilograms, or nearly 40 pounds, of explosives mixed will bear bearings.

Those findings suggest the drones in use by Houthi forces since mid-2018 are more deadly. The weaponry available to Houthi rebels has improved since the Houthi forces have been in collaboration with Iran. Saudi Arabia denied UN requests to inspect the guidance systems of the UAV-X drones, which could indicate supply chains as well as possible violations of the targeted arms embargo on Yemen.

Representatives for Houthi forces and the Saudi Arabia Ministry of Defense didn't immediately respond to Business Insider's request for comment.