The pirates approached the Stolt Apal in two speedboats some 75 nautical miles off Yemen, but were repelled when ship guards opened fire on the boats. 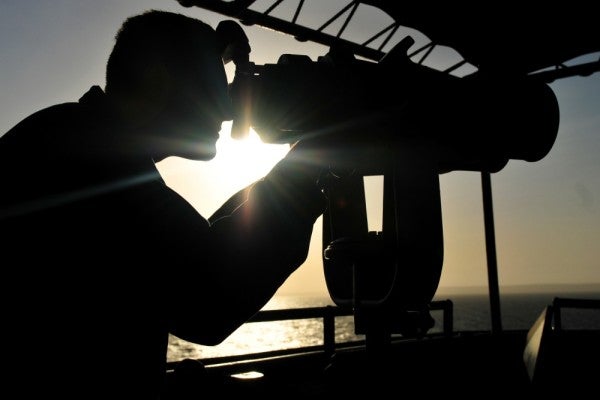 DUBAI/LONDON (Reuters) – Armed pirates attacked a British-flagged chemical tanker in the Gulf of Aden on Sunday but were repulsed, the ship's manager Stolt Tankers said.

The pirates approached the Stolt Apal in two speedboats some 75 nautical miles off Yemen, it said, in one of the most important trade routes for oil heading from the Middle East to Europe.

“After multiple warning shots were fired by the armed guard team aboard Stolt Apal, the skiffs opened fire on the ship. The armed guard team returned fire, disabling one skiff and ending the pursuit,” a company spokesman told Reuters in emailed comments.

“A coalition warship (also) responded and Stolt Apal has resumed her voyage,” the spokesman said.

He did not specify which coalition was meant, but maritime security sources said the vessel had been sailing through a transit corridor patrolled by international naval forces due to the high risk of attack.

The spokesman said the ship's bridge had sustained minor damage from bullets but that there were no injuries. None of the ship's cargo was damaged.

Stolt Tankers is a subsidiary of Norwegian listed Stolt-Nielsen.

Merchant ships have been attacked in recent years in the Gulf of Aden and the Bab al-Mandab waterway by armed gangs as well as militant groups such as Al Qaeda in the Arabian Peninsula.

A Saudi-led Sunni Muslim military coalition has in the past accused Yemen's Iran-aligned Houthi movement, which it has been battling for five years, of trying to attack vessels off the coast of Yemen with unmanned boats laden with explosives.

Maritime security firm Dryad Global said it was the ninth reported incident in the Gulf of Aden this year.

The United Kingdom Maritime Trade Operations (UKMTO) naval authority says in a warning notice on its website that it advises vessels in the area “to exercise extreme caution.”