The Navy is paying $100,000 for tips on smuggling drugs and guns in the Persian Gulf 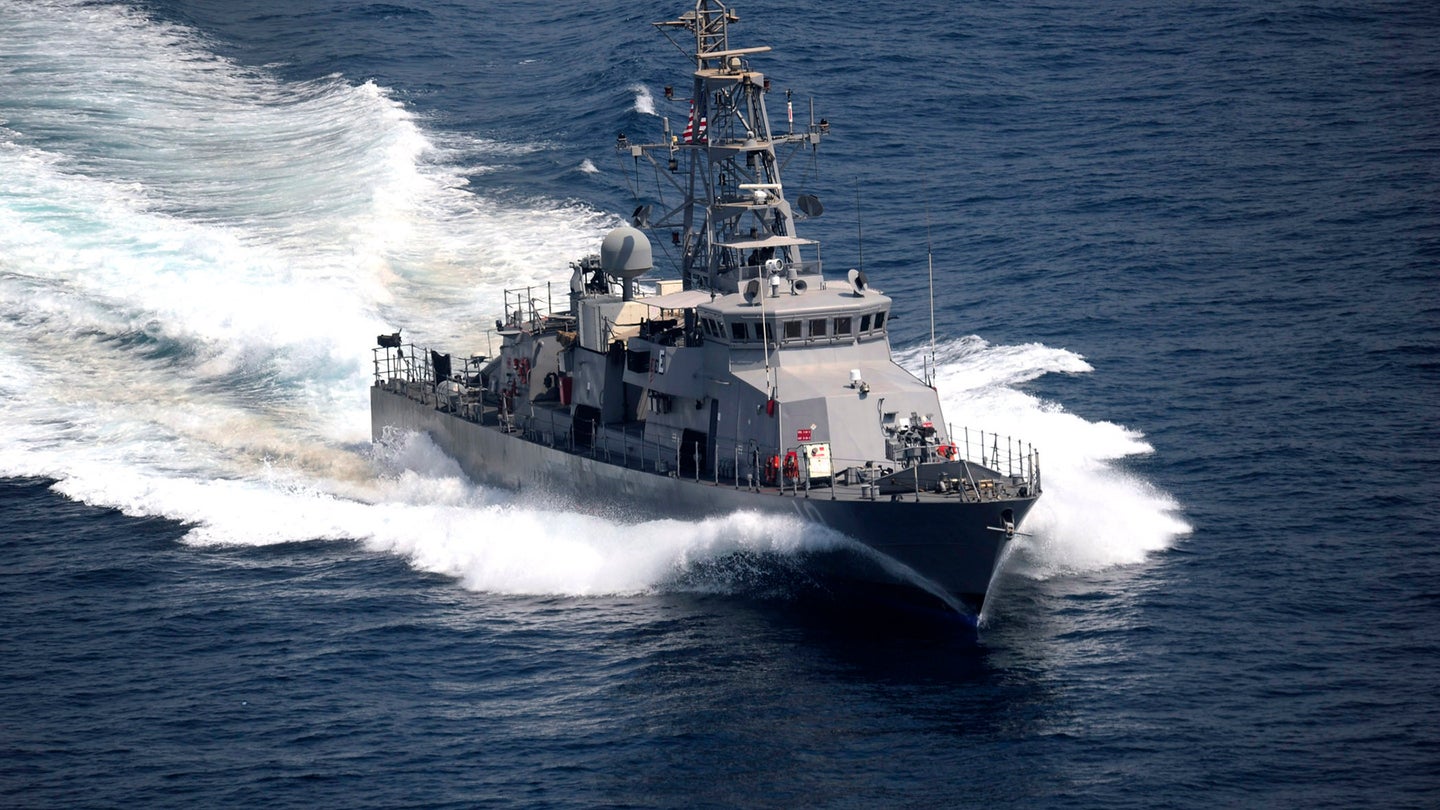 The cyclone-class coastal patrol ship USS Firebolt is underway during an exercise in the Persian Gulf. Firebolt is supporting the John C. Stennis Carrier Strike Group while deployed to the U.S. 5th Fleet area of responsibility. (U.S. Navy).
SHARE

Are you a smuggler or do you know one? Do you know about transporting guns and drugs into, say, certain countries near the Gulf of Aden? Do you want some money? If you’ve answered yes to those questions, then here is a proposition from the U.S. Navy: Provide some information that leads to the seizure of illicit cargo and the Navy will pay you up to $100,000. What could possibly go wrong?

The Persian Gulf is one of the world’s busiest waterways, and also one of its most contentious. Between the oil tankers, the arms shipments being smuggled to Houthi rebels in Yemen, and armed Iranian speedboats playing chicken on the high seas, the Navy has had a lot to keep up with.

When the USS Monterey boarded a small vessel in the North Arabian Sea in 2021, it found a weapons cache so big that it took 36 hours to unload, and the arsenal covered the rear deck of the guided-missile cruiser. In that same year, the Navy seized almost 9,000 weapons, three times what was captured in 2020. These interdictions also seized more than $500 million in illegal drugs, more than the previous four years combined. So, needless to say, the targets are out there.

One major destination for the shipments is Yemen, where Houthi rebels — armed by the Iranian government — have been fighting a violent and bloody civil war against that country’s Saudi Arabian-backed government. The United Nations Security Council has imposed an arms embargo on Yemen as part of that conflict.

“By adding this incentive to voluntarily report tips, we think this can enhance our awareness and vigilance of what’s happening in the waters of the region,” Cmdr. Timothy Hawkins, a spokesman for U.S. Naval Forces Central Command, told Stars and Stripes this week.

The cash rewards are to be administered as part of the Department of Defense Rewards Program, through which the U.S. government offers payment to people who provide useful information. It’s the same program that saw millions of dollars sent to Iraq and Afghanistan to people who could provide the military with useful battlefield tips there. It’s worth noting, however, that the offer for cash for intel is not available to U.S. citizens.

While those tip lines were sometimes less an outlet for valuable intelligence and more for getting the military involved in local disputes, the program is continuing in the Persian Gulf as part of the Navy’s interdiction mission.

So, if you want to dime out an arms smuggler or drug runner,  in the Persian Gulf, the Navy wants to know. You don’t even need to accept cash, as your compensation can come in the form of food, vehicles, or a boat of your own.