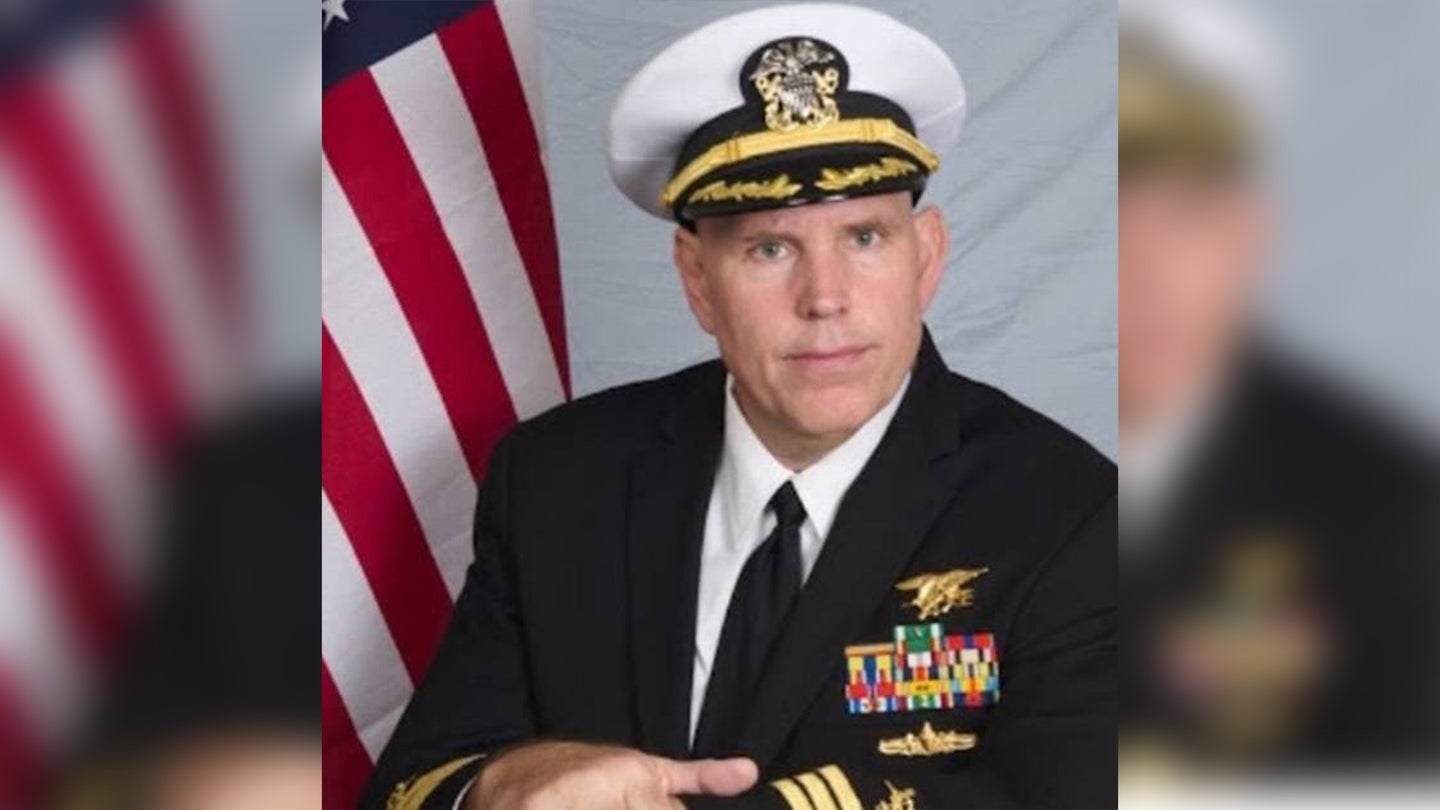 Joseph Fucheck, who posed as a decorated Navy SEAL for years. (Image via Don Shipley).
SHARE

Plenty of people want to be Navy SEALs. Very few can become one, though. And, in lieu of actually undergoing the rigorous training, a few just cut directly to telling people they’re Navy SEALs. Like Miami resident Joseph Fucheck.

As part of a guilty plea for a 2020 aggravated assault, Fucheck, 60, was also ordered to stop posing as a decorated Navy SEAL and police SWAT team member.

In June, 2020 Dwayne Wynn was chatting with a neighbor in his North Miami-Dade neighborhood when he saw Fucheck place a small advertising card in his mailbox and drive away.

When Wynn went to remove the card, Fucheck returned and began a “profanity laced rant” accusing Wynn of not living at his house and stealing the card.

During the incident, which was caught on film, Fucheck began waving around a pistol and referred to Wynn using racial slurs and a derogatory term for gay people.

Fucheck, who was never in any branch of the military, let alone the Navy SEALs, also made sure to tout his non-existent Naval service.

“Damn right, I carry a gun because I’m a 35-year former Navy SEAL!” he yelled. “Go look at my Purple Heart!”

Fucheck was charged with aggravated assault with prejudice, the so-called “hate-crime” enhancement for which he faced up to 15 years in prison.

And there was the whole not actually being a Navy SEAL thing.

When detectives went to Fucheck’s apartment, they found Navy certificates, dress uniforms and a photo of Fucheck dressed up in an admiral’s uniform.

Fucheck was also apparently quite vocal about flaunting his supposed Navy SEAL bonafides. On his Jeep, Fucheck had attached a special license plate for Purple Heart recipients, for which he had submitted faulty paperwork to the Florida Department of Highway Safety and Motor Vehicles.

In 2013, his ex-wife’s husband said that Fucheck showed up at his gym in military fatigues claiming to have been a Navy SEAL and “bragging about how many people he killed in the war he fought.”

Fucheck’s estranged daughter also reported that his house contained a shrine to his non-existent service, and that he would wear his Navy uniform to get free drinks at restaurants.

Retired Navy SEAL Don Shipley had seen photos of Fucheck in his poorly constructed facsimile of a uniform.

“It was all a mismatch, like he just bought it all online,” Shipley said. “He had that uniform custom made. He paid a lot of money for that dog-gone thing.”

Rich Kaiser, director of the Navy SEAL Museum in Fort Pierce, Florida, had seen photos of Fucheck’s array of phony military documents, among them citations for the Purple Heart and Silver Star awarded during the 1989 invasion of Panama.

“The guy claimed to be a vice admiral, which is kind of funny because there’s only been three in the history of the Navy SEALS,” Kaiser said. “And I know all of them.”

Nobody ever said these stolen valor scams were well thought through.

Like all false narratives, though, Joseph Fucheck as a heroic Navy SEAL veteran must come to an end. And this time there’s a court order to ensure it does. If the military is supposed to instill discipline, that will be the one aspect of the Navy SEALs that Fucheck will have to live up to if he doesn’t want to violate his probation.