Louis Garrick Fernbaugh is a former Navy SEAL who left the service several years ago. 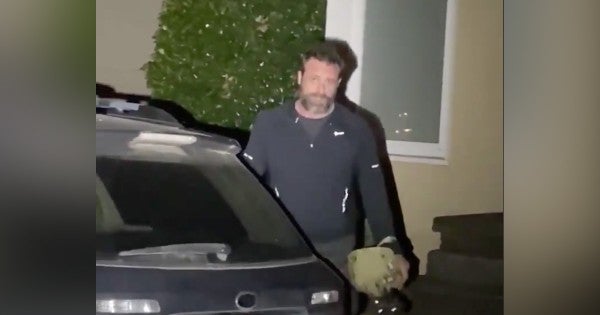 A former Navy SEAL is a “person of interest” in connection with an Aug. 8 incident in Portland, Ore. when at least one explosive device was reportedly thrown at protesters, police said.

Investigators are trying to reach Louis Garrick Fernbaugh, according to Portland police. Task & Purpose has confirmed that Fernbaugh is a former SEAL who left the Navy several years ago.

“Mr. Fernbaugh is a person of interest in this case and still needs to be interviewed,” said Officer Derek Carmon, a spokesman for the Portland Police Bureau.

So far, no witnesses have come forward to help police and investigators do not have the explosive device used in the incident, Carmon told Task & Purpose.

Here's one of the two men that threw pipe bombs at protesters in Portland tonight. https://t.co/cy6UOwY5Se pic.twitter.com/mI90fsE4wx

At roughly 2:28 a.m. on Aug. 8, Portland police responded to a 911 call that “bombs” had exploded in Laurelhurst Park, according to a Portland Police Bureau news release. No injuries in connection with the incident were reported.

A man resembling Fernbaugh was caught on video leaving the scene following the incident, Oregon Public Broadcasting first reported. It was unclear if the man was connected to the explosive device.

Scott Keeler, who attended the Aug. 8 protest, later told Oregon Public Broadcasting that he followed the man, who was wearing a military helmet that reportedly had night vision goggles attached to it.

Keeler has posted video on social media showing his encounter with the man, whom Keeler asked if he had thrown pipe bombs at protesters.

“I don’t know what you’re talking about,” the man replied. “But I’m not that guy you want to f–k with.”

Fernbaugh’s former employer told Oregon Public Broadcasting that she believes that he is the man in the video that Keeler posted online.

Task & Purpose was unable to reach Fernbaugh for comment on Thursday despite multiple attempts.

Related: Remember that guy who went on a racist tirade in Florida? Well, he’s a Navy SEAL poser, too