The Navy has modified its SEAL ethos and creed for special warfare combatant crewmen to remove references to "man" or "brotherhood" in favor of gender-neutral language, a Navy official said Monday. 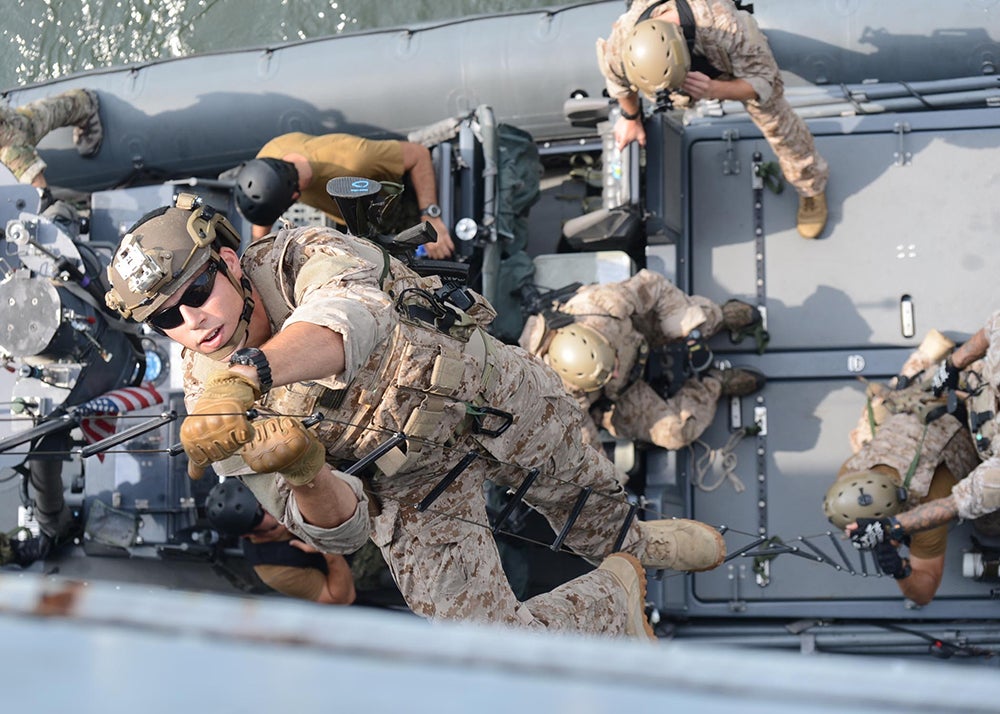 The Navy has modified its SEAL ethos and creed for special warfare combatant crewmen to remove references to “man” and “brotherhood” in favor of gender-neutral language, a Navy official said Monday.

“Updates were overdue,” Stroup added, noting that the changes were “favorably endorsed” by each of the unit’s major commanders and command master chiefs. The changes were first reported by American Military News.

Adjustments were made to just a handful of words. The SWCC creed, which originally mentioned an “elite brotherhood of sailors” standing ready in our nation’s time and need, was changed to an “elite group of maritime warriors.”

The SEAL Ethos, meanwhile, declares its special breed of warriors are “common citizens” with an uncommon desire to succeed, in contrast to the “common man” of the original.

“Forged by adversity,” the ethos continues, “they stand alongside America’s finest special operations forces to serve their country, the American people, and protect their way of life. I am that warrior.” (Original: “I am that man.”)

Additionally, the final line of the ethos, which formerly opened with “brave men,” was changed to “brave SEALs,” which, it continues, “have fought and died building the proud tradition and feared reputation that I am bound to uphold. In the worst of conditions, the legacy of my teammates steadies my resolve and silently guides my every deed. I will not fail.”

“The changes do not in any way reflect lowering standards of entry, rather they ensure that all those who meet the requirements to train to become a SEAL or SWCC are represented in the ethos or creed they live out,” Stroup said. “This improves the posture of the [naval special warfare] force by ensuring we draw from the greatest pool of talent available.”

The Navy has not yet had a female SEAL or special warfare combatant crewman, though a handful of women have attempted training since ground combat restrictions were lifted in 2016. Both specialties require months of physically and mentally-demanding training at the naval special warfare center in Coronado, California.

In December, a female Navy officer completed the two-week SEAL officer assessment and selection but was not selected for a SEAL contract, Military.com reported. And that same month, a Navy official confirmed that three enlisted women were at “various stages” of the 37-week training pipeline for special warfare combatant crewmen.

“The SEAL Ethos and SWCC Creed are our community’s bedrock guidance,” Green wrote in an Aug. 3 memo. “In order to provide more inclusive language, we have revised them to better reflect our diverse ranks now and into the future.”