SEAL Team 6 rescues hostage in Nigeria and takes out all but 1 of the captors: ‘They were all dead before they knew what happened’

Navy SEALs reportedly killed all but one of the seven captors during a hostage rescue operation in Nothern Nigeria. 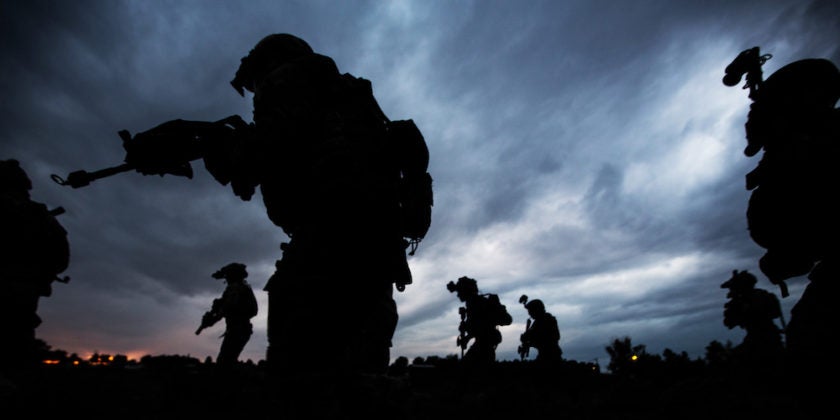 In the early morning hours on Saturday, U.S. military forces rescued an American held hostage by a group of armed men in northern Nigeria, the Pentagon announced. No U.S. military personnel were injured in the raid.

Following the Pentagon  announcement, President Donald Trump tweeted that it was a “big win for our very elite U.S. Special Forces.”

Multiple news stories identified the hostage as 27-year-old Philip Walton, an American citizen living in Massalata, a small rural village in Niger near the Nigerian border, who was abducted by a group of six armed gunmen on Tuesday, according to Reuters.

Saturday’s rescue operation was coordinated by the U.S. government, along with Niger, and Nigeria, ABC news reported.

According to ABC News, American and Nigerien officials did not believe that the hostage-takers were affiliated with terrorist organizations, but because hostages are often sold to those groups, the decision was made to act swiftly.

Though the Pentagon did not identify which unit or units were involved in the operation, ABC News, Fox, CBS, and Reuters have reported that it was the Navy’s SEAL Team 6.

According to ABC News, the SEALs killed all but one of the seven captors, with one counterterrorism source telling ABC, “They were all dead before they knew what happened.”

Pentagon public affairs officials referred all questions regarding the operation back to their initial press release:

“U.S. forces conducted a hostage rescue operation during the early hours of 31 October in Northern Nigeria to recover an American citizen held hostage by a group of armed men,” Pentagon chief spokesperson Jonathan Hoffman said in the statement. “This American citizen is safe and is now in the care of the U.S. Department of State. No U.S military personnel were injured during the operation.