"I’d like to help them because their image right now isn’t very good and I have a million miles on Delta.” 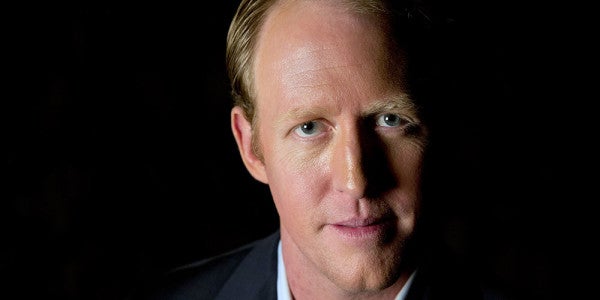 Rob O’Neill wants to speak to the manager of Delta after being banned from the airline for sharing a “joke” photo on Twitter that was critical of mask-wearing.

“If someone felt uncomfortable, I’ll put the mask on,” O’Neill told Fox Business on Friday. “I don’t have a problem with that. I do have a problem being ordered to do it. I don’t think I violated the policy. I’d love to talk to the CEO, Mr. Bastian, about it. I’d like to help them because their image right now isn’t very good and I have a million miles on Delta.”

SEAL busted for not wearing mask wants to speak with the manager. "I’d love to talk to the CEO, Mr. Bastian, about it. I’d like to help them because their image right now isn’t very good and I have a million miles on Delta." https://t.co/WwGYiTvHMc

O’Neill, 44, a former Navy SEAL widely credited with firing the shots that killed Osama bin Laden, was banned from the airline after posting a photo that was later deleted, which showed him maskless on a flight with the caption, “I’m not a p–sy.”

According to the company’s policy, passengers and employees on Delta flights are required to wear face masks for “the duration of the flight,” except for “limited time while eating or drinking.” O’Neill claimed his mask was in his lap, and he was eating and drinking at the time.

“I had six masks with me because I was flying,” O’Neill told Task & Purpose on Saturday. “I take them off to eat but generally wear them. If it makes other people comfortable, I wear them. I’m not anti-mask, just pro humor.”

O’Neill told Fox Business that he posted the photo “as a peaceful protest” to his Twitter followers, though it wasn’t exactly clear what he was protesting (O’Neill did not respond when asked).

“Part of every customer’s commitment prior to traveling on Delta is the requirement to acknowledge our updated travel policies, which includes wearing a mask,” said Morgan Durant, a spokesperson for Delta Air Lines. “Failure to comply with our mask-wearing mandate can result in losing the ability to fly Delta in the future.”

Asked what would happen to O’Neill’s frequent flyer miles or whether Delta CEO Ed Bastian would meet with him, Durant declined to comment.

O’Neill said later that his wife deleted the original tweet that was posted to his nearly 385,000 followers, and he maintains the photo was a joke. The conservative military veteran often intersperses jokes with political commentary on his social media accounts, though he has repeatedly cast doubt on the efficacy of masks and criticized orders mandating their use.

You know that shit you’re wearing on your face is novelty, right?

“Mask” is easier to say than “Placebo”.

The Centers for Disease Control recommends all people over the age of 2 wear a mask while in public to stop the spread of the novel coronavirus (COVID-19), especially when social distancing measures are difficult to maintain. Many states have mandated the wearing of masks in public, including O’Neill’s home state of Montana, which requires members of the public to wear face coverings in indoor spaces and during some outdoor activities.

“I’m not anti-mask,” O’Neill told Fox Business. “I don’t think you should be ordered to do it.”

On Thursday, O’Neill shared an article written in April by researchers at The University of Minnesota saying that there was limited data on the effectiveness of masks. Despite its headline of “Masks-for-all for COVID-19 not based on sound data,” the researchers wrote, “We support the wearing of face coverings by the public when mandated and when in close contact with people whose infection status they don’t know.”

They went on to encourage everyone to limit time spent indoors since “cloth masks and face coverings likely do not offer the same degree of protection as physical distancing, isolation, or limiting personal contact time.”

Additionally, the article shared by O’Neill is more than four months old. According to guidelines posted by the CDC earlier this month, new scientific evidence has emerged that “shows masks reduce the spray of droplets when worn over the nose and mouth.”

The U.S. has had more than 5.5 million cases of COVID-19, resulting in more than 174,000 deaths, according to the most recent figures from the CDC. More than 40,000 are currently hospitalized.

The number of positive tests for COVID-19 has decreased since mid-July, according to the CDC.

This article has been updated with a comment from O’Neill received after publication.