"The Way Forward" is being billed as a combination war memoir and self-help book. 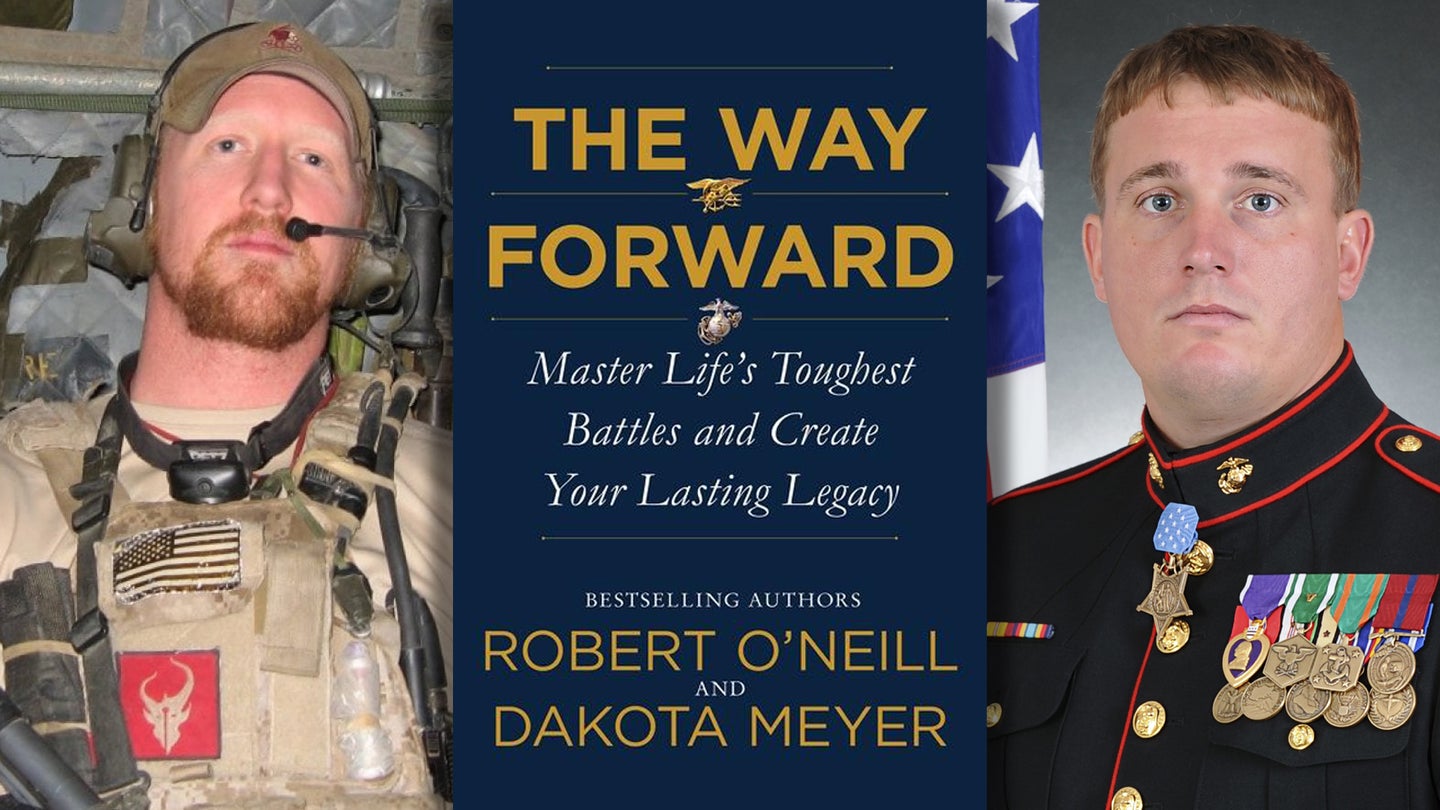 The Navy SEAL who fired the shots that killed Osama Bin Laden and the first living Marine to receive the Medal of Honor since the Vietnam War are writing a self-help book.

Described as “the best of military memoirs and straight-talking self-help,” according to its official website, “The Way Forward” will shift between the perspective of Robert O’Neill and Dakota Meyer as they ruminate on their time in the military, and offer some lessons learned along the way — all of which is pretty standard fare for a memoir.

O’Neill, a former SEAL Team 6 member who was on the May 2011 raid to kill Bin Laden in Abbottabad, Pakistan, and Meyer, a Marine veteran who was awarded the Medal of Honor for his actions in Afghanistan in September 2009, announced that they had teamed up to write “The Way Forward,” earlier this week.

What makes this book notable is the prominence of both Meyer and O’Neill in the military and veterans community — having their names share an author credit is likely to be treated as a double feature, but instead of 80s and 90s B-movies, it’ll be war stories and gallows humor. So it stands to reason that their decision to team up and co-author a book will make a splash when “The Way Forward” comes out in March 2022.

During the Battle of Ganjgal in September 2009, Meyer hopped into the exposed turret of a gun-truck as another Marine drove the vehicle headlong into an attack against an allied patrol, with the goal of drawing their fire and disrupting the ambush. According to his Medal of Honor citation, “Meyer’s daring initiative and bold fighting spirit throughout the 6-hour battle significantly disrupted the enemy’s attack and inspired the members of the combined force to fight on.”

Aside from his role in the Bin Laden raid, O’Neill reportedly took part in more than 400 missions during his 16 years in the Navy.

And if their war-time heroics don’t draw attention, then O’Neill’s recent headline grabbing antics probably will. In the last year or so, the 16-year SEAL veteran has attracted media attention for a variety of reasons: from getting kicked off of a commercial airline for refusing to wear a mask, to becoming the spokesman for a very military-themed beer company, to his suggestion that he be used like a real-life John ‘Hannibal’ Smith and given his own A-Team so they could rescue Americans awaiting evacuation out of Kabul. Oh, and there’s the congressional run he hinted at on Twitter.

This seems to have been hinted at by the book’s publisher, HarperCollins, which noted that in addition to their similarities in service — both are highly decorated post-9/11 combat veterans — they are also “advocates for veterans, and share a non-PC sense of humor.”

Though “non-PC sense of humor” isn’t quite the same as: “Likely to say things that will potentially stoke controversy and end up as headlines in the news.”

The book announcement also includes quotes from a few prominent figures, from Fox News host Pete Hegseth to broadcaster Piers Morgan, as well as retired Adm. William McRaven, the Navy SEAL who oversaw the Bin Laden raid. “The Way Forward will help every reader master their own challenges — this is a must-read book!” reads an excerpt from McRaven.

The expected publishing date for “The Way Forward” is listed as March 1, 2022 and is available for pre-order now.