On the front page of Imgur today, there's a great post featuring “the greatest understatements of all time.” It's a... 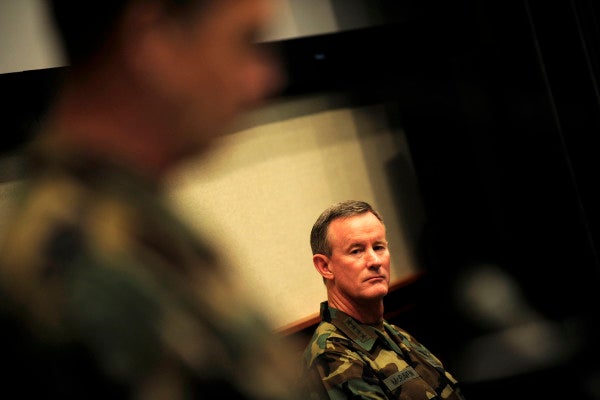 On the front page of Imgur today, there's a great post featuring “the greatest understatements of all time.” It's a really fun read, featuring legendary quotes like “Houston, we've had a problem.”

But they forgot one. In the middle of the raid to kill Osama Bin Laden, Adm. Bill McRaven, commanding the operation from Afghanistan and relaying updates to the president and his team in the White House Situation room, delivered an unforgettable understatement when things looked like they were starting to go wrong.

The moment is chronicled in a report by NBC Nightly News Anchor Brian Williams.

It was the most important military operation in decades, a daring raid to kill the world's most infamous, and most wanted man, Osama bin Laden, and one of the two helicopters had just crashed inside the compound.

But as Williams says in his report: “Back inside the Situation Room, listening to Adm. McRaven's play-by-play of the mission, you'd never know something had gone wrong.”

All McRaven said to the Situation Room was: “We've amended the mission.”

“That room had tremendous confidence, because indeed, the officer commanding this operation, Adm. McRaven, didn't have a change in intonation in his voice,” said Tom Donilon, who at the time was the National Security Advisor.

“He is a cool customer,” the Obama said of McRaven, laughing.