Coalition Forces Spent All Night Freeing A Camel In Afghanistan, Then Wrote A Press Release To Let Us Know

I feel like I can say this having worked in public affairs for the entirety of my term in the... 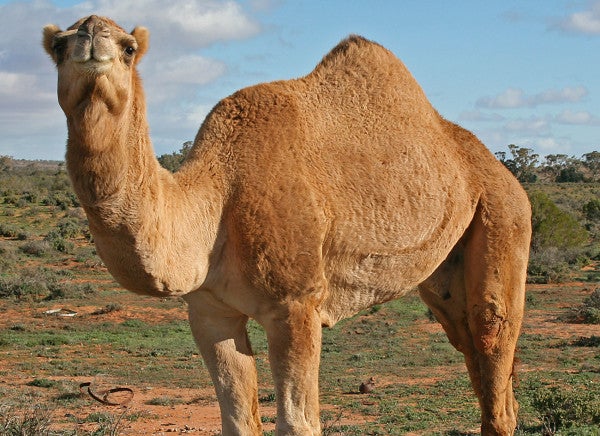 I feel like I can say this having worked in public affairs for the entirety of my term in the Marine Corps, including a pump to Afghanistan — sometimes it really misses the mark.

The Marines recently released a story about how they spent all night, hand-in-hand with their partners Afghan National Security Force, freeing an effing camel that was trapped in a ditch.

It’s more the chest-thumping that goes along with telling the American people about it in a news release, as if this helps us succeed in the 12th year of a war where thousands of brave men and women (including some friends of mine) have died.

It’s like when your cat brings in a dead bird and presents it to you as if to say “does this make you happy?”

The tongue-in-cheek release, which I will print in its entirety below, reflects perhaps some misplaced priorities for coalition forces and the public affairs teams that are supposed to be communicating their work in a warzone back to the American people.

And as much as I may love animals, I would have rather learned that Marines and their coalition partners spent the night fighting the Taliban, or developing infrastructure, maybe.

Here’s the release, from I Marine Expeditionary Force (Forward):

A camel stranded in a ditch was safely freed at Camp Dwyer, Helmand province, Afghanistan, March 7. Together International Security Assistance Forces with 1st Battalion, 9th Marine Regiment, and Afghan National Army soldiers with 1st Brigade, 215th Corps, worked overnight to assist the camel. Shortly after release, the camel walked away freely into the surrounding desert area. There were no additional camels or animals stranded at the time of this incident.