Iraqi Suicide Bomb Instructor Accidentally Kills Himself And His Students

A class on how to detonate a suicide vest at an insurgent camp just north of Baghdad went awry today... 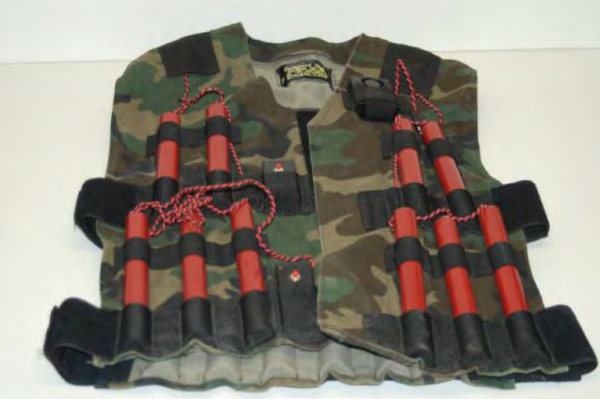 A class on how to detonate a suicide vest at an insurgent camp just north of Baghdad went awry today when the instructor accidentally blew up himself and his students, killing 22 and wounding 15, the New York Times is reporting.

The extremists belonged to a disavowed offshoot of al Qaeda called the Islamic State of Iraq and Syria.

The felled instructor of his class, who martyred himself of the name of … well, education, I suppose, is described by an Iraqi military official quoted in the Times report as “a prolific recruiter” who was “able to kill the bad guys for once,” albeit unintentionally.

Additionally, eight militants were taken into custody by Iraqi authorities as they attempted to flee the scene.

Iraq has in recent months seen a resurgence in the violence that U.S. and coalition forces spent years and billions of dollars beating back. The New York Times also recently reported on how the extremists raised a flag over the city of Fallujah, where in 2004, U.S. Marines and other forces engaged the insurgency in fierce fighting. News that the city had fallen back into the hands of the enemy elicited a passionate response from many of the veterans who fought there.

Among them was Hirepurpose’s founder and CEO Zach Iscol, who commanded Marines in that fateful battle.

Iscol recently appeared on a panel on Charlie Rose to discuss the situation in Iraq.

“The wrong question to ask is whether or not it was worth it based on what happens in Fallujah,” he said. “I think much more important is what happens to us as a country.