Nearly 13 years after 9/11, the United States is poised to have its first senator who raised his or her... 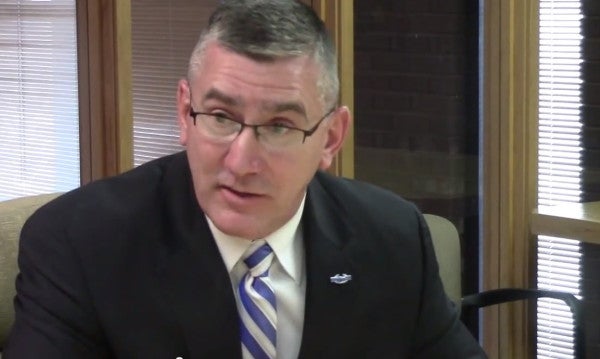 Nearly 13 years after 9/11, the United States is poised to have its first senator who raised his or her hand to fight in the resulting military conflicts.

The Governor of Montana, Steve Bulloch, has nominated his Lieutenant Governor, John Walsh, to fill the vacancy created in the U.S. Senate by the departure of Sen. Max Baucus, who resigned in order to serve as the U.S. Ambassador to China.

Walsh, a former Brigadier General in the Montana National Guard, will become the first veteran of Iraq and Afghanistan to serve in the U.S. Senate.

Walsh commanded the 163rd Infantry Battalion in combat operations in Iraq in 2004-2005, earning a Combat Infantry Badge and a Bronze Star.

He retired from the Guard in 2012 to run on the bottom half of the ticket in the gubernatorial race with Bulloch.

Bachus today was confirmed by the Senate to assume duties as U.S. Ambassador to China in a 96-0 vote. He was already planning to retire from the Senate in 2015, and Walsh had announced his intention to run to fill the vacancy.