Sen. John Walsh of Montana has released a statement to his supporters indicating he is dropping out of the Senate... 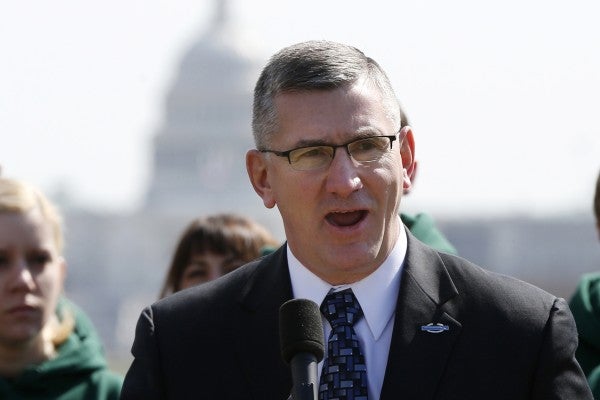 Sen. John Walsh of Montana has released a statement to his supporters indicating he is dropping out of the Senate race, according to the Billings Gazette.

“I am ending my campaign so that I can focus on fulfilling the responsibility entrusted to me as your U.S. senator,” Walsh said in the statement. Editorials from newspapers across Montana had been calling on him to drop out of the race.

The first Iraq War veteran to serve in the U.S. Senate, Walsh was lieutenant governor of Montana when he was appointed last February by Democratic Gov. Steve Bullock to replace Max Baucus, who left the Senate to serve as U.S. ambassador to China.

Walsh’s campaign never looked great, and the most recent polls had already been trailing substantially behind against his Republican opponent Rep. Steve Daines, but the revelations concerning blatant plagiarism of his final master’s paper at the Army War College have sent his campaign into a tailspin.

The New York Times reported on July 23 that Walsh had lifted the conclusions to his thesis wholesale from a paper by the Carnegie Endowment for International Peace written on the same topic.

Many politicians have survived plagiarism scandals with little problem, including Kentucky Republican Sen. Rand Paul and Vice President Joe Biden. But Walsh raised a lot of eyebrows when his campaign blamed post-traumatic stress for the cheating, citing medication and the suicide of a soldier he commanded.

Walsh had commanded the 1st Battalion, 163rd Infantry Regiment of the Montana National Guard in Iraq from 2004 to 2005. He later went on to serve as adjutant general and retired as a brigadier general.

The War College will hold an academic review panel in August to decide whether the plagiarism charges are true. If so, Walsh’s degree could be rescinded.

Though Walsh will serve out the remainder of his term, his exit from the campaign should come as no surprise. He has faced a firestorm of criticism in his home state, including from many veterans.